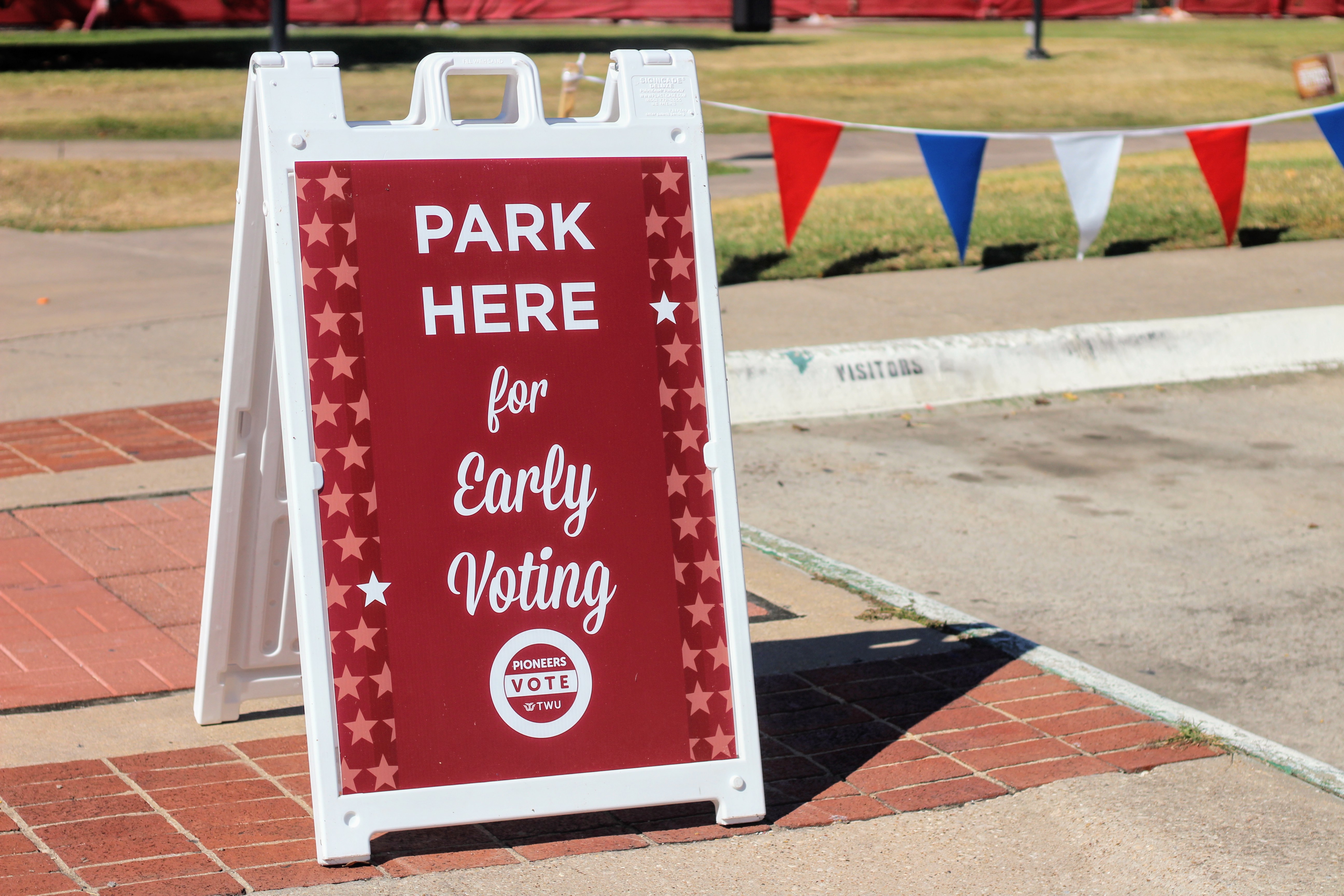 TWU serves as an early voting location for Denton County

Texas Woman’s University’ Student Union is serving as an early polling site this election season as part of attempts to encourage greater voter engagement among students.

Starting with early voting that begins Oct. 21, students and others registered to vote in Denton County’s November election can do so on the Texas Woman’s University Denton campus. Early voting will take place in Room 113 of the Student Union and will last from Oct. 21 to Nov. 1. TWU is also planning to serve as an early voting location for the primaries taking place in March.

“This is a great way to help our Denton county students and employees vote,” TWU professor of political science Jennifer Danley-Scott said. “Constitutional elections often have very low voter turnout, so having an on-site polling location helps raise student and employee awareness about the election in general.”

The decision was made as part of a push to promote greater civic engagement at TWU, one of only seven Texas institutions named voter-friendly in 2019. TWU’s voting rate, 48.3 percent in 2018, came in higher than the national average among institutions nationwide according to data from the National Study of Learning, Voting and Engagement.

“We are excited to serve as a polling site for elections,” Stephanie Krauth, associate vice president for student engagement, said in a university press release. “For the past 18 months, we have been very intentional about promoting the need for civic engagement, and we hope that providing access to polls on campus helps to encourage voter turnout among our students and our neighbors.”

Students agreed bringing a location to the Denton campus increases access to the polls.

“As someone who cannot drive, this makes it a lot easier to vote,” Nancy Perez-Ramirez, sophomore history major said. “Voting is something everyone should do. There are people who can’t vote for a number of reasons and want to vote, so why would you not?”

A portion of the visitor’s parking lot has been set aside for voters to use for parking, and the way to the voting room is marked from the outside of the Student Union up to the door by signs and stickers of black footprints on the ground.

Some students encouraged others to take advantage of the on-site location to vote.

“It’s something everyone should do,” Gabrielle Fornof, pre-nursing sophomore said. “It gives people a voice in the government.

The current election covers local constitutional amendments, including several regarding taxes and state funding and one regarding allowing law enforcement animals to be adopted in certain circumstances.

For more information about items on the ballot, a comprehensive list can be found here.

Featured image: A sign marks nearby parking for voters during early voting at The Brackenridge Student Union of Texas Woman’s University in Denton, Texas on Monday, Oct. 21, 2019. Photo by Sarah Pham.