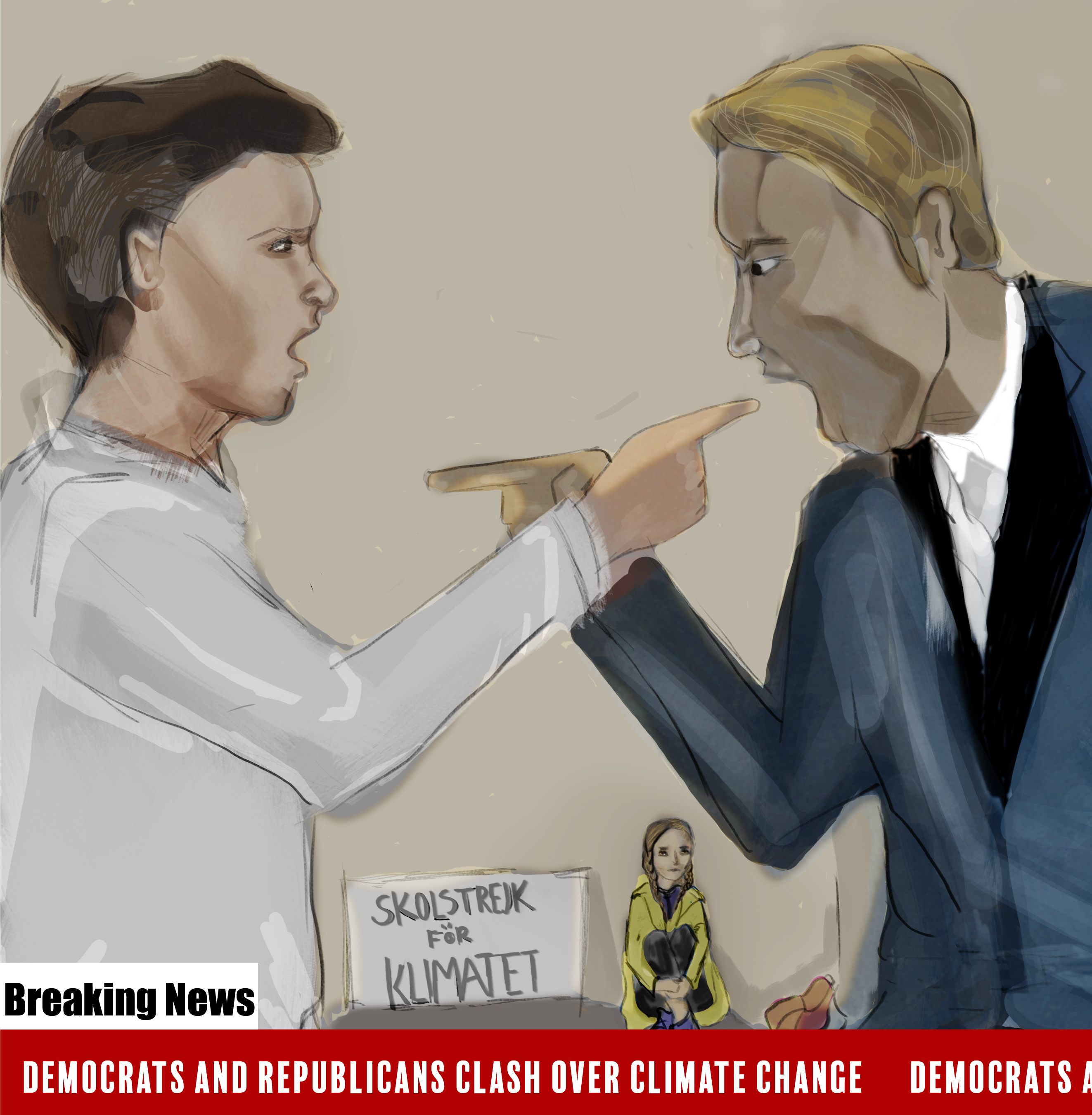 The discussion of Greta Thunberg has shifted from a debate on the reality of climate change to the simple and much too common problem of one party disliking the other.

Thunberg receives backlash primarily from the right side, and general praise from the left side — but both sides are missing the point. Common, heated discussions on news outlets seem to be personal attacks on Thunberg’s mental health or criticism of Republican’s comments about her.

But why are we discussing her instead of her message?

Thunberg is the current face of climate reform. She’s 16 years old and is known for unabashedly demanding that world leaders acknowledge the prominent threat our world is facing right now in regard to climate change. She’s spoken at the United Nations and the Vatican, been nominated for a Nobel Peace Prize, and lead a global climate strike— feats that not many people have accomplished.

It’s obvious that grown adults shouldn’t be bullying young children on television, but I also believe there are some Thunberg supporters who agree with her simply because they know that the right side dislikes her.

Thunberg’s rise to worldwide icon for climate change is inspirational, but there needs to be an acknowledgment that she is 16 with no scientific background. People shouldn’t just trust everything she says simply because they like that she makes many members of the GOP mad. There are holes in her stances that need to be discussed as well, and one of these is her push for veganism.

Due to the increase in the popularity of the Thunberg-approved vegan diet, many food companies have introduced vegan options, but most of these products have not been approved by the FDA. One of these is McDonald’s new burger, which is made by the company Impossible Burger. After the company sought approval, the FDA denied them because the burgers are mostly GMOs that haven’t been largely researched yet, and pose the threat of being composed of mainly allergens.

There’s also the economic downfall of switching to plant-based diets putting farmers out of business. Not just in the United States but in impoverished countries like Haiti and Brazil, nations which don’t have the money to switch to alternative productions. But Greta says it’s okay, so go for it!

Or don’t. Use your brain and do your own research. We are a country of sheeple instead of freethinkers, and this leads to brutal discussions over 16-year-old girls instead of action being taken.

No matter what you believe about Thunberg, you must acknowledge that she has proved one thing – young people have the ability to change the world. Love her or hate her, Thunberg has managed to spark a worldwide discussion on the importance of climate reform.

Rather than blindly following your party or being a relentless hater, listen to her message, do your own research and decide for yourself.