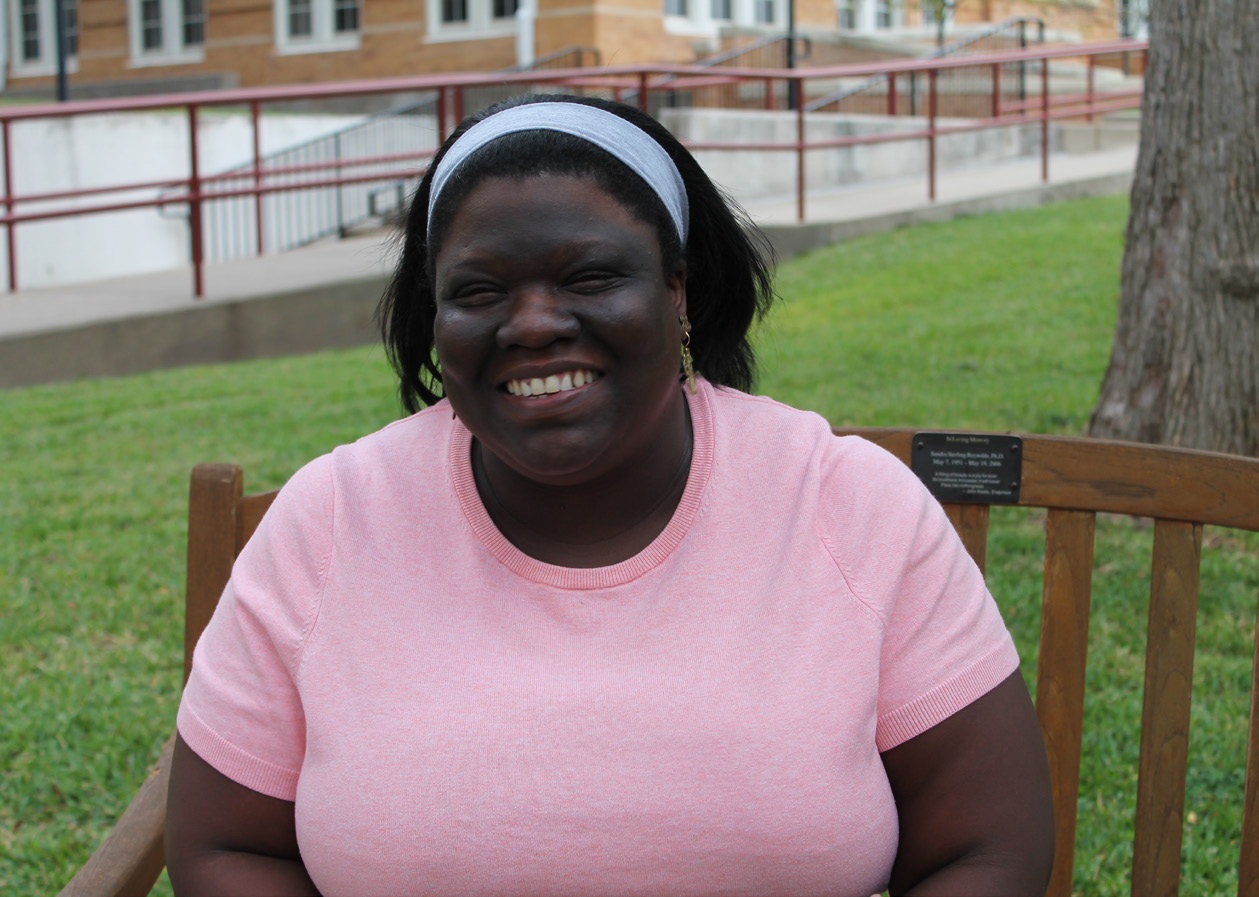 A self-identifying Afro-Latina, Johnson’s parents made the crucial decision to move their family to America from Panama. The decision to leave wasn’t for lack of money or any ongoing war. In fact, Johnson states: “My dad was a firefighter in Panama. Back then, that was a very prestigious  job — So much so, that it paid a lot of money. My mother did not work; she actually had two maids.” The decision ultimately arose from the way Black women are treated in Panama. “As a Black woman in Panama there was only two roles: wife & mother or maid. My dad was like, there’s no way I’m gonna have my daughters doing that,” Johnson said.

Right now, she teaches English courses and looks forward to a PhD in Rhetoric and achieving tenure in the future, but her life was not always headed in this direction. Being raised in a Spanish-speaking home made for quite a bit of difficulty when it came to college-level writing courses. Johnson said: “My parents are… bilingual – Spanish. They didn’t speak to us in Spanish, but they still spoke it in the house. Hearing that and then hearing English when I went on the outside kind of made words jumble a bit for me.”

In turn, Johnson’s first undergraduate English course was actually developmental writing. Back then she did not even plan on pursuing English or teaching; she fully intended on going into the FBI. Johnson realized she wanted to pursue teaching and English after taking a class called “Argument Persuasion” while completing her master’s program.

In the classroom, Johnson makes sure that her students know that their input is just as important as hers. Johnson feels that classroom discussion is a key part of her teaching methods, as lecture courses do not typically allow for creativity to flow. Johnson said: “My most favorite part [about teaching] is when students make connections for themselves. I may see something one way, but it’s so exciting when students make use of the tools and take it another direction. That helps me, number one, hone my pedagogy and that helps me see something a different way. My way is not the only way.” Johnson feels that as an instructor, it is her responsibility to help students reach their full potential any way she can.

Johnson’s goal is to be someone that students of color can look up to. During Johnson’s higher education career there were not many people that she could look up to. Johnson said: “All through my undergraduate career, I had exactly one faculty of color, Chicana, because I took a Chicana studies class. That was it. All of my other faculty were white men or white women. Even in my master’s program I did not have any faculty of color.” Just by teaching, Johnson diversifies TWU and shows students of all colors that anyone and everyone can pursue higher education.