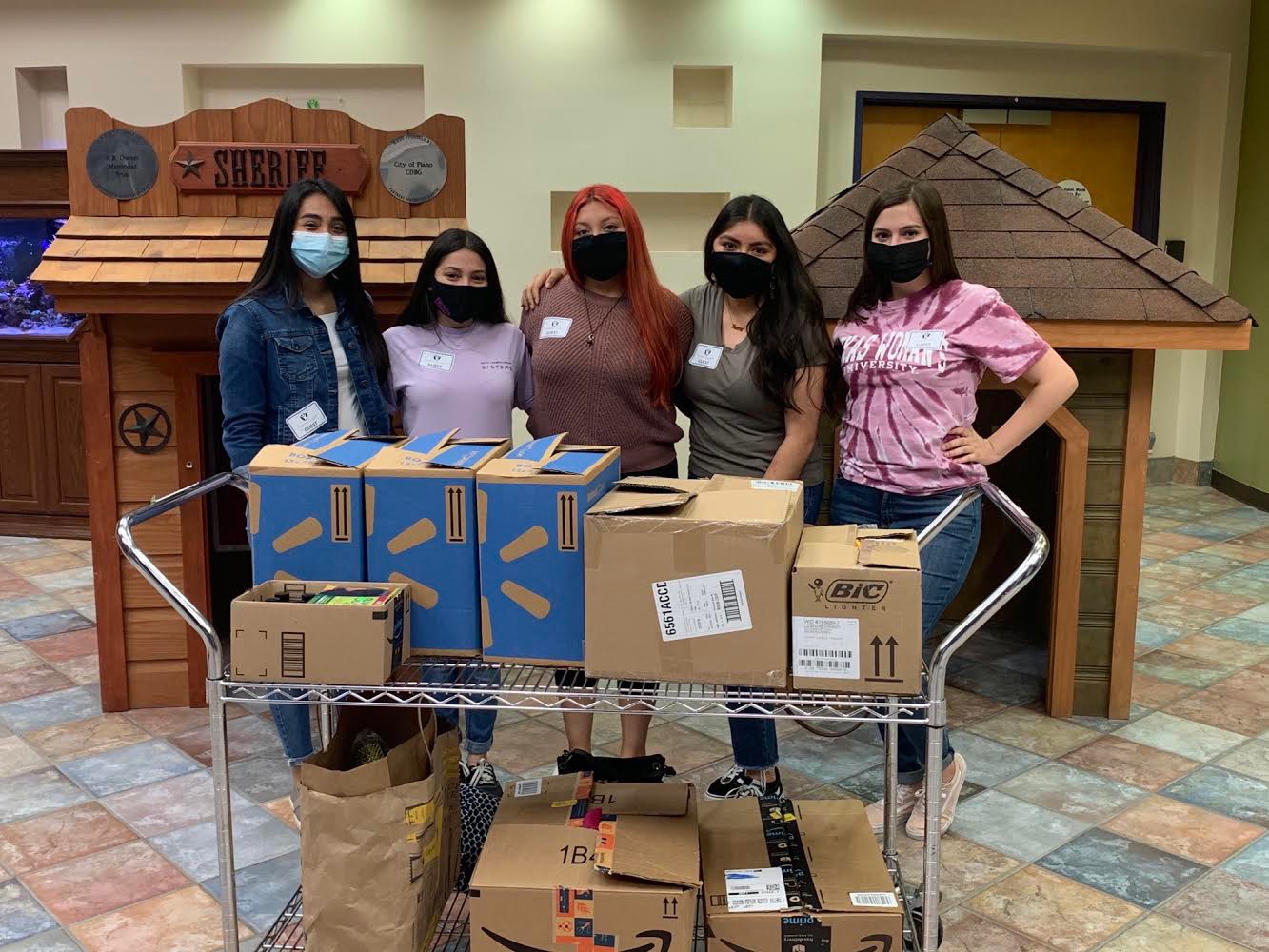 A Texas Woman’s University project called “WomxnEmpowerWomxn” was developed by students who collaborated with the Children’s Advocacy Center of Collin County to donate African American hair products and hijabs for Muslim girls.

The Children’s Advocacy Center is dedicated to serving survivors of sexual and physical abuse along with human trafficking in Collin County and assists Denton, Dallas, and Tarrant Counties. The center provides a safe, child-friendly environment to support children going through the criminal justice system. They have over 200 professionals working to protect children from further harm and heal from traumatic experiences.

This project initially started as an assignment in TWU’s Social Work Macro Practice Class by Daniela Castillo Vazquez, Daisy Guerrero, Jennifer Nuno, Alesia Ortiz and Jacqueline Valdez-Ortiz. The group was given a list of multiple organizations but chose the center to help the kids in need.

“We met with Janice Peterson [intern supervisor at the agency], and she’s the one that told us essentially what we could do for her and the organization to benefit them,” Valdez-Ortiz said. “That’s when she told us that they need African American hair products and hijabs.”

Children in severely abusive homes that are displaced are left with nothing but the clothes on their backs. The advocacy center has a “Rainbow Room” where children can find the basic necessities that are needed for daily living. However, African American children have limited options for personal care and hygiene products such as Pantene and other products that do not cater to their hair texture, Valdez-Ortiz said.

The Muslim community faces similar issues—the agency does not have hijabs for the kids that may need new ones. The group sought out to raise money to buy these products, helping the agency’s mission to provide for the displaced children.

The group passed out flyers to TWU students and on the Denton Square as well as utilized social media to spread awareness about the project.

The original goal for the group was to raise $500, but the group surpassed their goal by raising $1050 along with other physical donations, according to a news release. The group realized that not everyone could donate money, so they took physical donations as well.

Valdez-Ortiz said that the group became overwhelmingly happy in giving back to the kids in need. Their hard work and dedication were shown when they could buy ample amounts of hair products and hijabs for the kids.

“At first it seemed, like, so simple,” Valdez-Ortiz said. “We kept raising awareness on issues like hair products and sexual assault, but then we dug deeper into why we’re doing this, to increase inclusivity. They [the agency] have in the mission statement that they’re culturally competent and that they advocate for different populations but when it comes down to it, they don’t have the correct hair products.”

For more information on empwrwomxn, visit them on Instagram.