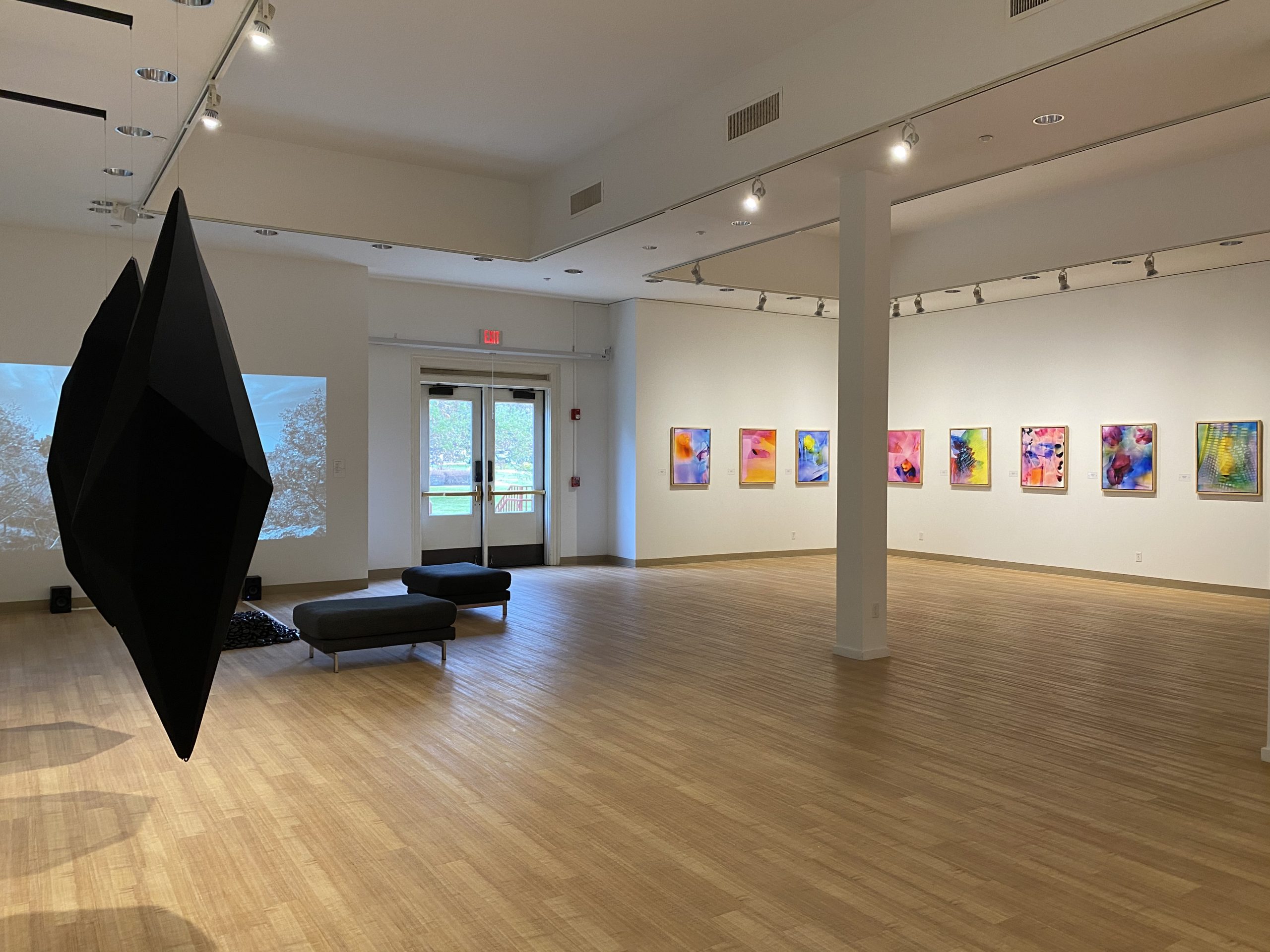 The MFA exhibition occurs each semester and is the culmination of the MFA thesis exhibition course required for graduate students. It displayed artwork that students had been researching and creating during their times in the MFA program, which touched on socioeconomic matters like gentrification and land confiscation, as well as personal topics like self-identity and mental illness.

Student-artist Anna Galluzzi presented pieces with vibrant and coherent color schemes across various mediums including clay and wood. She said that her main inspiration came from the Pattern and Decoration movement of the 1970s, along with Henri Matisse’s paper cutouts and much of Greyson Perry’s work.

“A lot of super conceptual work was being created at the same time [during the 1970s], and the artists in the P&D movement such as Miriam Shapiro, were trying to validate decorative arts,” Galluzzi said. “I also draw a lot of inspiration from biology, visual languages and the visual saturation currently associated with the internet.”

Galluzzi had been working on the pieces for her thesis, titled “Anxiety (but make it cute),” since the beginning of summer 2020 and developing the concepts since she began graduate school in      fall 2018. The journey to completion was taxing at times, but the support system that surrounded her helped her feel prepared for the challenges that came her way, Galluzzi said.

Galluzzi said she wants her pieces to give viewers a sense of joy and escape, as she created each with the hope of delivering messages of brightness and cheer.

“I see my artistic practice as a way to cope with my anxiety and I want other people to see that art doesn’t have to be hyper-conceptual or super edgy,” Galluzzi said. “It can just be cute flowers, and that’s valid.”

Fellow student-artist Michael Mulvey created a series of social commentary pieces centered around the gentrification in West Dallas and the La Bajada community. After witnessing what he said was overwhelming change within the area throughout the years, Mulvey felt inspired to preserve the area’s original charm through photography.

“I, instead through walking and mapping, realized that the items left behind and that existed on the land from those who came before were important,” Mulvey said. “They, in essence, contained the last memories. I started working on how I could photograph these items which, in many cases, would only be referred to as trash. I wanted it to be a new memory representing those who came before and built the community long before the coffee shops and sprawling apartments.”

Mulvey used photogram and pictogram processes, using the DaDa movement that began in the early 1900s and artists Man Ray and Lazslo Moholy-Nagy for his artistic direction. With this, he created 11 abstract giclee prints, 10 of them displayed in custom maple floating frames that he also made himself, and the eleventh being a mural.

Through his gentrification series, Mulvey said he hopes the artworks encourage viewers to interpret the images within the prints and start a conversation about the effects of rapid economic change within communities.

“It is in the space where you realize the beauty of what was left behind that you start to grasp new concepts and ideas of how our daily items contain memory and the demand of the gentrification process,” Mulvey said.

TWU’s undergraduate seniors will also be presenting their capstone course artwork in the Bachelor of Fine Arts spring exhibition April 26 through May 7.