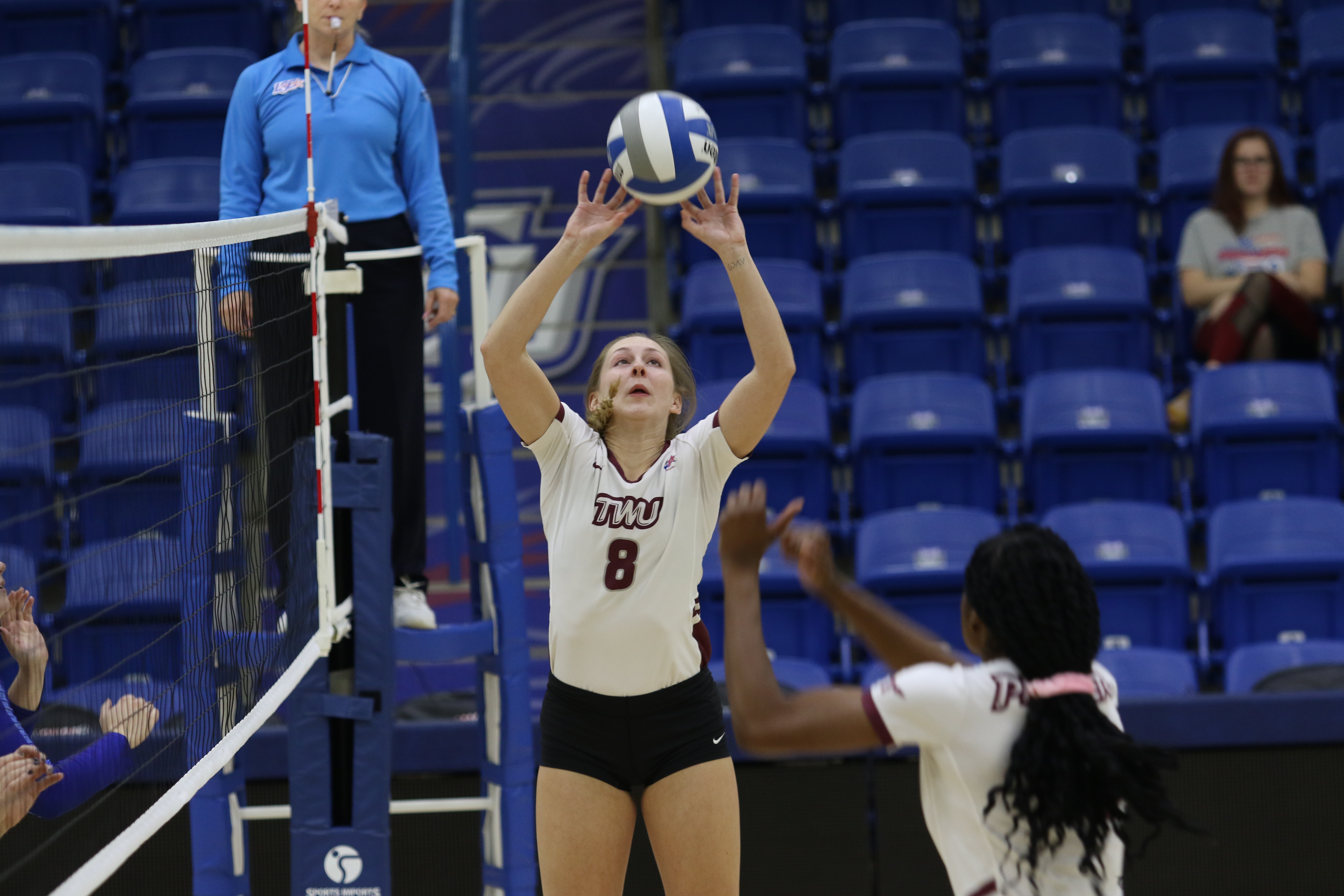 After an emotional Senior Day ceremony Saturday, the Texas Woman’s University soccer team came up short against the Hilltoppers, losing 2-1 against St. Edward’s.

Though the Pioneers won Friday’s game against Angelo State and set soccer’s record for most wins in a regular season with 12 victories, that momentum was not able to carry them toward a win against the No. 2 team in the Lone Star Conference.
“Our team gave everything that they had,” head coach Babak Abouzar said in a news release. “I think our team did a great job of fighting back.”

Though the first half of the game initially produced no goals on either side, St. Edward’s upset the Pioneers with two back-to-back goals around the 50-minute mark.

“As soon as St. Ed’s got two (goals) in on us,” Abouzar said. “It’s like the level of intensity picked up – I’m really proud of my team of how they fought back and how they made it an interesting 5-10 minutes (at the end of the game).”

Though Makenna Guidry’s first-career goal in the second half was not enough to carry the Pioneers to victory, Abouzar emphasized his gratitude for the six seniors recognized in the ceremony.

“They have meant a lot to this program,” he said. “They are a group who not just leads on the field but leads off the field by example.”

Looking ahead, the Pioneers said they are optimistic about their chances at success.

“We are preparing to put ourselves in a good position for the conference tournament by taking care of business in our last two conference games,” redshirt senior Brittany Jones said. “We are a resilient family, and we will continue to prove that throughout the rest of season.”

The Pioneers face St. Mary’s in San Antonio Thursday night before heading to Laredo for their final match of the regular season, against Texas A&M International.

Though the Pioneers did not emerge victorious, head coach Jeff Huebner commended the players for their performance during the match.

“Addison Mulroney had a great match for us and hit her season high for efficiency,” Huebner said in a news release. “I thought that Kori James played really solid in her first full match. Bailey Wozniak set really well and did a good job being and efficient point scorer for us as well.”

The Pioneers will face Midwestern State in back-to-back games this weekend.  The teams will compete in Wichita Falls Friday and return to TWU Saturday for a match in Kitty Magee Arena.