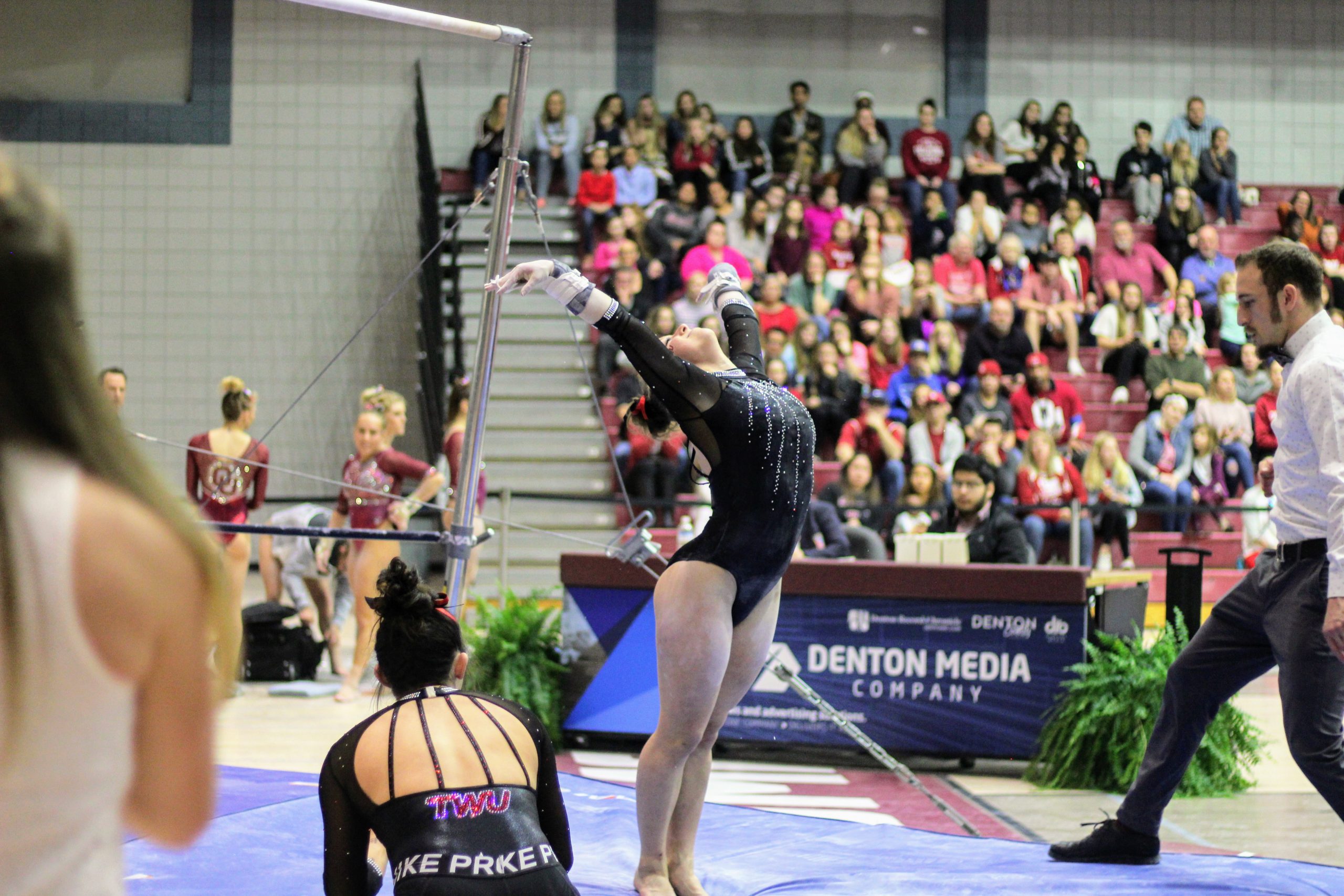 Pioneers gymnastics fell short as a team in Sunday’s match against the number one collegiate gymnastics team from University of Oklahoma, hosted in the Kitty Magee Arena finishing 197.900-195.225.

The meet was met with generally high individual scores with not one gymnast scoring below an average of 9.625 in the categories.

First up on vault was first-year kinesiology major Mara Johnson who scored an average of 9.700, contributing to the team’s total score averaging 48.800.

Head coach Lisa Bowerman gave credit to the team for their hard work and effort.

“The girls did an incredible job of focusing their energy exactly when and where they needed to in order to be successful in this two-meet weekend,” Bowerman said. “I am very proud of the team effort today and am looking forward to what is still to come for this team.”

Despite the loss for the Pioneers, the gymnastics competition was met with new individual records. Six gymnasts, including second-year marketing major Domi Bonzagni, first-year marketing major Mackenzie Kuzman and first-year informatics major Beth Lazarus, achieved a total of nine personal bests at Sunday’s meet. Both Bonzagini and Kuzman set their bests on the beam and floor while Lazarus finished the competition improving her scores on the vault and the uneven bars.

The conclusion of the meet has placed TWU’s gymnastics team at 4-5. The team is soon to compete against OU again as well as West Virginia University Feb. 14 at the OU’s Lloyd Noble Center.

Featured image: Beth Lazarus sticks the landing for the uneven bars during a gymnastics meet against Oklahoma University at The Texas Woman’s University Kitty Magee Arena in Denton on Sunday, Feb. 2, 2020. Photo by Sarah Pham.