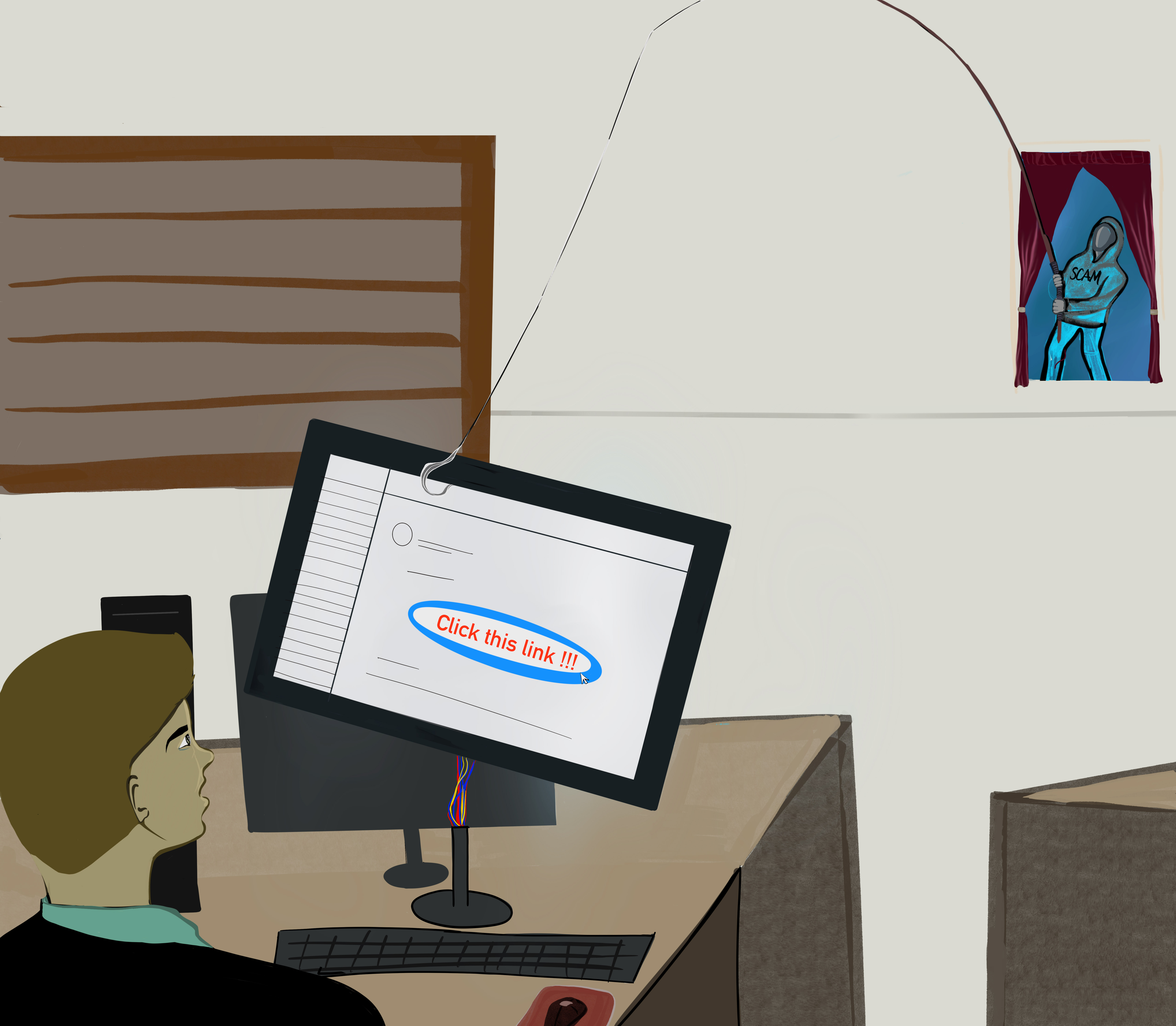 After months of being in the clear, Texas Woman’s University students have once again been targeted with sketchy and unreliable emails being sent to their TWU email addresses,creating worry among those who have received them.

During the summer and early in the fall semester, a slew of spam emails was sent out to students, the most common message asking for a personal assistant. Many students said they felt confused and alarmed when they opened the message.

“I read the message and was wondering if anyone else at the school had gotten it, too.” second-year political science major Rahel Tesfaye said. “I think it’s crazy that hackers were able to email students like that.”

At that time, the Office of Technology sent out an email warning students to beware of suspicious emails, urging them to think twice before clicking on attachments and hyperlinks and offering additional tips on how to stay safe and unaffected. The office informed the TWU community of the measures regularly taken to avoid spam or phishing emails from getting to students, but that some may slip through the university’s IT security and find their way into student inboxes. Ever since around that time, such messages have not been as big of an issue for students until recently.

Students like Tesfaye received an email Nov. 11 from “Dixie Hitt” explaining that they needed a part-time pet-sitter. The message provided a contact email and requested that those applying respond using a private address and not a school address.

“I kind of knew I shouldn’t have opened the email, but I did anyways,” Tesfaye said. “It was scary because I thought that since I opened it, whoever sent it could now track me.”

Due to the steady rise in kidnappings and occurrences of human trafficking in the U.S., Tesfaye said that she thought it might have been some tactic to capture young women and that it would make sense for them to target a woman’s college.

Second-year sociology major Mecca Ahmad said she received an email from “housing” twice, one Oct. 31 and another Nov. 18, that contained nothing but a long paragraph of scrambled letters and symbols.

Ahmad was most confused by the fact that the message managed to make itself look like it came from the university and was meant for the students.

“It was impressively scary,” Ahmad said.

Spam emails have not only been affecting students at the Denton campus but also in Houston where during the week of  Nov. 18-25, an individual received a message through their twu.edu address offering a pet-sitting job, similar to that sent to Tesfaye, as well as an invalid statement to obtain property and credit over $750 but less than $2500. Later that week, it had been reported that money from the individual’s account had been removed from their bank account. However, the case has since been suspended.

As of today, the school’s Office of Technology has not publicly addressed the issue to the TWU community for they said that they are currently working on technological changes that should significantly impact the distribution of fraud emails.

However, the office has released a statement to The Lasso announcing that, as of lately, many universities are being attacked by spamming emails and that “due to the use of random senders and the commonplace text in the emails, ITS is unable to prevent them all without blocking legitimate emails.” Provided in the statement are tips to protect email accounts, advising that students:

Until IT Solutions’ improved email architecture is ready for use in 2020, they say they will continue to closely monitor incoming messages and network online traffic.