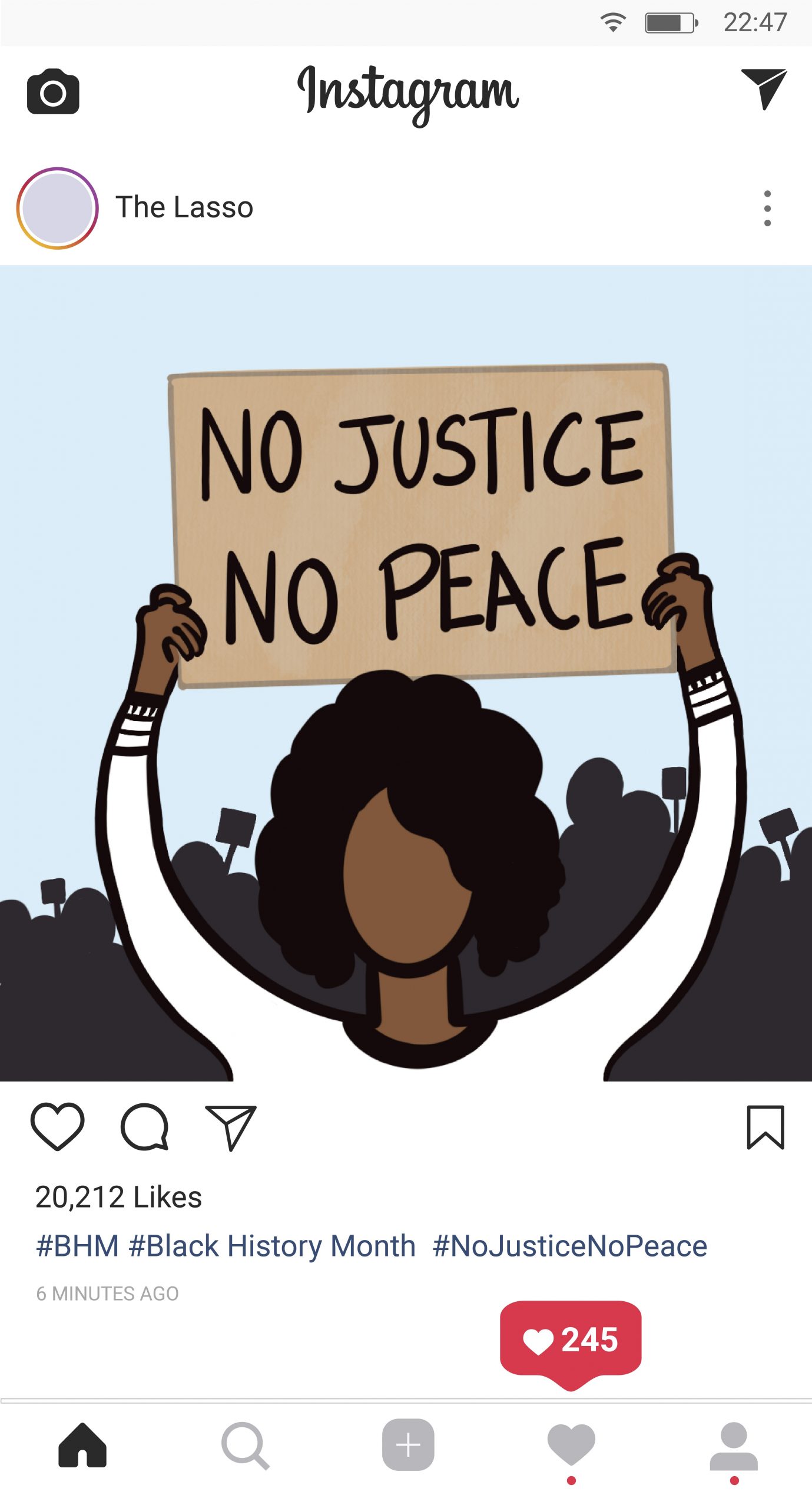 Performing equality: The fight for racial justice shouldn’t just happen once a year

Leave it up to moments meant for purposeful minority recognition and honor to spark society’s sudden concern and support for the nation’s marginalized groups and communities.

You know what I’m talking about—the out-of-place Martin Luther King Jr. quotes for Facebook captions, or the single weeks of Black history curriculum in elementary schools where students learn about how Rosa Parks didn’t want to do that thing or how Malcolm X stood in front of lots of crowds to talk about who knows what because it truly doesn’t matter to them beyond the month of February. And don’t even get me started on those Instagram tags cluttered with Black Power fists and blank posts claiming that “change needs to happen,” yet never speak on the matter again after the topic of justice and equality is no longer trending on their feed. They repeat that “discrimination is wrong,” but don’t do or contribute to anything to combat it.

Such “activism” and light being shed upon the Black community without digging into the nitty-gritty details of current and past conditions of Black living or prolonging the support after the matter is out of the headlines does little to nothing for Black liberation and recognition. How can someone strive to bring awareness to an issue if they won’t even explain why the issue is important?

These are also the same people who will preach online the importance of fighting for equality and reforming the system and go spend time with their friends where they will, as a collective, spit microaggressions and emanate racist undertones within their everyday actions. It’s unfathomable what people will do just to make themselves look good. To, first,, even partake in the disrespect that we are trying so hard to abolish and then, two, put on this facade that they’re wanting to make the world a better place is beyond comprehension.

Black History Month is especially one of the most grueling times to endure when it comes to people like this. This fake-woke epidemic doesn’t just reside on social media, but also makes its way into the school systems.

Elementary schools will instruct teachers to dig up their Black history lesson plans and teach students just about the same three or four historical black figures and events mentioned every year for a couple of weeks and then drop it. Then, for the rest of the school year, students won’t hear about any more significant Black people or historical moments, as if Black history isn’t a part of American history. As if Black history is some sort of special addition to regularly scheduled lesson plans. At the end of the year, what are the students even learning?

Schools push this agenda only because they want their students to go home and tell their parents that they’re learning about Black history so that the school can seem “inclusive” and “well-rounded” to the local community.

This logic also swings with big companies that conveniently pop up every February to give their audience an “important” reminder of Black History Month and claim they value equality, but don’t say a word when the realities of Black lives come to the surface and are in actual need of support.

It’s all just an act. A degrading and antagonizing act that does much more bad than it will ever do good on so many complex levels that these performative activists and advocates wouldn’t be able to even begin to understand.