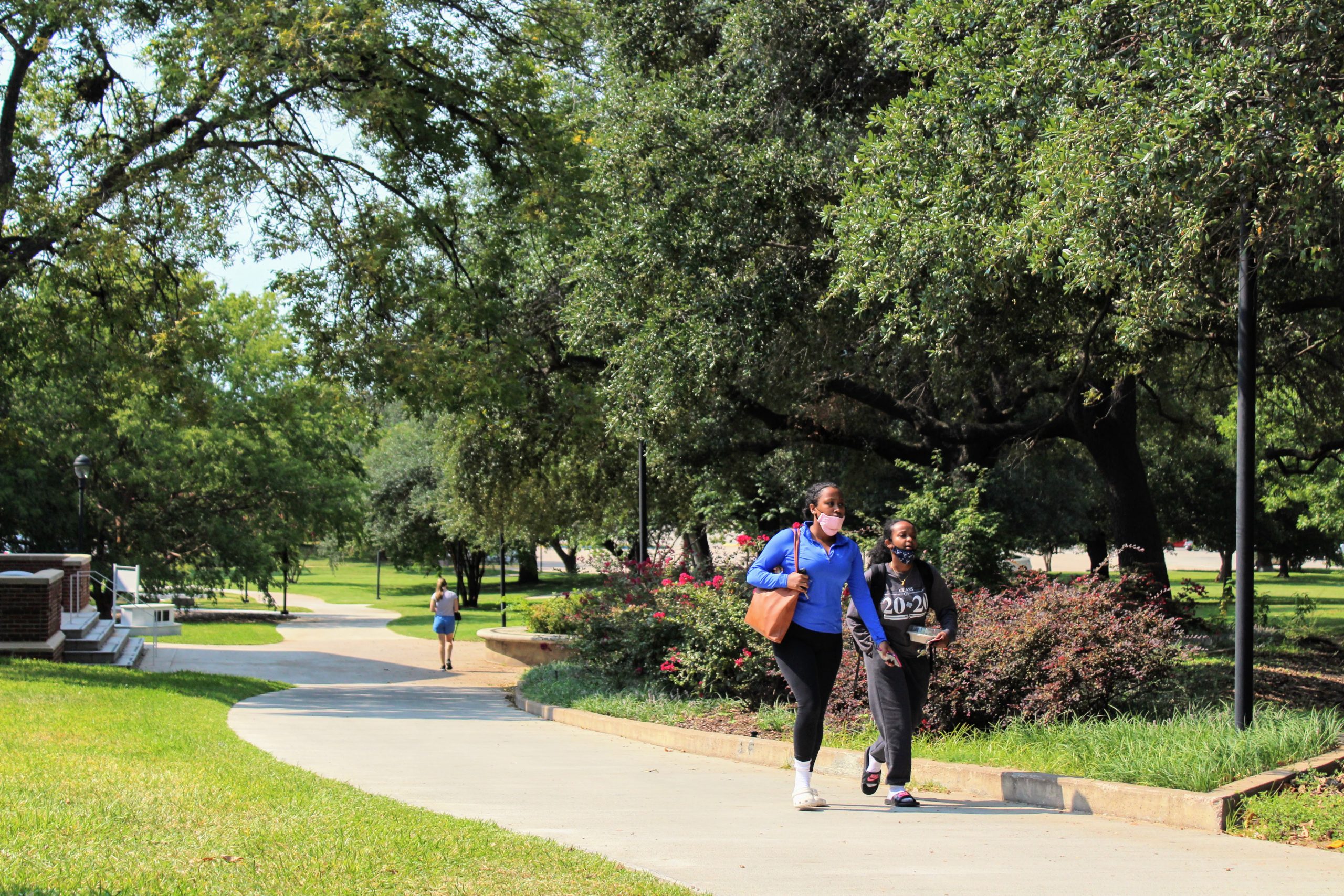 The Texas Woman’s University community has taken up the task of promoting voter enthusiasm during this year’s election season to encourage the student body to raise their voices. Different civic engagement-oriented organizations have worked their way around the limitations of the COVID-19 pandemic, creating opportunities for students to get involved in voting.

This year marks many Generation Z students’ first chance at voting in a government election, and while many do plan to arrive at the polls, their attendance is estimated to make up only about four percent of the voters this year. TWU staff like Tammy Key, Interim Director of the Center for Women in Politics & Public Policy, said that it is important for the younger people of the state to vote for the changes they want to see.

To increase student involvement, the CWPPP placed baskets with mail-in voter registration cards in the major campus buildings earlier this semester, of which more than 260 were picked up, Key said. The Civic Engagement Task Force, who manage campus wide civic engagement initiatives and events,  also took part in ensuring student election involvement as it managed the Pioneer Votes tables throughout campus where students could stop by and register for their county.

Alongside minimum contact efforts, the CWPPP has also been in charge of online workshops that discuss current political events and the positions students are in that can help create legislative changes.

With having set up multiple opportunities for students to register and get informed on this year’s elections while also maintaining limited contact, Key gave credit to the university for making the transition to virtual events so smoothly and regulating social distancing. She said that even without being able to see everyone face-to-face, valuable and progressive discussions can still take place.

“What we’ve tried to make sure, especially for our organization, is that it’s not just a lecture—we always involve engagement,” Key said. “We’re getting the student involved in the Zoom call so we hear students’ opinions. Having said that, you can’t replace that human contact, but that shouldn’t stop us from going to the polls and voting.”

In addition to transferring services and classes online to align with safety measures, TWU officials have also decided that the campus will not serve as a polling location this year to protect students from community members who may not wear masks on campus.

Those taking part in the campus’ election involvement like CWPPP student assistant Fiama Villagrana-Ocasio have realized the obstacles the pandemic brings when it comes to voting, but said she has been looking on the brighter side of things.

“People are burned out from Zoom and asking them to give up an additional hour of their day to learn about voting,” Villagrana-Ocasio said. “But because lots of them find the information useful, they take it upon themselves to share it with their peers and organizations. In the end, as long as people get the correct information, that is what matters.”

Villagrana-Ocasio and fellow CWPPP student assistant Chanel VanHook both recognize the matter of voter suppression within the state of Texas, where there has been a lack of ballot boxes for mail-in voters and polling locations specifically for minorities, and believe that together with their participation in building campus election involvement, the younger generation will be more eager to vote this year than ever.

“Attempting to quantify the impact we’re making is typically discouraged, but when you see reports in BBC News, of all places, about Texas smashing early voting records despite Texas leading the way in voter suppression, it’s hard not to get excited,” VanHook said. “Young people right now are absolutely fired up.”

Official in-person events have also been planned with the pandemic in mind such as September’s Debate Watch, where students were able to watch the first presidential debate as a group and interact with one another through a live Twitter panel. Political science lecturer Jennifer Danley-Scott who organized the event said that the Debate Watch tied in well with the university’s civic engagement values and priorities.

“I don’t think I’ve ever worked with a campus that has had so many different departments and segments so engaged and so excited just about the elections,” Danley-Scott said. “This is our third year doing a debate watch, and we’ve always wanted to make sure that students have a feeling of community. It’s really about trying to create something fun out of something kind of boring.”

Future campus voting and politics related events and will include the Walk to the Polls Oct. 19 and the Civil Discourse and Resilience Workshop Oct. 24.