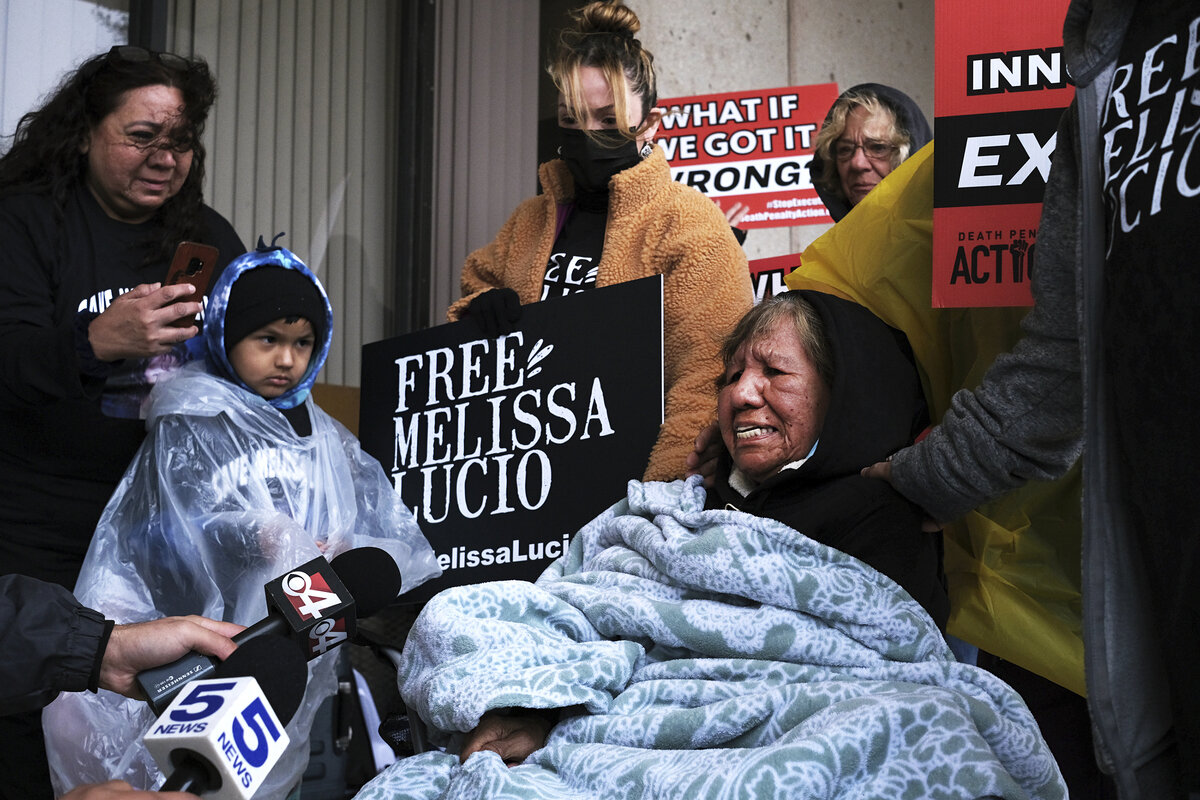 Opinion: Ignorance of the law becomes a weapon against victims

From Bundy to Dahmer, from “Orange is the New Black” to “Making a Murderer,” one thing is clear, and that is that American media has become consumed with a fascination for crime. I have fallen down the same rabbit hole many times, binging “My Favorite Murder” episodes like it’s “Grey’s Anatomy,” rather than tragedies fit into consumable bite-sized pieces of entertainment. In this same bout, I started watching “The Innocence Files” and I soon became entranced by a whole new unfathomable but all too real form of victimhood.

Through false confessions, inadequate defense, misused forensic science and more, those who are already victims of systems built against them can be put behind bars for a crime they never committed. Ignorance of the law excuses no one but that same ignorance can, and has, become a weapon used for mass destruction on the lives of the innocent.

For many, being falsely accused of a crime is a far, distant reality of the life they will likely have, but the chances are higher than you think. Here is the story of the TWU alumna you have never heard of and how she reflects a larger picture of exonerated women.

Huda Salih Mahdi Ammash earned her master’s degree in microbiology from Texas Woman’s University in Denton in 1979, followed by a doctorate in microbiology at the University of Missouri in 1983. Ammash, an Iraqi scientist and academic, was later dubbed “Mrs. Anthrax” or “Chemical Sally” by Western media for her association with Saddam Hussein’s regime.

In videos released from Saddam Hussein, a leading member of the Arab Socialist Ba’ath Party who was widely condemned for brutality, Ammash was seated at a table with him. Ammash’s father, Maj. Salih Madhi Ammash, was allegedly murdered under Saddam Hussein’s commands while she was working for the Iraqi government, creating the argument that she might have continued working for Hussein’s regime out of fear for her life, rather than by choice.

U.S. officials claimed Ammash was the protégée of Nassir al-Hindawi, who was often described as the “father of Baghdad’s germ weapons program.” After being appointed to the Revolutionary Command Council in May 2001, she was tasked with the job of rebuilding Iraq’s biological weapons program, specifically the attempted weaponization of anthrax, smallpox and botulin toxin, according to U.S. officials. Ammash’s position as president of Iraq’s microbiology society was even allegedly a front for this emerging biological warfare program destined to wreak mass destruction.

On May 9, 2003, she surrendered to coalition forces and was detained.

There is only one flaw in this narrative, there was never any evidence of this biological warfare program ever existing.

Several academic groups such as the American Association for the Advancement of Science and the American Association of University Professors (AAUP) pushed for her release. In a letter to Secretary of State Condoleeza Rice, Roger W. Bowen from the AAUP wrote “credible sources inform us that Dr. Ammash has been wrongly accused of developing a chemical weapons program that, as we now know, did not exist.”

After two years of investigating, two years of Ammash remaining behind bars as she suffered through breast cancer, she was released in December of 2005 after the Iraqi board process found that she was no longer a security threat and they would have no charges filed against her. She was never given a trial nor was she charged with a crime during her entire stay in detention. President George Bush admitted that the 2003 intelligence reports on Iraq’s Weapons of Mass Destruction (WMD) programs were flawed, and that while Ammash was detained, she cooperated and provided evidence that Hussein did not have an active WMD program before the invasion.

This cautionary tale represents a larger, concerning statistic; about 71% of women exonerated within the last three decades were wrongly convicted of crimes that never took place at all, according to data from the National Registry of Exonerations. In many of these cases, the events were later determined to be accidents, deaths by suicide or crimes that were fabricated.

In the media and the courtroom, wrongful convictions are usually centered around men, but for women, it is arguably harder to prove innocence and there is less representation of the plight these women face. While men are more likely to be falsely arrested for violent crimes, the violent nature of the crime generally creates enough DNA to exonerate them, if they are fortunate enough to be given access to DNA testing post-conviction.

Additionally, about 28% of female exonerees were convicted of crimes in which the victim was a child, according to data from the National Registry of Exonerations, which could be influenced by the Western perception of a woman’s duty in caring for children.

While these statistics may seem to be just a number representing some unlucky people, they depict real women such as Melissa Lucio, an abuse survivor turned Texas death row inmate who is set to be executed on April 27, 2022.

She was raised in a home entrenched with sexual and gender-based violence, which continued when she became a child bride at 16. In 2008, Lucio was convicted of murder for the death of her 2-year-old daughter, an event she has claimed was a tragic accident for over 10 years. According to Lucio, her toddler, who had a mild physical disability that made her prone to tripping, fell down a flight of stairs while the family was moving to a new house.

Her conviction primarily relied on a confession she made the day her child died, after hours of aggressive and leading questioning while she was pregnant with twins. Despite the fact that there is no physical evidence, witnesses, prior history of violence or any indication of abuse according to her 11 other children, she was convicted for the crime.

This was primarily based on the mischaracterization of her confession made by then-Cameron County District Attorney Armando Villalobos, who was likely seeking a high-profile conviction for his reelection campaign. He is now serving a 13-year federal prison sentence for bribery and extortion.

It seems unbelievable that someone would admit to a crime they did not do, especially one that allegedly never even happened. There are many factors that contribute to false confessions, including compromised functioning such as exhaustion and stress, intimidation by law enforcement or misleading statements on incriminating evidence.

For Lucio, as a victim of lifelong abuse, she was exceptionally vulnerable to mishandled coercive interrogations. Half of the women who falsely confess to crimes report past trauma or abuse, according to research from Nova Southeastern University. For survivors, societally inappropriate reactions to stress such as avoiding eye contact can further the interpretation of guilt.

The judge in Lucio’s case did not allow testimony or claims of abuse to be used as a part of her defense, a decision the Fifth Circuit Court of Appeals declared as denying Lucio the right to a meaningful defense. Judge Catharina Haynes wrote “The State presented no physical evidence or witness testimony establishing that Lucio abused Mariah or any of her children, let alone killed Mariah … The jury was deprived of key evidence to weigh: that is the point.” The United States Supreme Court denied her petition for the Supreme Court to hear the case.

Still, through the trials and tribulations of navigating the criminal appeals system, Lucio’s family advocates for her innocence and hopeful exoneration before her looming execution. If executed, Lucio will be the sixth woman executed in the nation within the last decade and the first Hispanic woman in Texas’ history.

Unfortunately, in either case, Lucio will likely fall into another statistic. I plead with you to recognize these lives as full and important just as much as Ed Gein or Jack the Ripper. Victims have survived through so many nuanced tragedies and in an ever-evolving world, we need to evolve with them, regardless of the origins of their victimhood. Whether convicted in the eyes of the public or in a court of law, whether a Texas-educated or a Texas-raised woman, these women deserve equality and most importantly, a shot at life.