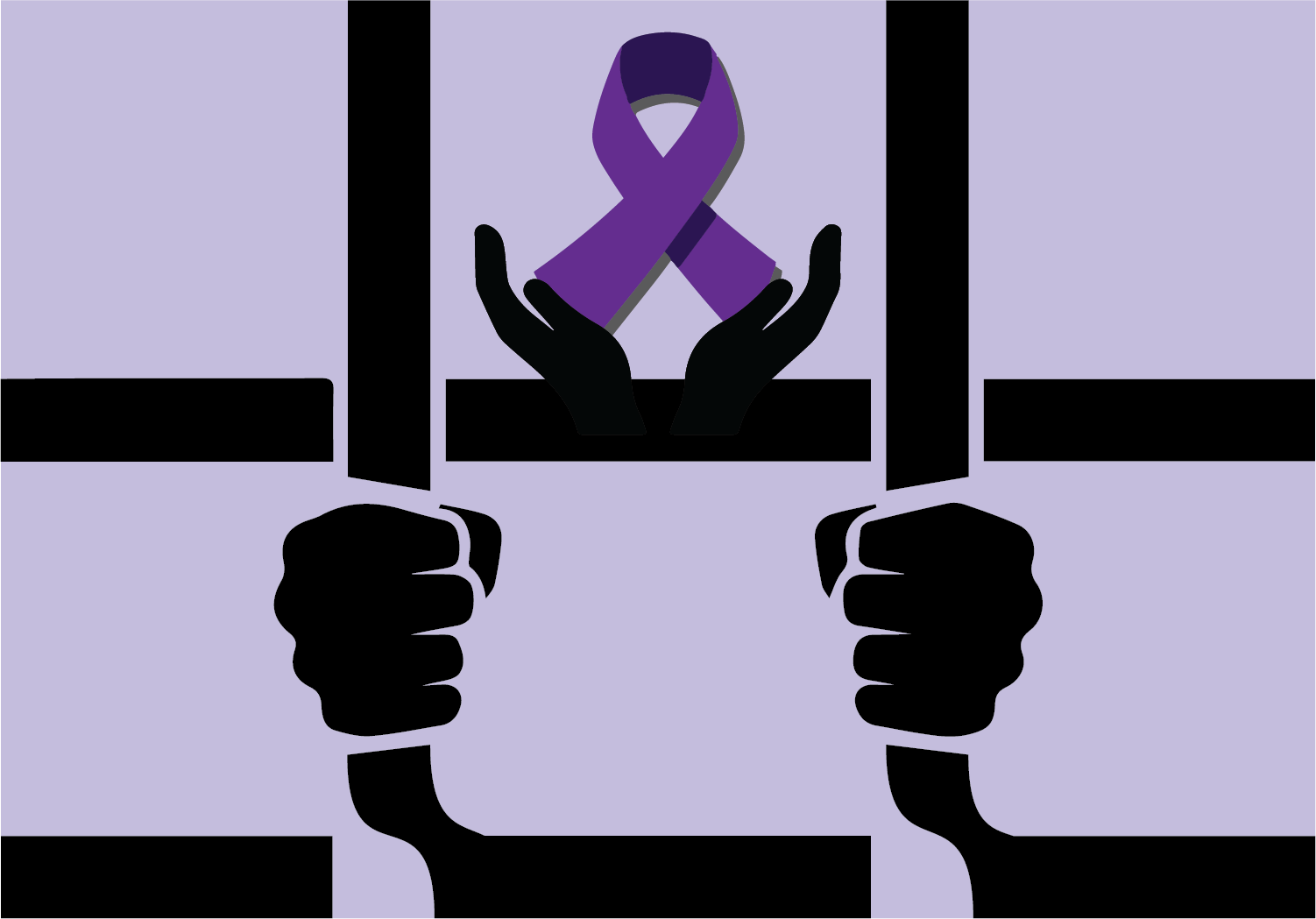 Warning: This article discusses topics regarding sexual and domestic abuse.

I am a survivor of sexual and psychological abuse by a man who groomed me for years and took away my innocence. I could sit here and write out every detail about being a survivor, however, we would be here till the end of time.

What I can say is that every day has a new challenge, and recognizing that I am not only a victim, but a survivor was the hardest part for me. It’s easy to be in denial and forget a man can take away everything you hold dear; I know I was in denial for years. I felt worthless, used, dirty, lonely and shamed, so I did not speak up for years. But what about the people who live with their abuser? Who cannot confront them? Who desperately need help to escape from a living hell?

Here’s a story about a man and a woman that’s all too common.

According to the prosecutor’s charges, Chad Wheeler, now a former Seattle Seahawks player, choked his girlfriend until she passed out, twice, then proceeded to say “Oh, you’re still alive” after she regained consciousness the second time. After resisting detainment, Wheeler said, “I don’t beat women” to the police and yelled to the woman he just beat up, “I love you.”

Pause, did that sound like love and security to you?

Doctors concluded the victim suffered from a fractured arm, a dislocated elbow, swelling in the face from being choked, lesions on the neck and the most obvious injury of all, her mental stability. Wheeler stands at a whopping six feet seven inches and 310 pounds, while the victim is five feet nine inches and just 145 pounds. She did not stand a chance against him.

An interesting term was brought up about their story called “coercive control,” which falls under the umbrella of domestic abuse. Coercive control is defined as a pattern of manipulating behaviors that the abuser uses to have power over the victim. The brainwashing and fear of retaliation makes leaving the abuser extremely difficult for the victim. The abuser often tears down the victim’s self-esteem, isolates them, monitors activities, makes threats or insults to the victim or involves pets or children, guilt-trips and controls all finances. While coercive control is not violent, researchers say that this form of abuse can be an indicator to future violence in the relationship.

Women, and many men, all over the country live with the fear of violence from their partners. Below is some data from the National Coalition Against Domestic Violence:

While men also experience abuse, women are much more likely to be abused, and we need to change this. Women have the right to feel safe when in a relationship, or even going on a date.

So, the question is, should a non-violent offense be criminalized?

“Many blame the victims for ‘staying’ rather than focusing on the abuser and their abusive behavior,” Richards said. “Most wait for an assault with clear evidence before acting and the police and court system continue to trivialize and minimize the abuse.”

Here’s some more context to show how many lives have been lost because of domestic abuse. Between 2000 and 2006, 3200 American soldiers were killed in combat. During that same period, more than three times as many women died at the hands of their husbands and boyfriends, according to American journalist and professor at American University Rachel Louise Snyder.

Melena Ryzik and Katie Benner write for the New York Times and were both part of the team that won the Pulitzer Prize in 2018 for public service for reporting on workplace sexual harassment. According to Ryzik and Brenner’s research, the most dangerous situation for the victims is when they try to leave the abuser. On average, leaving the abuser takes seven attempts.

Twenty-two states have tried to crack down on domestic abuse by enforcing a mandatory arrest policy where when law enforcement is involved, they need to arrest one party in the domestic dispute. This is dangerous because the police can make a wrong judgement, causing the victim to be arrested at the home instead of the abuser.

Involving the police can add more trauma to the victim that has previously experienced abuse. According to Audacia Ray, the director of community organizing and public advocacy at the New York City Anti-Violence Project, survivors often call the AVP hotline for aid regarding a traumatic experience when law enforcement is involved in a domestic dispute rather than the actual domestic abuse. When survivors call the hotline for help, they typically do not want to involve the police.

A different approach to combat domestic violence is restorative justice. The three main ideas involved with this approach are repairing, encountering and transformation. By repairing the harm that has been done, restorative justice is a different way for the abuser to make amends and for the survivor to receive closure. However, both parties must be willing to endure this process. The abuser must own up to their actions that caused harm to the other party.

The Center for Justice and Reconciliation has a program for prisoners to listen and reflect on their crimes towards others. A survivor was abused by her stepfather from the ages of four to 14 and developed anorexia stemming from her abuse. He picked her because she was the youngest and the easiest to manipulate; he groomed and sexually abused her throughout her childhood. She wanted to forgive him and move on with her life, but also wanted him to own up to the damage he caused her. He ended up apologizing for his actions, which was what she wanted the most. Restorative justice gave her the opportunity to say goodbye to her abuser and relieve the anger she carried for all those years.

Every survivor heals in a different way that’s unique to them. Some want the abuser to pay for their crimes in prison, some want to be heard, some just want an apology, but most just want to know why me. Every survivor has unanswered questions only the abuser can answer. Going into my research about restorative justice, I did not know much about the process, but after learning more I feel that the impact is much greater in receiving closure. While having the abuser serve time they deserve is needed, so are apologies.

In my opinion, the money that would be spent criminalizing coercive control could be used elsewhere to help the survivors of domestic abuse and coercive control. There needs to be more education and awareness in our communities in recognizing the signs of both instances. Below are ways you can help if you suspect or know someone is being abused:

Going through the court system can be a grueling process for the survivor. I waited to face my abuser in court for over two years, plus the three years of abuse I endured. The process seems never-ending, but the best outcome of going through the system was finally having people acknowledge that I suffered at the hands of a man I trusted, finally looking my abuser in the eye to show him he did not break me, finally having someone believe me and, most of all, finally receiving closure.