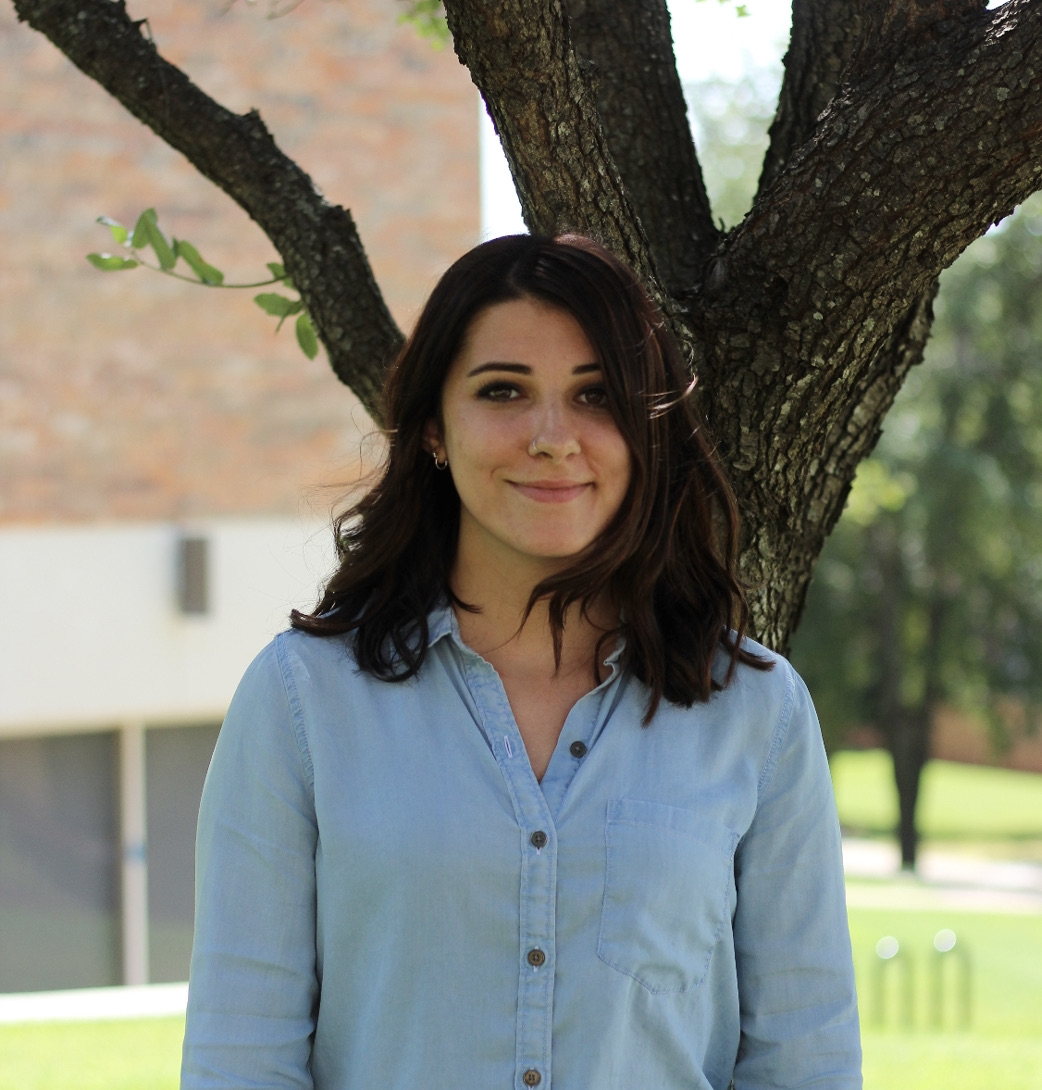 Farewell from the editor: Thank you

As we all approach the end of the semester, I can’t believe these are my final days as editor of The Lasso. What a long, strange, wonderful trip it’s been.

Like many of you, I will graduate next week. While I am, of course, excited to move on to the next phase of my life — a master’s in journalism at the University of North Texas and continuing my work in the field — I can’t help but be a little sad. The Lasso has been a major part of my life the past three years, and I cannot even imagine never walking through the doors of the newsroom again.

From my first days on staff to my final few this week, this paper has remained central to my time as a student. When I first joined as a reporter in 2018, I wasn’t sure where this journey would take me. I was not even sure I wanted to be a journalist — I was after the coveted “editor” title many of us English majors seek for the prestige. I was pretty shy — I didn’t really see myself interviewing people, and I wasn’t particularly concerned with becoming more involved with campus life.

But it gave me a chance to write, so I gave it a try. Little did I know, it would change everything.

I got the reporting bug and quickly gained a fierce love of the job and the paper. I had a lot of big ideas about what The Lasso could be, so when our former editor graduated in spring 2019, I applied to run it. I had just started my journalism minor at UNT, so I had a little knowledge and a lot of passion under my belt.

To my surprise, I got the job. While I was incredibly excited, that first semester was my toughest as a journalist to this day (yes, even tougher than running a newspaper during a global pandemic). During the staff’s first few weeks on campus in the fall of 2019, we began seeing posts on social media about a young English professor dying on campus over the weekend. We hoped the whispers were just ugly rumors — until an email from Chancellor Feyten confirmed that Katie McWain, an assistant professor and the director of the First-Year Composition program, had passed away. We would soon find out she had committed suicide on campus. She was 31.

The next week was a blur. I cannot describe the anguish my staff and I felt trying to figure out how to cover this — particularly our managing editor, Katelyn Garst, who was writing the story, and myself. She was a professor in my department and we student journalists had never dealt with anything like this before — hell, some journalists can go their entire careers without covering a trauma that hits this close to home.

But we couldn’t ignore it. We felt Katie deserved more. We had long talks with advisers about how to report on this responsibly. We also had a lot of tearful meetings with Katie’s colleagues about who she was, the joy she brought to those around her, and about the warning signs missed, the looks misinterpreted. The blame that those close to her couldn’t help but feel sitting heavy on their shoulders after she was gone.

We tried to capture the light she carried and how she would be missed. It was an incredibly difficult task — more so than I can explain. We didn’t know Katie — I’d met her once, sat in a workshop with her in the writing center— but the sadness we’d been immersed in while reporting took a toll. I was in a funk for weeks, Katelyn too. But her bravery for taking on the monumental task of writing the article was unmatched. It is the stuff seasoned reporters are made of.

As time passed, things got a little easier. We began to remember that the newspaper could be fun. We did silly little quizzes and op-eds that angered half the student body. Normal student newspaper shenanigans.

But I think those first weeks stuck with those of us that remained on staff. They reminded us how this job, while it could be fun and frustrating and exciting, could also be an enormous burden. We were reminded again when we had to report on the death of an alumna and staff member some of us knew, Madyson Plummer, in January 2020. And, of course, when the COVID-19 pandemic changed everything about our way of life — and our reporting — last spring.

Like all student newspapers, we’ve seen many come and go with graduations and other life changes, but our collective staff over the past two years is the strongest group of people I have ever worked with. While I have heard my fair share of praise since I took over as editor about the news we’ve produced, I’ve always felt uncomfortable taking credit for it, because this staff has done the hard work. There is no way this paper would be what it is without their talent and grit. No amount of gratitude is enough to express what they’ve poured into The Lasso except to say that, despite these impossible times, they have made this the best, most rewarding job I’ve ever had.

So, while these are my final days here, I don’t think I’ll truly be saying goodbye to this newspaper just yet. Not in the ways that count. This silly, amazing, heartbreaking, life-changing little student newspaper will remain with me for a very long time. It has been the best story I’ve ever helped tell.