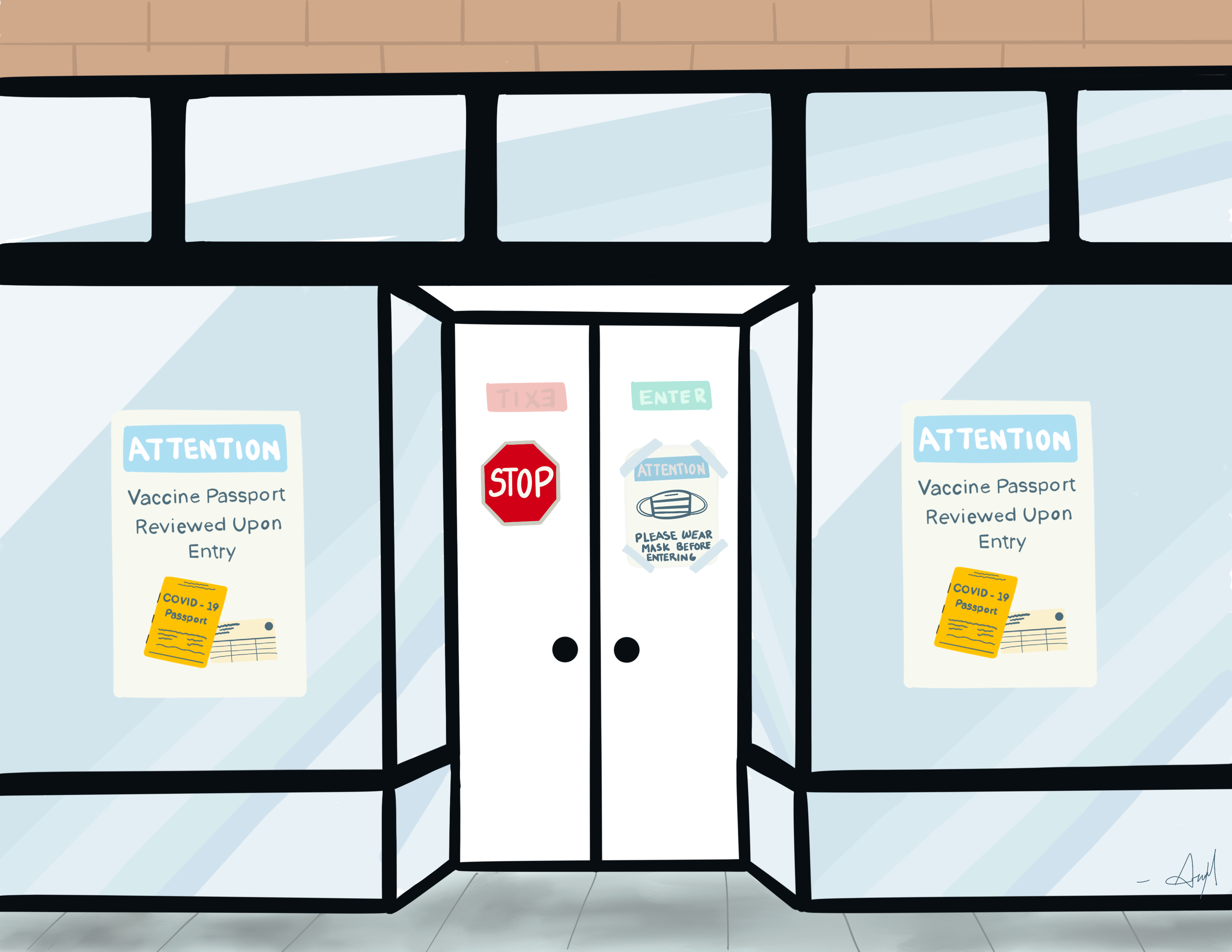 The U.S. government has proposed its newest method for controlling the spread of the COVID-19 virus: vaccine passports. And it’s brilliant.

A vaccine passport is official documentation proving that one has received the COVID vaccine that will be used when entering public spaces such as restaurants and shops. The passports are expected to be developed digitally on vaccine recipients’ smartphones and accessed through a scannable code. Though the concept is still in its early stages and most likely won’t be available to the public for a while, those on social media have still had a lot to say about the idea.

Many have viewed the concept as tyrannical, claiming the government is on its way to controlling the autonomy of the country’s people, that it’s unconstitutional and even comparing it to Nazi ideology.

If you don’t want to be compared to Nazi’s, then don’t do nazi shit. #ShowMeYourPapers #VaccinePassport #Libertarians

All of which just looks more like a refusal to accept the dangers of the COVID virus, the efficacy of the vaccine and the accountability of oneself and others, as those against vaccine passports often happen to be those who are against receiving COVID vaccines. Despite vaccines proving to be up to 94% effective with typical vaccine side effects, many still stand against the efforts being made to flatten this massive curve that continues to expand.

Vaccine passports are more accurately comparable to temperature checks—if your temperature is within a safe range, then you may enter a building. If not, go home. I don’t remember hearing much opposition toward checking temperatures, and although this is basically the same concept (with a pretty modern upgrade), many can’t quite get behind the reasonable system that could very much lessen the number of COVID cases nationwide.

It’s also worth mentioning that the concept of vaccine passports is nothing new. Updated immunization records are forever being needed for complete enrollment into educational institutions, full acceptance into job positions and access to international travel. I think the idea of using them on a more local level to regulate the entrance of those medically safe enough to be in the public is more than acceptable and the least dictating thing considering that this is for our own good.

In fact, I think that vaccine passports are such a good idea that they could even include people’s records of other common vaccines such as influenza and chickenpox and be used during the height of each illness’s presence throughout the year. Consistent monitoring of the country’s people’s immunizations might even help diseases find their way towards eradication in the upcoming decades. With this being said, local use of vaccine passports just might be the most inclusively beneficial decision America’s healthcare system has had yet.

Anything to reduce the spread of COVID and bring this detrimental pandemic closer to an end is monumental and I don’t fully understand why some can’t get on board with something that would work to not only keep the community safe, but also themselves. It’s honestly weird and a bit delusional.

I know that I’m willing to take part in anything to bring back any type of normality to this country, and if vaccine passports are the answer, then count me in.