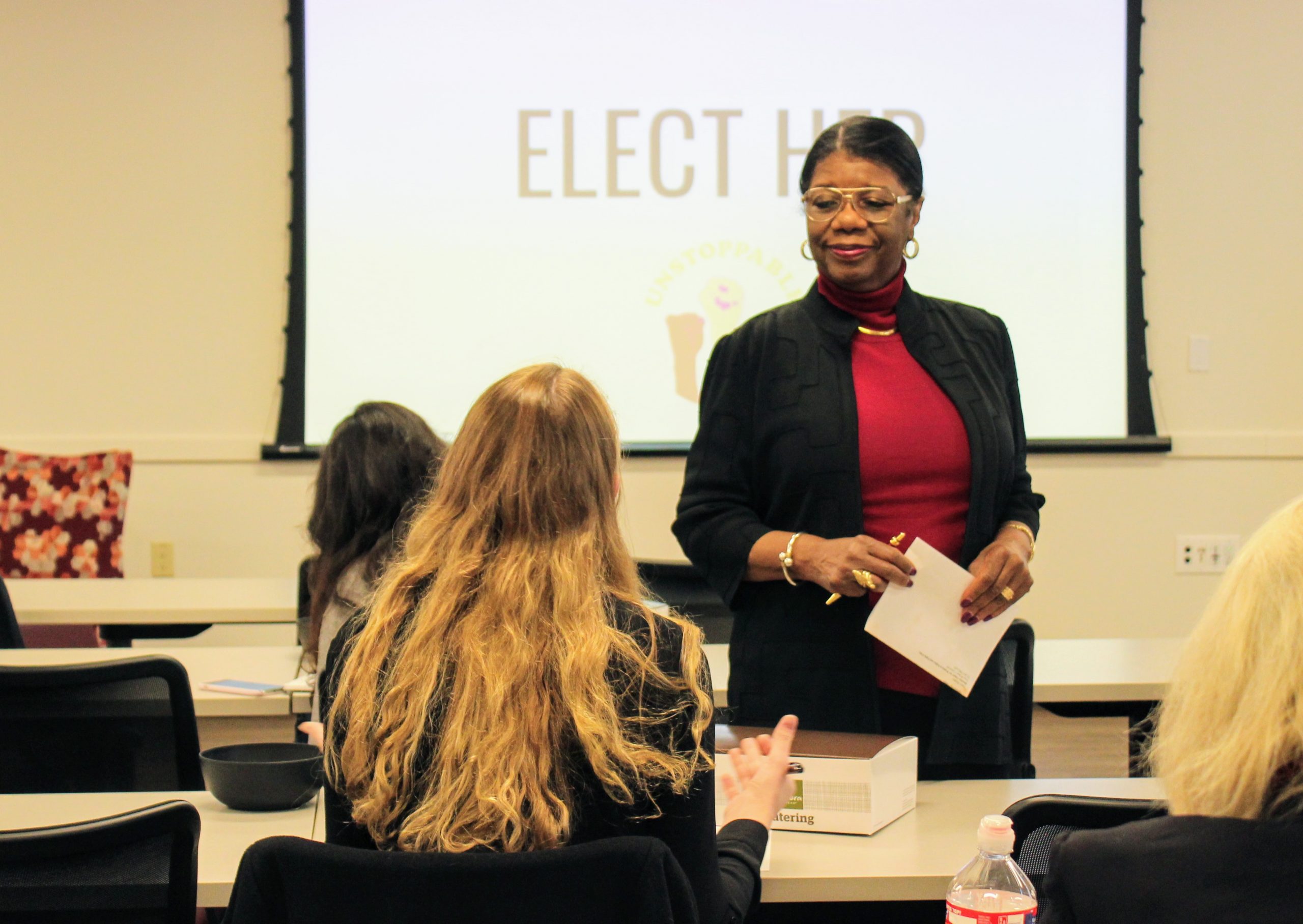 Elect Her aims to educate, support women in politics

Texas Woman’s University gathered young women in the North Texas community who are politically interested and politically involved to help prepare for their goals of running for student government positions as well as larger-scale government titles. The Elect Her: Running Start seminar held Jan. 25 in TWU’s Mary’s Hall hosted a variety of activities and exercises to help young female politicians get their foot in the door of the political world.

The Elect Her leadership program is a nationwide program that educates women in college on the importance of politics and helps provide the skills and materials they need to achieve their political goals. Elect Her’s “Running Start” series began in 2009 and serves as a full-day workshop that works toward hosting a space for those interested in the program to come together and collaborate in training for marketing themselves as suitable politicians.

Local community representatives from Collin College, The University of North Texas and TWU were invited to the seminar and spoke on their journeys thus far with political science, their political concerns and how their involvement with the program has inspired them to work toward making a difference.

The seminar held a Student Government panel where TWU Student Government Executive Vice President and third-year nursing major Ama Ambaah was given the chance to share her experiences with coming out of her shell and becoming a part of the university’s student senate. She also shared the tactics she used to reach out to fellow TWU students and getting them involved with the organization.

“It was important to use myself and my voice to get to know people one-on-one,” Ambaah said.

She said that utilizing herself as a means of communication came in handy especially when spreading awareness about the TWU SGA and its presence.

“My platform is really just talking to people because I didn’t use social media,” Ambaah said.” I would talk to people in the student organization and reach out to the university, and they themselves would also reach out to other people.”

Guests were also given the chance to share their social and political concerns such as disability rights, diversity inclusion, affordable education and global racial activism. Sharing concerns allowed them to find common interests among each other as well as network and create connections.

Soon-to-be Collin College graduate and pre-law student Samar Rawas also recognized the importance of networking as she, too, mentioned the essentials for jumpstarting one’s involvement in the political scene.

“People don’t walk up to you and tell you about opportunities like these,” Rawas said. “You have to put yourself out there and you have to communicate with other people and educate yourself. Seeking knowledge is key, and you have to have that drive within you.”

“There are always alternative resources,” Rawas said. “You might think that you don’t have any way of getting somewhere or any money, [but] schools are always there to help.”

The Elect Her program continues to expand its efforts throughout the country to encourage and recruit women to join the march in getting more women elected into office.

Featured Image: General Mary Saunders speaks with an event attendee during Elect Her, an event held by The Center For Women in Politics and Public Policy, at The Texas Woman’s University Mary’s Hall in Denton, Texas on Friday, Jan. 24, 2020. Photo by Sarah Pham.