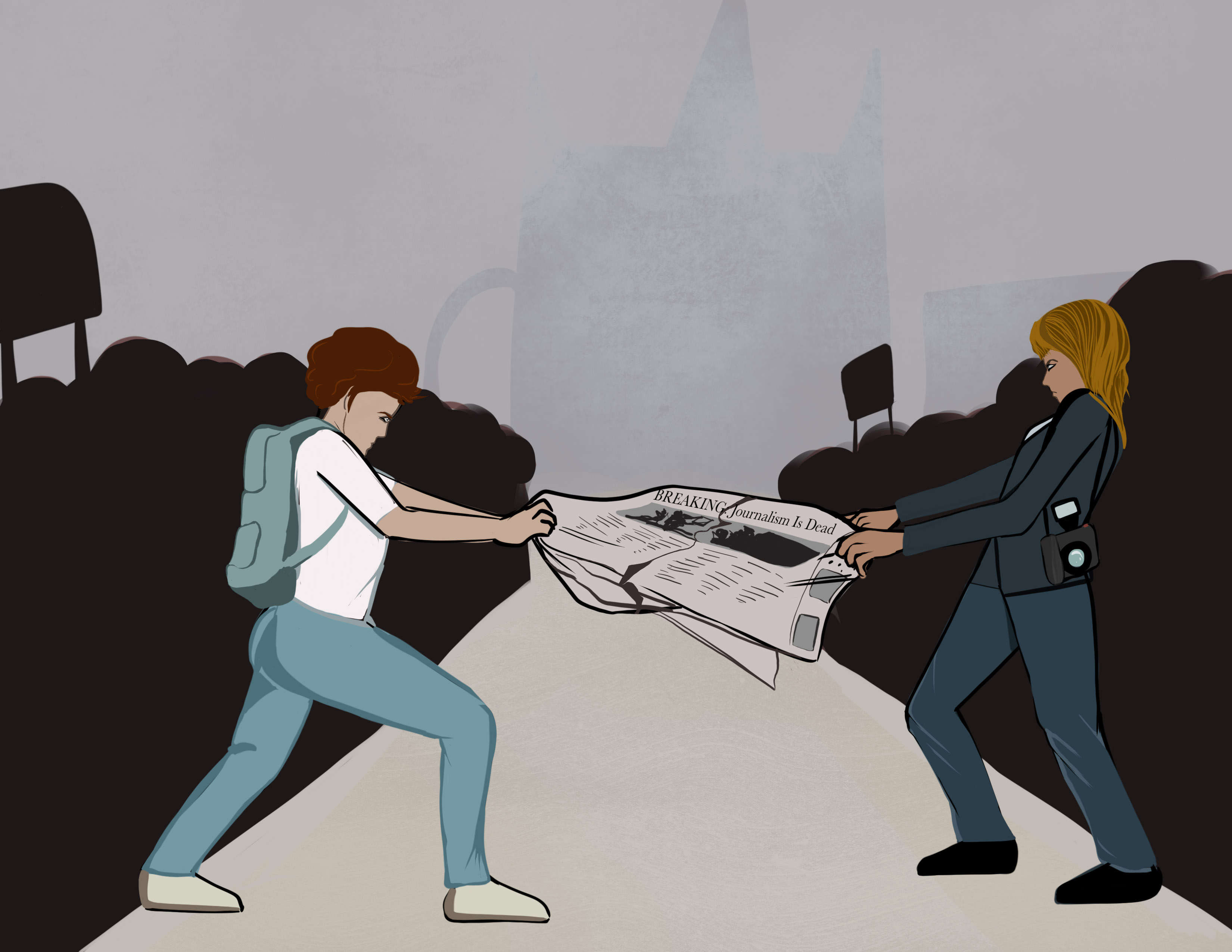 Editorial: The Daily Northwestern’s apology was a mistake, but so were attacks from professional journalists

In November, student-journalists at Northwestern University faced a crucial decision: stand firm in their coverage of an on-campus protest or apologize for taking photos of and soliciting comments from students involved. They chose wrongly – but they should not have been attacked for it.

Staff at The Daily Northwestern, which covers campus and community news in Evanston, Ill., drew backlash from students who claimed the paper’s coverage of an event that featured former Attorney General Jeff Sessions as a speaker Nov. 5 – and the activists that showed up to protest his presence on campus – was traumatic. Editors removed the article from their website and released a statement Nov. 10 apologizing for reporters’ sharing of images from the protest on social media and for using the school’s directory to locate students and request comments, saying they regret “harming” students.

“Ultimately, The Daily failed to consider our impact in our reporting surrounding Jeff Sessions,” the column said. “We know we hurt students that night, especially those who identify with marginalized groups.”

The backlash from professional journalists was swift and harsh. Many criticized the apology and accused the staff of the Daily of embarrassing the industry.

Outrage over the Daily’s coverage also raised questions about diversity in journalism and the media’s responsibility in covering marginalized communities.

“Being in this role and balancing our coverage and the role of this paper on campus with my racial identity — and knowing how our paper has historically failed students of color, and particularly black students, has been incredibly challenging to navigate,” Troy Closson, one of the only black editors in the Daily’s history, wrote in a series of Tweets.

While the criticisms from professional journalists were completely valid – journalists should never apologize for doing their job – the journalists who made these mistakes are also still students.

It’s easy to understand why reporters reacted so harshly to the apology. Journalism is under attack and apologizing for coverage just because someone didn’t like it is a dangerous precedent to set. If journalists caved every time someone didn’t like a story being written, the industry would apologize itself out of existence.

Five years ago, no one would have thought to ask a journalist to apologize for the act of reporting. The increasingly cynical view of “the media” as a monolithic entity has encouraged us to think of the news as a partisan tool. We forget there are real people behind the microphones, and the reason they continue to do this job – with grueling hours and little pay in a shrinking industry – is for the public good.

Yet if student journalists aren’t allowed to make mistakes in college, then when? The point of a campus newspaper is to allow students the chance to gain experience in the newsroom. Part of figuring out what it means to be a journalist is realizing that backlash is part of the job because there will always be someone, somewhere, who doesn’t want a story to be written.

And journalism does have a long history of inequitable coverage of minority communities, so conversations about how to create balanced, accessible coverage are important. The industry is changing, and journalists have to change with it.

Although the Daily’s willingness to bow to the pressures from fellow students is not the answer to the questions facing the industry, it does remind us why journalism plays such a vital role in our lives: it sparks conversation about the world we live in and challenges us to question what kind of society we want to be.

The Editorial Board
More from EditorialsMore posts in Editorials »