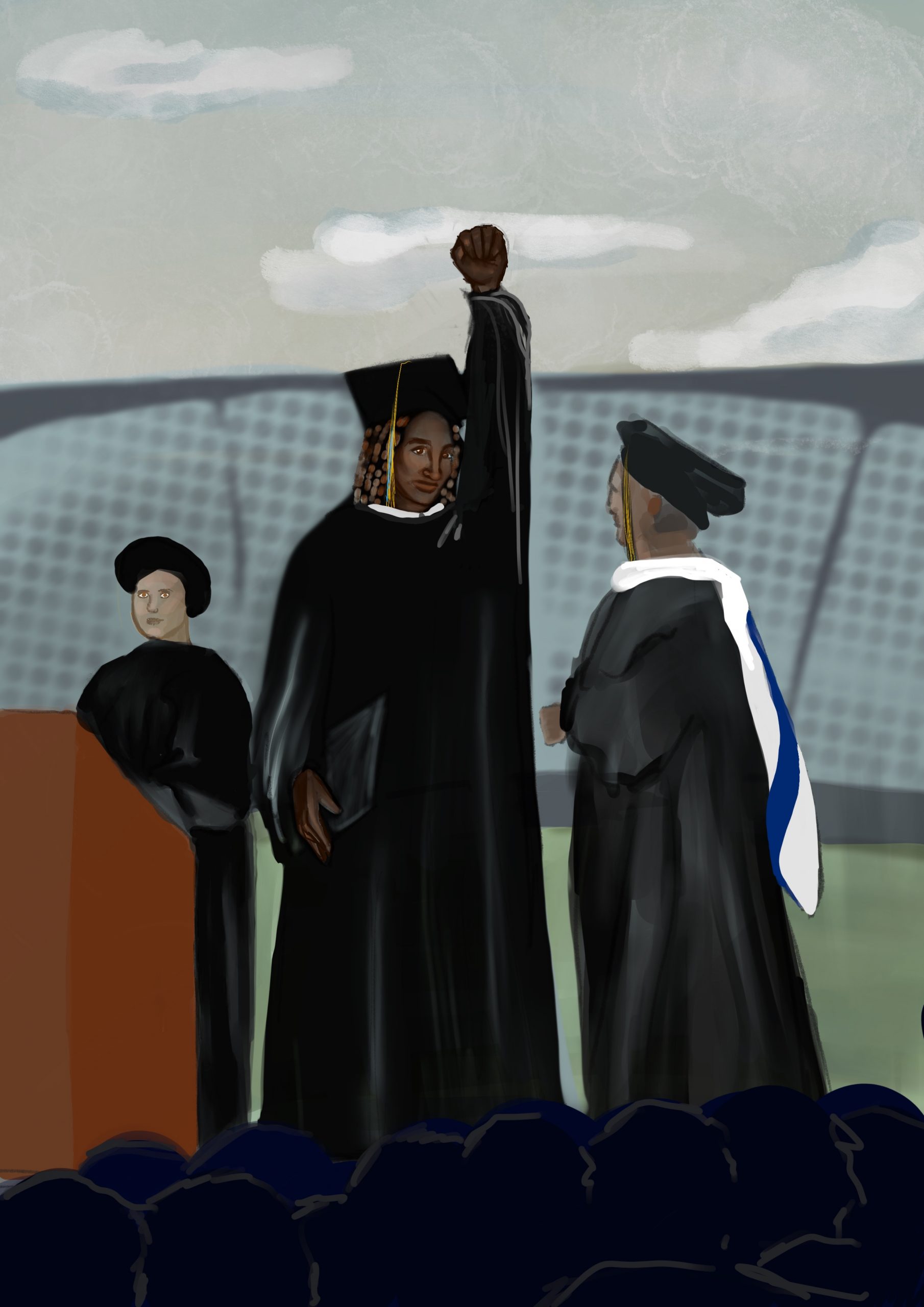 Another day, another ridiculous case of racial oppression. It feels as though every time America takes one step forward, something in the country has to make sure to backtrack any progress and take us back to right where we started.

Barbers Hill Independent School District based in Mont Belvieu, Texas recently told student DeAndre Arnold that, in order to graduate, he either cut his dreadlocks or face school suspension. Arnold did not give in to the tyrannical ultimatum and, as a result, was suspended from school for “the length of his dreadlocks,” of which he had been growing out since the seventh grade.

Since the seventh grade.

Arnold has been growing out one of the most time-consuming hairstyles for five years and it has been not one person’s concern but Arnold’s until it came time for him to achieve one of the essential milestones of his life. It almost feels as though they were waiting for this time of his high school career to try and flush it all down the drain.

Such drastic reactions to appropriate and natural hairstyles most often worn by black people, like dreads, box braids, cornrows and afros, are undoubtedly rooted in anti-blackness and blatant ignorance to the beauty and culture that each style may possess. Those aspects are so often overlooked and can be so hard for certain people to identify because those people allow discrimination and nonsense to cloud their perception of a race that hold nothing but love and tenderness for the world and those around them. It is only when black people are provoked by such negative and resentful behaviors that they, too, can very possibly become resentful and bitter.

This is just one of many incidents of racially motivated disdain towards black hairstyles in recent years. It has been happening so often that some states have needed to pass laws that ban natural hair discrimination in the workplace. Directing hate towards a person’s natural hair, so much that laws have to be made to protect those being attacked, is so unfathomably shallow and has to be one of the lowest of the lows one could get.

However, there is a bright side to this all. As of late, Arnold has done himself a great favor and withdrawn from Barbers Hill ISD. Additionally, he has been shown and given support from thousands on social media and has even been invited to The Ellen Degeneres Show, where Ellen gifted him $20,000 to support his future endeavors.

Arnold removed himself from the district and got away from the disrespect and oppression, but doing this only avoided the issue and did not solve anything. Justice was not served for Arnold. It is hurtful and maddening that it was grown adults that bullied a student out of a school district instead of taking him out of suspension and understanding the ridiculousness embedded within the reasons he was sent away.

Hopefully, Arnold will be able to find peace and an abundance of acceptance and mindfulness in his new academic environment. I wish him nothing but sincere respect from others and a fruitful      future.