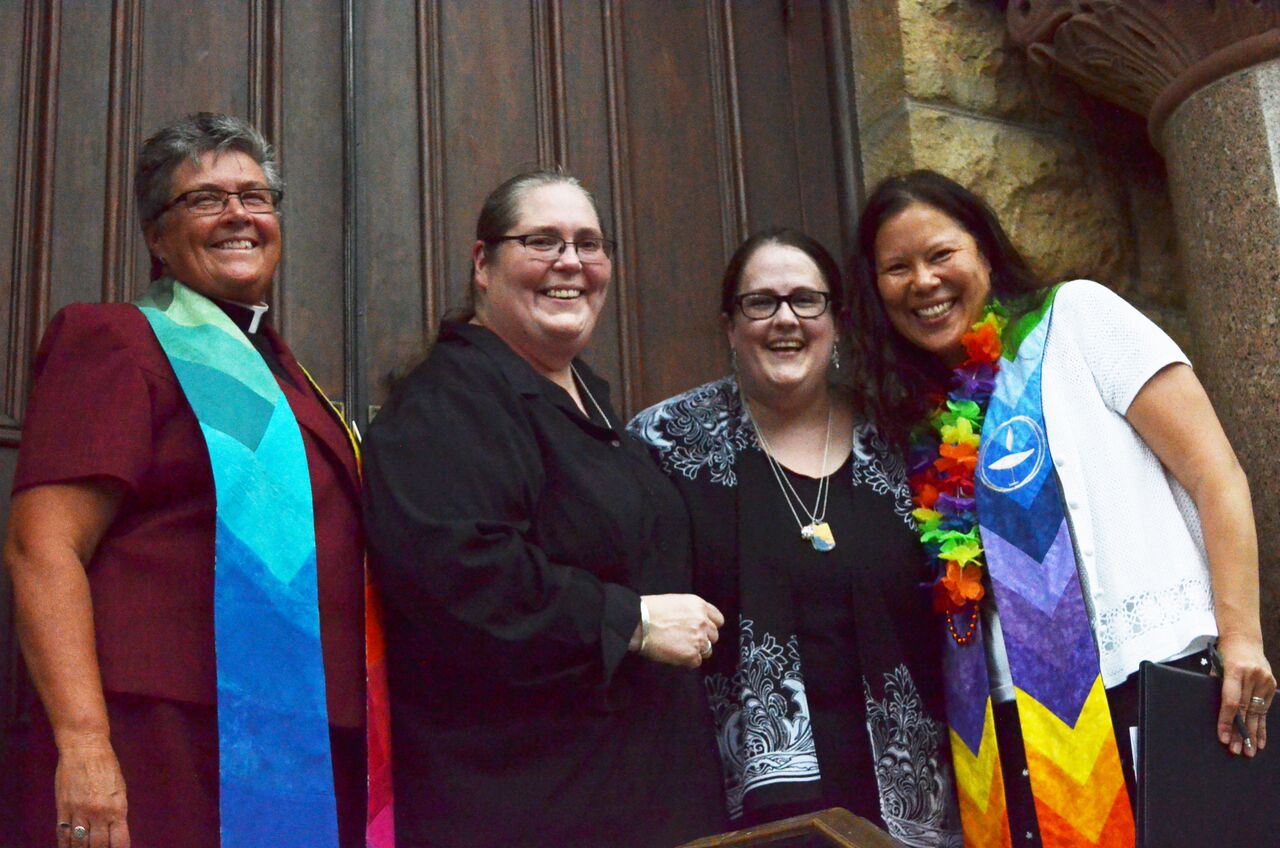 On Friday, June 26, more than 100 community members rallied in support, celebration of the Supreme Court’s ruling to support marriage equality throughout the United States and in protest of Denton County refusal to issue marriage licenses to same-sex couples.

“I think it’s a real shame that an excuse about vendors is being used,” Reverend Colleen Darraugh said. “Dallas country was clearly ready, many other country across this state were ready. I think it was an excuse not to extend the laws. If Mary Horn, Denton County Judge, doesn’t want to be a part of it that’s fine, there are plenty of others who are willing to conduct ceremonies.”

Darraugh was just one of the clergy members that gathered to support and offer their services to couples wanting to be married.

“I knew we were going to have marriage equality in Texas because we have had awesome rainbows across the sky every week leading up to this,” Unitarian minister Pamela Wat said. “So I knew God was on our side.”

Wat addressed the crowd about the negative reaction to the Supreme Court’s decision and the backlash from those who do not support it.

“We are supported by clergy across Denton and I want you to remember that when the negative voice are out there,” said Wat. “They say they’re speaking on behalf of the faith community and I’m here to tell you, they are not. I see this vote as a vote to preserve the sanctity of marriage. When some people can get married and some people can’t, that is injustice and injustice does not line up with what is sacred.”

Depee and Ford were one of many couples who were denied marriage licenses by Denton County, but decided not to wait and went to Dallas County Courthouse.

“There logistics where very smooth,” Ford said. “The courthouse had every step planned out perfectly.”

Ford also spoke positively about the environment while waiting and said that many people were there just to give support to the couples that were there.

“It couldn’t have gone any better in Dallas,” Depee said. “It was so overwhelmingly full of love, support and encouragement.”

The couple said they seemed to have a seamless day and how shocked they were that everything seemed to fall into place for them. After the four hour long process they headed to Denton with their license in hand.

“We pulled up to the square and hopped out of our car, walked through hundreds of people, walked right up and did our thing, it was crazy,” said Ford.

Both Ford and Depee have lived in the Denton area for over twenty years, graduated from the University of North Texas, received masters from and teach at Texas Woman’s University.

The rally ended quickly after the ceremony due to rain, but Wat and other clergy are hosting a celebration on July 11 from 2 to 5 p.m. at Denton Unitarian Universalist Fellowship and will be marrying any LGBT couple for free.

Published in Features, LATEST and News