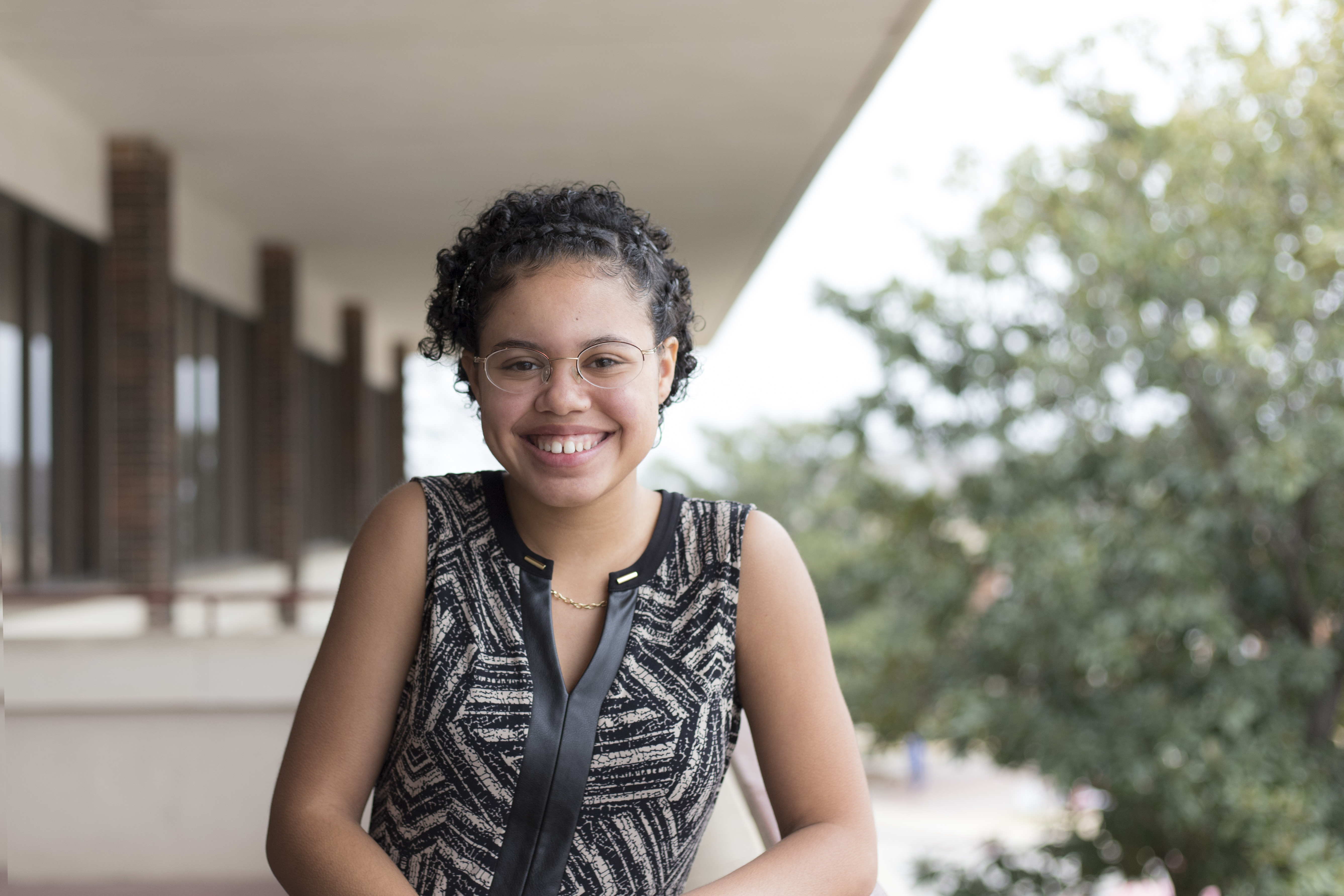 First-year Haley Taylor Schlitz probably doesn’t look like anyone out of the ordinary to her classmates at TWU. Only a few unique details set Schlitz apart, but those details are remarkable.

For one, she is just 15 years old, and if that information isn’t surprising enough, she isn’t really a first year, either. This is Schlitz’s first semester at TWU, but she has entered in as a junior who will complete her undergraduate degree in three semesters.

Schlitz’s journey to being a 15-year-old Junior at TWU isn’t what one would expect. She wasn’t an identified child prodigy who has accelerated through school. Rather, her genius was hidden behind her boredom.

As Schlitz explains, she attended public schools in Texas from grade two through grade five. In her final year attending public school, she found herself disinterested with a curriculum that was designed entirely around passing the State of Texas Assessments of Academic Readiness. Her grades suffered due to her disinterest, and when her parents realized the correlation between Schlitz’s struggles and the school’s focus on STAAR, they removed her from school in favor of home-schooling.

Schlitz took part in a home-school organization that met two days a week. She thrived in an environment that allowed her to quickly complete and move on from subjects that disinterested her and accelerate through subjects in which she displayed remarkable natural ability. “I’ve always been one to just want to get done; ever since middle school, I think I’ve been tired of the exams and the studying and all the stress of being a student,” Schlitz said. At just 12 years of age, Schlitz earned her high school diploma and began taking college courses at Tarrant County Community College at age 13. Two years later, she is here at TWU and excelling as an Education major with a focus in Interdisciplinary Studies. When considering where to complete her undergraduate degree, Schlitz applied to 21 schools and was accepted to each and every one of them.

Being close to home was of particular interest to Schlitz, and she was attracted to the atmosphere of female empowerment that TWU promotes, and what she described as a beautiful campus that made her feel welcome and accepted. “The entire package is what really drew me here,” said Schlitz.

Schlitz feels like she fits in well with the student body, though she noted she is often asked about her ability to socialize as  a 15-year-old studying among young adults. However, Schlitz takes these questions in stride, and she participates in a number of social organizations with students closer to her age. Like most 15-year-old students, she has best friends and peers who enrich both her academic and social life. Schlitz set the bar high for herself, and after TWU, she intends to attend law school, already planning to take her Law School Admission Test and narrowing her choice of schools. She has a particular interest in business law, and she hopes to develop an expertise in contract law that would enable her to be an agent. She doesn’t rule out pursuing an MBA after law school, either, and she exudes a determination that helps her focus on her goals without limiting her possibilities.

The drive that fueled her many accomplishments continues to propel her forward: “I just want to get to that point where I’m doing what I want to do—for me—to go and live my life and do what I want to do.” She may not realize it, but Schlitz is already doing that.