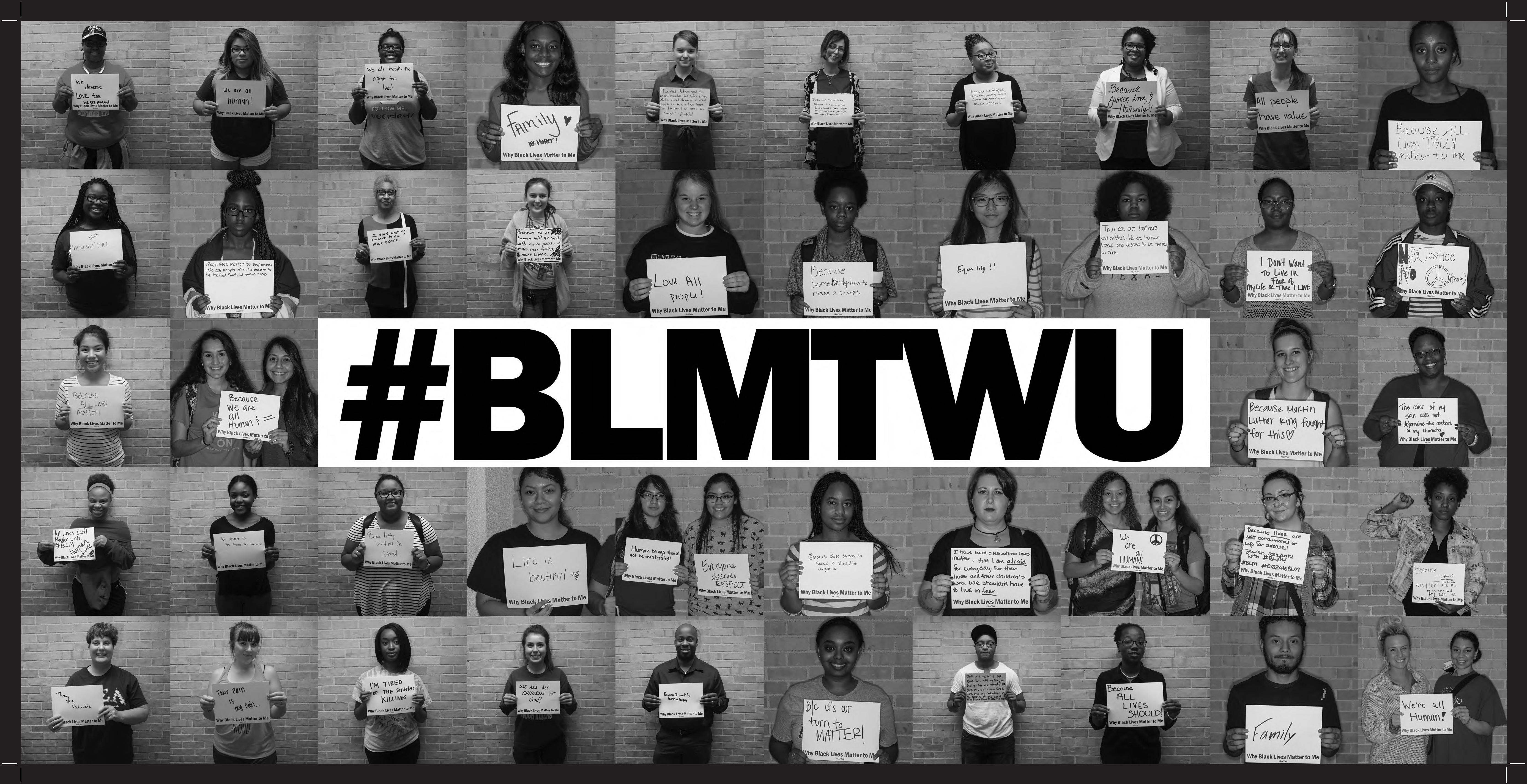 It is no secret that our nation’s current political climate has sparked serious concerns surrounding racial inequality. The Women’s Studies Graduate Student Association (WSGSA) is stepping up to address these issues and ensure that students have a voice on campus.

On Nov. 2, the group screened PROFILED, a documentary addressing police brutality towards people of color. A panel and a photo project (pictured above) followed the screening.

PROFILED was met with active engagement from students and faculty alike, and the group plans to keep the dialogue going. In April, there will be a screening of 13th, a documentary discussing the U.S. prison system as it connects to the country’s longstanding history of racial inequality.

Tucker: “By presenting this, we’re giving [students] a time to kind of unpack everything that’s happening.”

Tamplin: “With the election, and with the visibility around police brutality, we’re having overlapping dialogues. We’re having people who are like ‘I’ve never seen this before, so it can’t be happening’ or ‘I’ve never seen this before, and I don’t know what to do or how to be there for other people.’ Then you have students who are living these daily experiences…but may not have been given the space or the voice to have these conversations.”

Phillips-Cunningham discusses how these screenings may impact understandings of diversity.

Phillips-Cunningham: “Diversity is this word that’s spoken a lot. It’s wonderful to have so many people here from different racial backgrounds, ethnic backgrounds, religious backgrounds – but then how do you nurture and really attend to the needs of a diverse student population? In a way, we’re kind of holding the university accountable for that, and saying it’s not just enough to have different looking faces here. How do you respond to their needs, their worries, their concerns? So this is a way of also hopefully strengthening the university’s commitment to diversity.”

Among several goals, the group hopes to give students a platform and engage them in productive dialogues through this project.

Phillips-Cunningham: “It is my hope that through all of this programming, the administration starts to link diversity to retention. Sometimes, students are more willing to fight to stay in school even given financial challenges, family challenges, if they feel as though the school is welcoming of them and that the school cares. This programming is also showing that we care, and sometimes that is enough to get a student out of the door in the morning.”

13th will be screened in CFO 202 and 203 on April 6 from 6 to 9.m., followed by a panel featuring Assistant U.S. Attorney Mattie Compton, Vice President of the Board of Directors of the Innocence Project of Texas Cory Session and Miles of Freedom Program Director Tahvia Merrill. The screening will also be live streamed to the Dallas and Houston campuses.