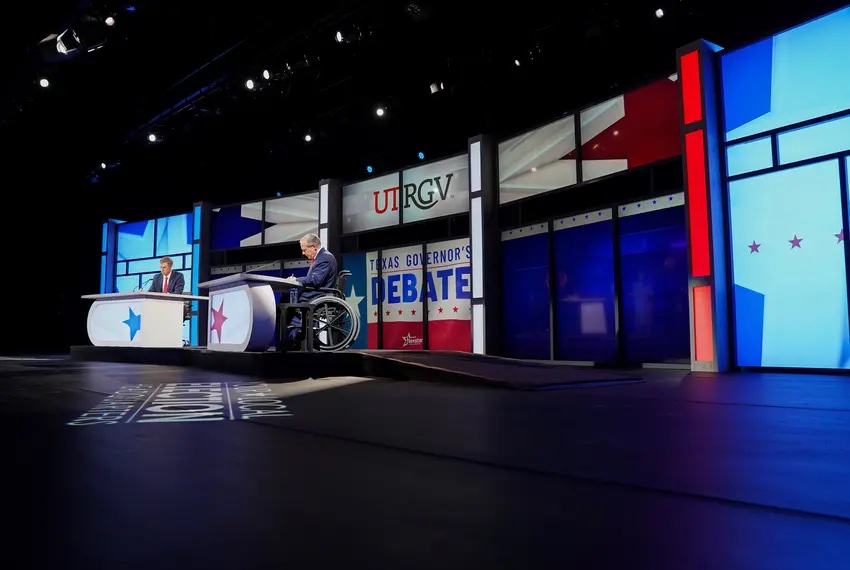 What is on the ballot for the 2022 midterm elections

As November 2022 inches closer, so do the 2022 midterm elections. In the state of Texas, there will be several statewide races on the ballot this election cycle.

The race for Texas governor is one of the most anticipated elections of this cycle. The governor position has not been held by a Democrat in Texas since 1995, so this year’s tight race with candidates Greg Abbott and Beto O’Rourke is being closely followed.

Greg Abbott is the incumbent and Republican candidate running for his third consecutive term. According to gregabbott.com, Abbott’s vision for Texas is focused on creating more job opportunities, evaluating current education systems, protecting individual liberties and securing the Texas-Mexico border. Abbott continuously emphasizes his past work as attorney general and the work done throughout his past two governor terms.

Beto O’Rourke is the democratic candidate who ran for the U.S. Senate in 2018, but was ultimately defeated by Ted Cruz with a 3% point difference. O’Rourke plans to undo actions taken by Gov. Abbott, and he highlights putting forward stricter gun control laws and implementing a red flag system in the state of Texas as well as promising to repeal permitless carry. O’Rourke also opposes actions taken by Abbott on abortion and plans to trust Texas women by pushing forward with family planning and veto legislation taking choices on their bodies away from women, according to the Beto for Texas website.

The position of lieutenant governor is the second highest office in the state of Texas and is the presiding figure over the Texas Senate. Running for this position are Dan Patrick and Mike Collier.

Patrick is the candidate for the Republican party and is running for his third term. Throughout his time in office, Patrick has supported property tax relief and focused on school options while expanding on his work on education in the Senate. Patrick has ties to Christianity through his faith-based organizations, book and film.

Opposing Patrick is former CFO of Layline Petroleum, Mike Collier. In 2018, Collier ran the closest race in two decades against Patrick. Because of his past experiences working in energy, Collier plans to increase investments in battery storage and smart energy for the Texas ERCOT power grid. He also plans to further school funding and improve special education.

Paxton has been Texas attorney general since 2014 and has been involved in controversy due to his involvement in a fraud indictment and an FBI investigation. Paxton promises to continue conserving the United States Constitution and is clear about his opposition toward amnesty. He emphasizes his work and support of law enforcement in order to avoid human trafficking and sexual assault crimes in Texas.

Rochelle Garza is an immigration attorney and has argued cases in the Texas high courts and the United States Supreme Court. Garza expresses intentions to expand Medicare throughout Texas and to stop lawsuits from the Attorney General’s office against public entities taking COVID-19 precautions.  She also plans to continue her work for civil rights by promoting women’s rights, LBGTQ+ rights, worker’s rights and the legalization of cannabis. Garza is discontent with the current policies that affect the border and plans to end Operation Lone Star.

In the state of Texas, the Agriculture Commissioner focuses on promoting agriculture, economic development and food security. The race is between incumbent Republican Sid Miller, and Democrat and lawyer Susan Hays.

Land Commissioners in Texas oversee all state-owned property while also overseeing disaster and public-school funds. The race is open as the former land commissioner ran for attorney general. This election cycle Republican Dawn Buckingham and Democrat Jay Kleberg are competing for the position.

In the Texas Court of Criminal Appeals, three seats are also up for elections. Up for place two, running unopposed is incumbent, Mary Lou Keel, place five is between Scott Walker and Dana Huffman, and the final place, place six, is between Jesse McClure and Robert Johnson.

The job of the Texas comptroller is to oversee all taxes and treasury issues. The race is between Republican Glenn Hegar and Democrat Janet T. Dudding.

The railroad commissioner is in control of the oil and gas industry in Texas. Republican Wayne Christian and Democrat Luke Warford are up for the job.

Denton county is part of the 13th congressional district. In the race for this seat are incumbent Republican Ronny Jackson and Democrat Kathleen Brown.

In the 64th district, which Denton county is a part of, Republican Lynn Stucky is running unopposed for Texas House Representative. Running for Texas Senate seat, unopposed, is incumbent Drew Springer.

Texas State Board of Education

Denton county is a part of the 14th Board of Education district. The election is between Republican Evelyn Brooks and Democrat Tracy Fisher.

During the 2022 midterms, the city of Denton is holding special elections for two propositions. The propositions on the ballot are proposition A that will determine the removal of city council member from district 4, Alison Maguire. The second proposition is proposition B that will add an amendment to the Denton Code of Ordinances to address marijuana use and enforcement.