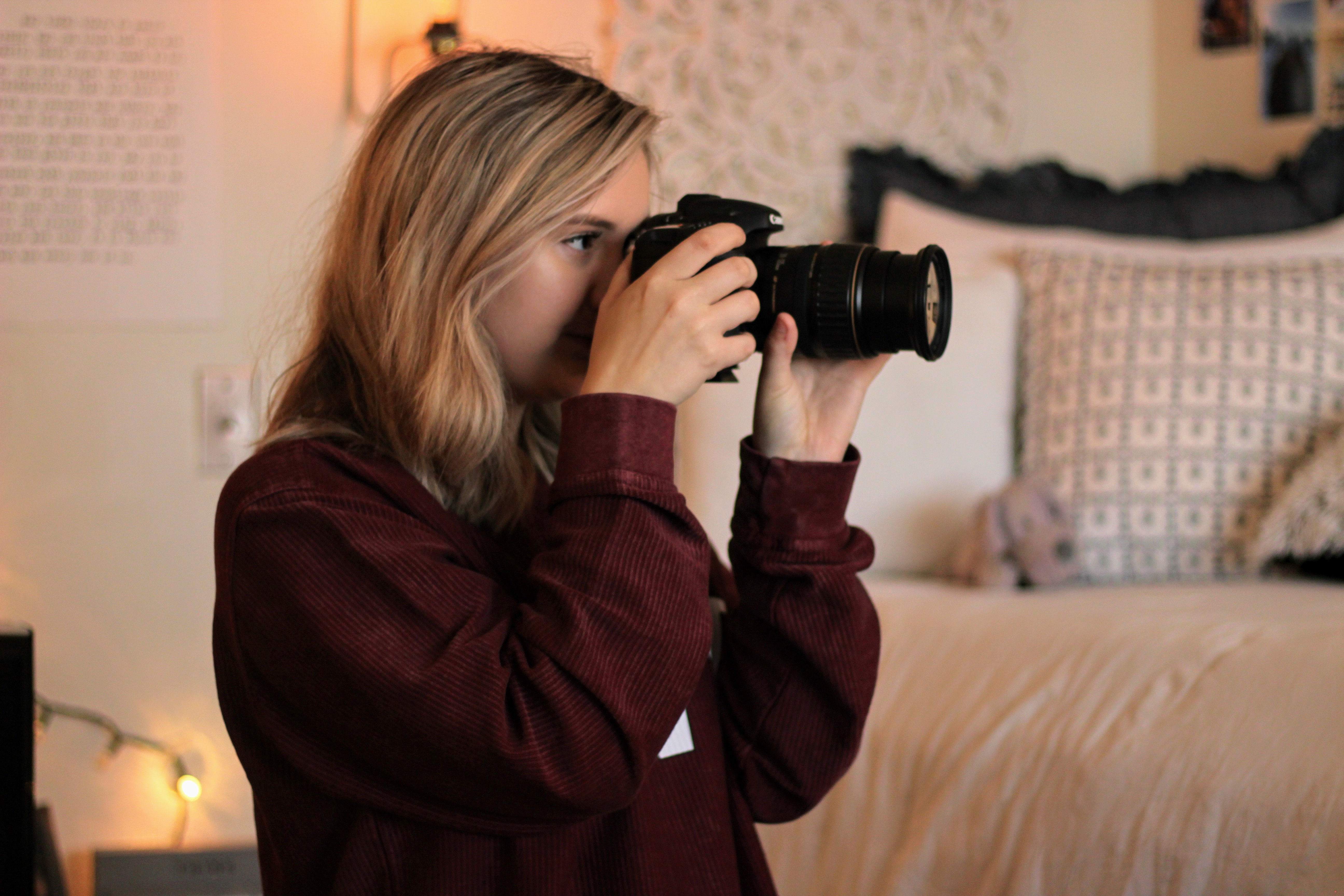 On an early Tuesday morning, Skyler Martin steps into a Guinn Hall freshman dorm with her Canon EOS Rebel in hand. Her Canon decides not to work that day, so she uses her iPhone XS to capture the room her around.

She films the fairy lights arranged near the entrance of the dorm. Her phone camera records the wall collage of pictures near one of the beds and some of the framed inspirational quotes on the wall.

All of the footage Martin, a junior marketing major, captured was used as b-roll for the next video for the We Are TWU YouTube channel. Martin plans, films and edits videos for the channel by herself.

Martin transferred to Texas Woman’s University from St. Edward’s University last semester. When family issues arose and she needed to move closer to home, she decided to enroll at TWU because she loved how close-knit the campus is.

“I decided TWU because it is similar to St. Edward’s University in that it is a small close-knit campus,” Martin said. “I think a small campus gives me more areas to thrive and succeed, and that is one of the reasons why I chose TWU. I also saw a need for room for improvement as well, and I want to make an impact on it as well.”

When Martin started working as a digital media assistant for the College of Business, her boss, Leslie Pearson, told her the student assistants who ran the channel last year were moving on to new things, and she was worried the channel would go under. Pearson asked if Martin was interested in running the channel and rebranding it, and Martin agreed.

In the future, Martin hopes to post videos weekly, but since she is the only one running the channel, she uploads biweekly. She breaks her filming process into two weeks. Martin uses the first week to plan the logistics for the video and reach out to the necessary people to set up a meeting to talk about a filming schedule and the goal of the video. If the video requires a script, she might use this week to write out the script or an outline of what she needs to say.

The second week Martin will film and edit the video. She tries to gather more footage than she needs just in case. She then transfers the footage to her external hard drive and starts editing.

“Editing is honestly my favorite part of the video-making process because it is really fun for me to learn new effects and graphics,” Martin said. “I think, of all the video-making skills, I think editing is my highest skill, and I enjoy it the most.”

Martin hopes more students will want to become involved in the channel. Since she understands editing, she hopes to find someone who has a knowledge of filming as well as someone who wants to be in front of the camera.

Her goal is for the channel to be collaborative and give prospective students a glimpse into TWU. Martin hopes the channel becomes a representation of the student body.

“I don’t want it to just be me,” Martin said. “For example, for potential students who want to go to TWU, if they find this channel, I want them to see the diversity of TWU.”