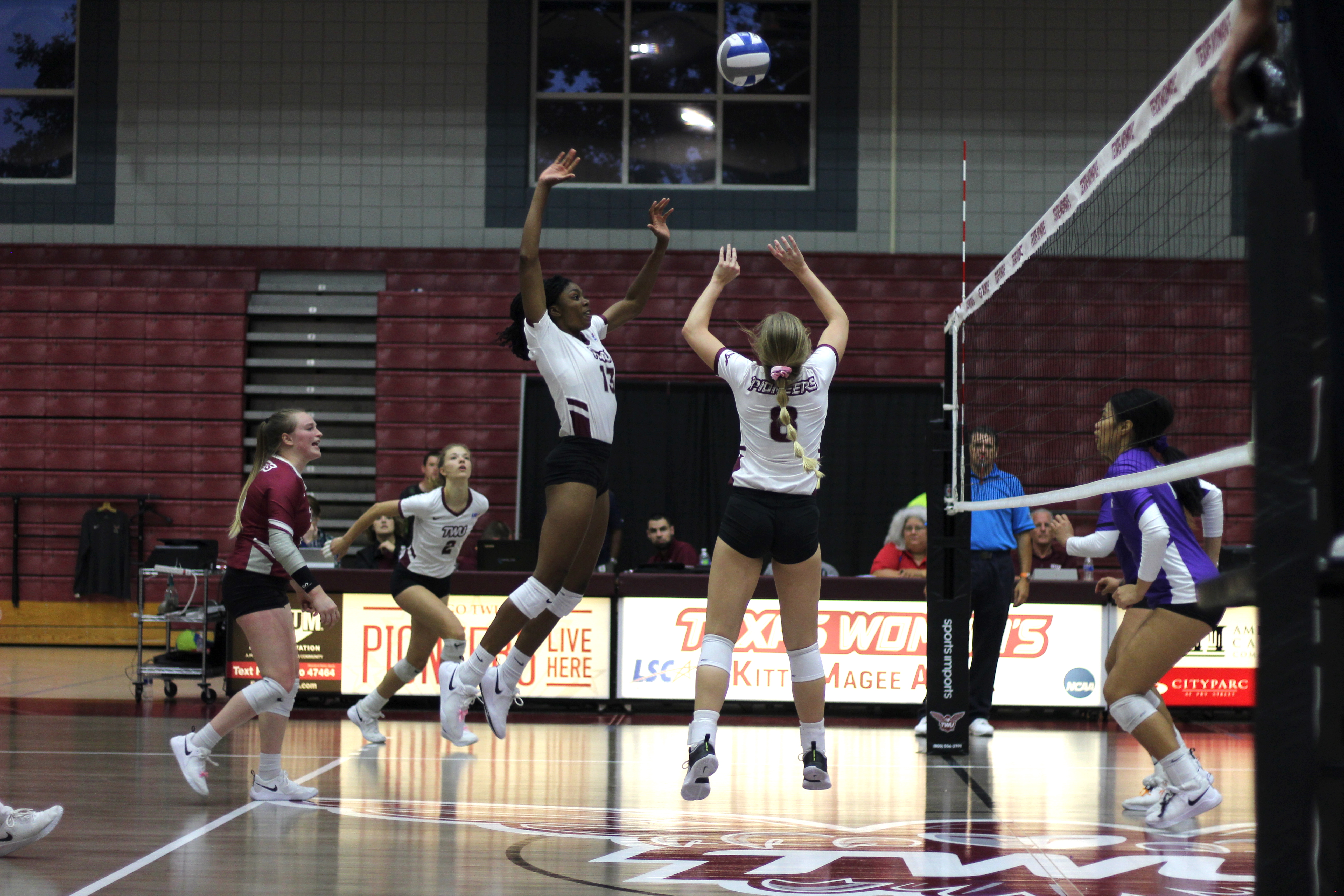 The Pioneers volleyball team fell short in their match against Tarleton State last Tuesday in the Kitty Magee Arena finishing the sets 1-3.

Tarleton State was first to mark the scoreboard, earning their first points minutes into the game. The two teams started off the first set staying close in points, fighting for the lead. The match resulted in the Pioneers falling behind, the score coming out to be 25-19.

The Pioneers picked up their play strategy during the second set and scored above Tarleton, finishing the match 22-25.

“During the second game, Texas Woman’s really got us,” Alyssa Tonga said, who travelled from Burleson, Texas to root for Tarleton.

Tonga, along with her husband Aulola Tonga, said that they believed Texas Woman’s briefly had a chance of taking over the game.

“In the third match, I could see that Tarleton picked up their pace,” Aulola Tonga said, who had also come out from Burelson, Texas to support Tarleton State. “It was nice to see that they were eventually able to win the game.”

Oche also said that though they might have let their guard down that evening, but the challenge played a part in preparing them for upcoming games and how to handle similar situations in the future.

“We like to put emphasis on ‘starting fast,’” Oche said. “The beginning of the game is all about testing things out early.”