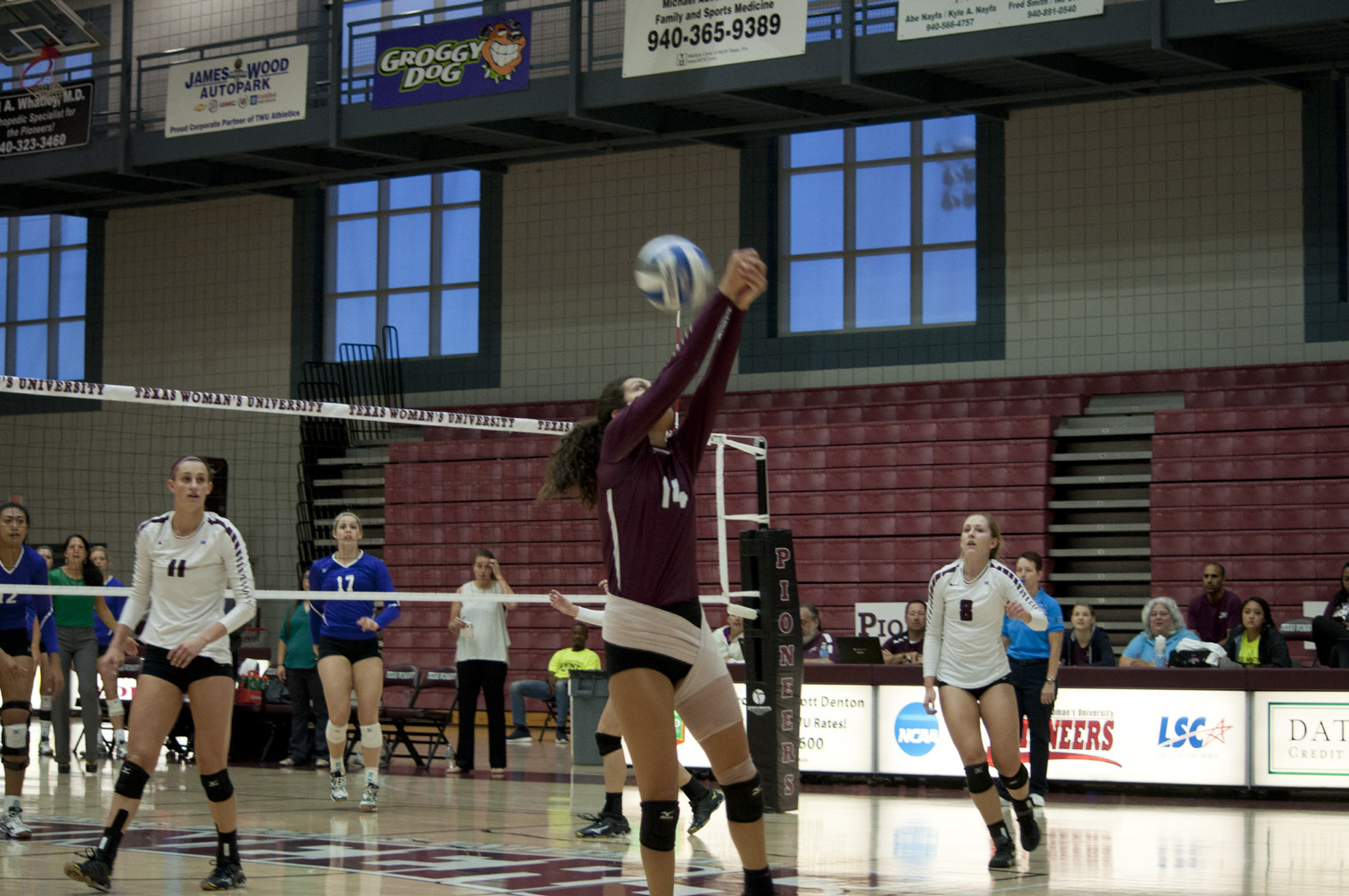 After an intense weekend for the Pioneer volleyball team, TWU lost 3-0 to West Texas A&M and 3-2 to UT Permian Basin, securing Midwestern State University’s vie for the final seat of the Lone Star Conference championship tournament and ensuring the close of a season for TWU’s players.

Two games remained in the season before the weekend and TWU was toe-to-toe with MSU for the eighth seat in the LSC. The Pioneers had to win at least one of the games in order to tie with Midwestern State. According to TWU Athletics, TWU would have taken priority for the eighth seat because they had beat Midwestern State in two earlier scuffles this season. In the game against West Texas A&M on Fri., Nov. 11, TWU managed a three-set match, losing to a sweep by the opposing team with a score of 25-13, 30-28 and 25-12.

The Pioneers put up a fight on Sat., Nov. 12 while playing UTPB for their final game and last shot for a seat in the LSC. TWU started strong in the first two sets, scoring 25-19 and 26-24. The last three sets were a close loss for the team at 25-23 in sets three and four and 22-20 in the fifth and final set. Interim Head Coach Jessica Beener shared that in retrospect, the team needed to be consistent in finishing games. The rough start this semester with most of the team recovering from rhabdomyolosis made it tough: “It came down to that last game against UTPB and we won two sets and I thought we had it there, but we let them come back in the third and fourth and that was a tough battle. But I like the way our kids fought.”

In light of the outcome of the last two games of the season, some of TWU’s players beat records and set career-highs. Senior Middle Blocker Sarah Oxford recorded 36 kills during the game against UT Permian Basin, Nov. 12, which went to five sets. According to TWU athletics, Oxford set a new record for the Pioneers, where she broke the 35 kill streak set on Oct. 27, 1995 by former Pioneer Michelle Murray. Beener shared: “Sarah Oxford, our senior middle, had a great season. She was our go-to player in everything we played new at…So seeing her step up and take on that role this year was exciting to watch.” Oxford also recorded 10 digs, making the game her 14th double-double of the year. First-year setter Katy Ranes made her sixth double-double of the season with 56 assists and 16 digs. First-year defense specialist Bailey French rallied up 21 digs, a career high for the new player.

Interim Head Coach Jessica Beener commented: “It was tough…I feel like we kind of made a run there at the end, once we got all of our players healthy and of course you always have to account for injuries because they’re going to happen. I feel like we finished strong, we just got too far behind in the beginning and that really hurt us in the end.” Beener feels that the spring will offer the first-years some time to grow and mature before they hit the ground running again next fall.