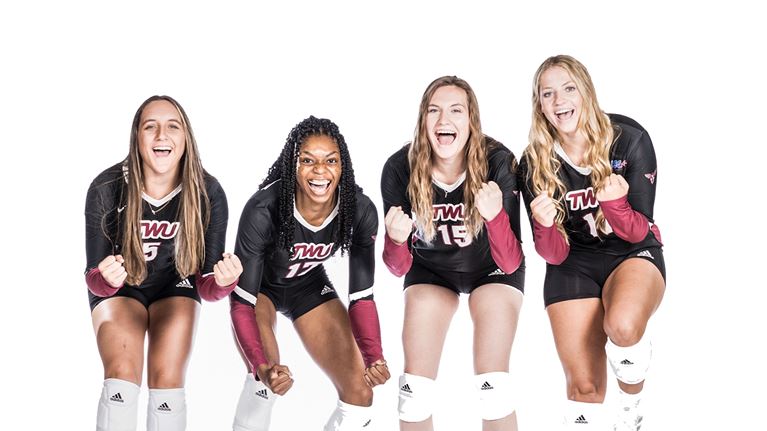 The pioneer athletic teams begin their seasons with both wins and losses.

In Jackson, Tennessee, the Texas Woman’s University volleyball team competed in the Union Volleyball Classic where they were victorious in their first match of the season. The Pioneers defeated Belmont Abbey College in a three-set sweep.

“I see the opportunities for growth in our program and continued to watch our toughness and grit improve throughout the second match,” head volleyball coach Jeff Huebner said in a statement

Freshman Tori Woods made an electric start to her college career at Texas Woman’s University, recording 31 kills, 12 aces, and 52 digs at the Union Volleyball Classic on Aug. 26 and 27. For her impressive performance, she was honored on the All-Tournament Team.

The Pioneers swept all four teams at Denton Volleyfest on Sept. 3 and 4, remaining as the only undefeated team in the tournament. The Pioneers dominated against Northwestern Oklahoma State, Ouachita Baptist, Fort Hays St. and Missouri Southern State. Tori Woods, Lizzy Reed, Kiya Yeoman, Kaia Saylor and Yanley Pabon were all named to the All-Tournament Team, with Pabon securing her spot as the Tournament MVP.

The Pioneers will be back in action as they host the LSC Crossover on Sept. 8-10, playing four more matches this week in the Kitty Magee Arena.

The soccer team fell in their first game of the season to Colorado School of Mines on Aug. 25.

TWU bounced back after their loss to tie Regis University 1-1 on Aug. 27. In a week of many firsts, sophomore Dylann Vollaro scored her first career goal on the road and the first goal of the season.

Freshman Bri Luna was able to have her first career assist, as she aided Vollaro in scoring the goal at the 13-minute mark. The Pioneers led with a strong defense, with TWU’s goalkeeper Morgan Sherman narrowly missing the ball at the 67-minute mark.

In their home opener against Oklahoma Baptist University, the Pioneers fell, despite a great effort. Even with the mud and rain, the Pioneers outshot the Bison 19-7.

“Tough loss today, but I’m proud of how our team kept battling,” head coach Abouzar said. “Our ideas in the final third were spot on, but we just to continue to work on our execution.

Due to lightning in the area, TWU soccer’s match against Midwestern State was suspended in the 67th minute. The current date and time for resuming the game have not been finalized.

The Pioneer’s next scheduled match will be Sept. 8 at home against Harding University.

Maddie La-Rosa Ray can be reached via email at mray10@twu.edu.