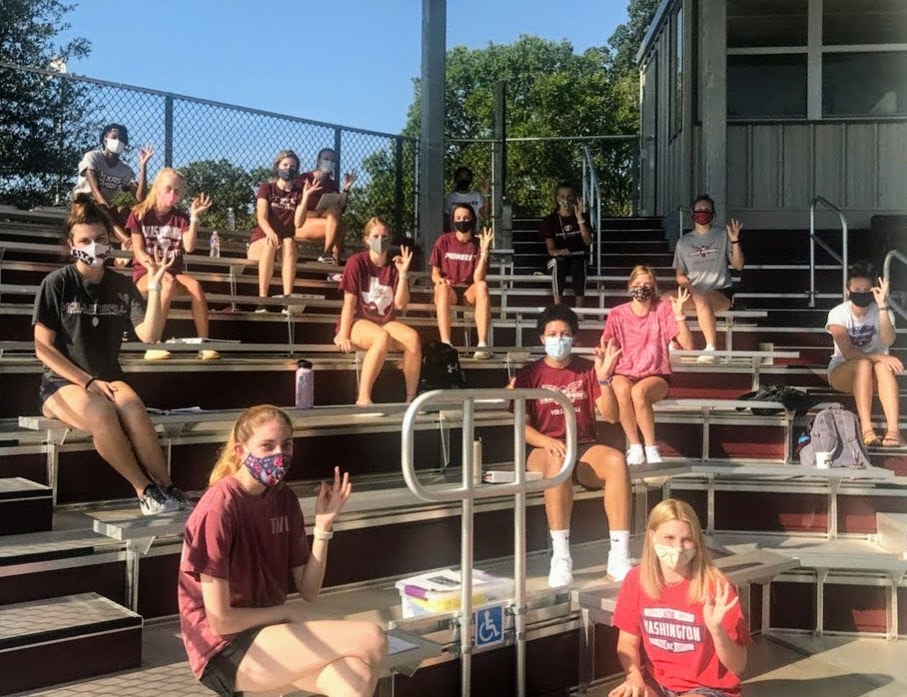 Due to the sudden onset of the COVID-19 pandemic at the start of 2020, it has been nearly six months since the Texas Woman’s University athletes have been allowed to come to campus and practice with their teammates. Now with school back in session and campus open again, athletics departments have been able to get back on track with training, though with a few limitations.

Competitive schedules have been thrown for a loop, with every game and match this season cancelled. Additionally, the Lone Star Conference Council of Presidents have postponed all competitions until further notice, and the National College Athletic Association (NCAA) Division II President’s Council has cancelled all fall championships, leaving the soccer, volleyball and basketball teams with no tournaments to prepare for and attend.

Still, the TWU sports teams have brought their practices to only a semi-halt, switching from mandatory team training to optional, socially-distanced training in small groups and individually. This was an executive decision made by the school’s athletics administration who believe it is important to keep the student athletes moving and active while being safe, said the Assistant Director of Athletics  for Sports Medicine, Kris Ring. Ring said that it is not easy trying to create and maintain practical alternatives and solutions as the school works to keep the athletes engaged during such an unpredictable time.

“This is the longest break some of them have ever had from their sport,” Ring said. “From a mental health perspective, it is very important to us to restore some degree of normality for them.”

“We’re doing a lot of reading and research trying to put together the best practices that we can based on a virus that is still relatively unknown,” Ring said.

The changes made within the athletics departments have impacted student athletes as they work their way around the new normal, senior kinesiology major and soccer midfielder Jazmine Navarro said. Every practice now begins with a temperature check and team members are tested for COVID every two weeks, she said. Along with this, players abide by the six-feet rule and are not allowed to touch any of the gear or pick up any balls with their hands.

Despite the limited interactions with each other and the sport, Navarro stays hopeful.

“I am holding onto the fact that we could possibly have a spring season,” Navarro said. “It kind of sucks this being my last season, but hopefully we’ll get back into regular training.”

Featured image: The TWU volleyball team meets Aug. 21 for the first practice of the season.