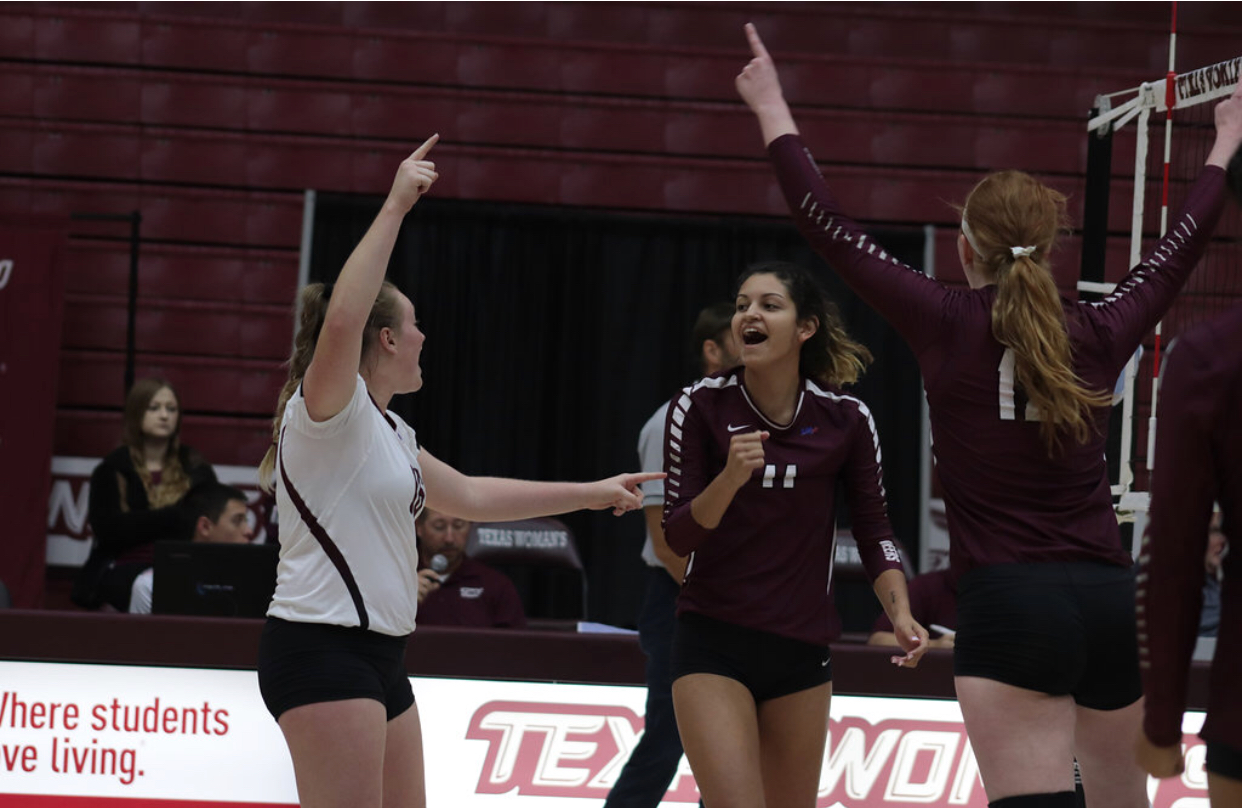 The South-Central Classic saw the Pioneers volleyball team continue its winning streak as it went 3-1 for the second weekend in a row.

“We’ve got so much returning experience,” Huebner said. “Of the six players that are returning [this season], all of them played meaningful points for us last year, so I think the leadership in the program is better.”

One standout among returning talent is senior outside hitter Makayla Mayfield, who won All-Tournament Honors during the most recent competition.

The Pioneers are also looking to new talent to help propel them toward victory, including Junior Outside Hitter Maggie Pyles, who won All-Tournament nods the past two weekends. Pyles, a transfer student, has proved to be an asset to the Pioneer defense with 14 kills and zero errors during the weekend games.

Huebner is hoping the blend of new and practiced talent will be the key to carrying the team to success at the Lonestar Conference Tournament, in which TWU finished second last year.

“We recruited winners, and they brought in a great attitude to mix with the people who have been winners with us in the past, and that combination seems to be pretty potent for us right now,” Huebner said.

TWU’s next game will be against Tarleton State in Stephenville Sept. 7.