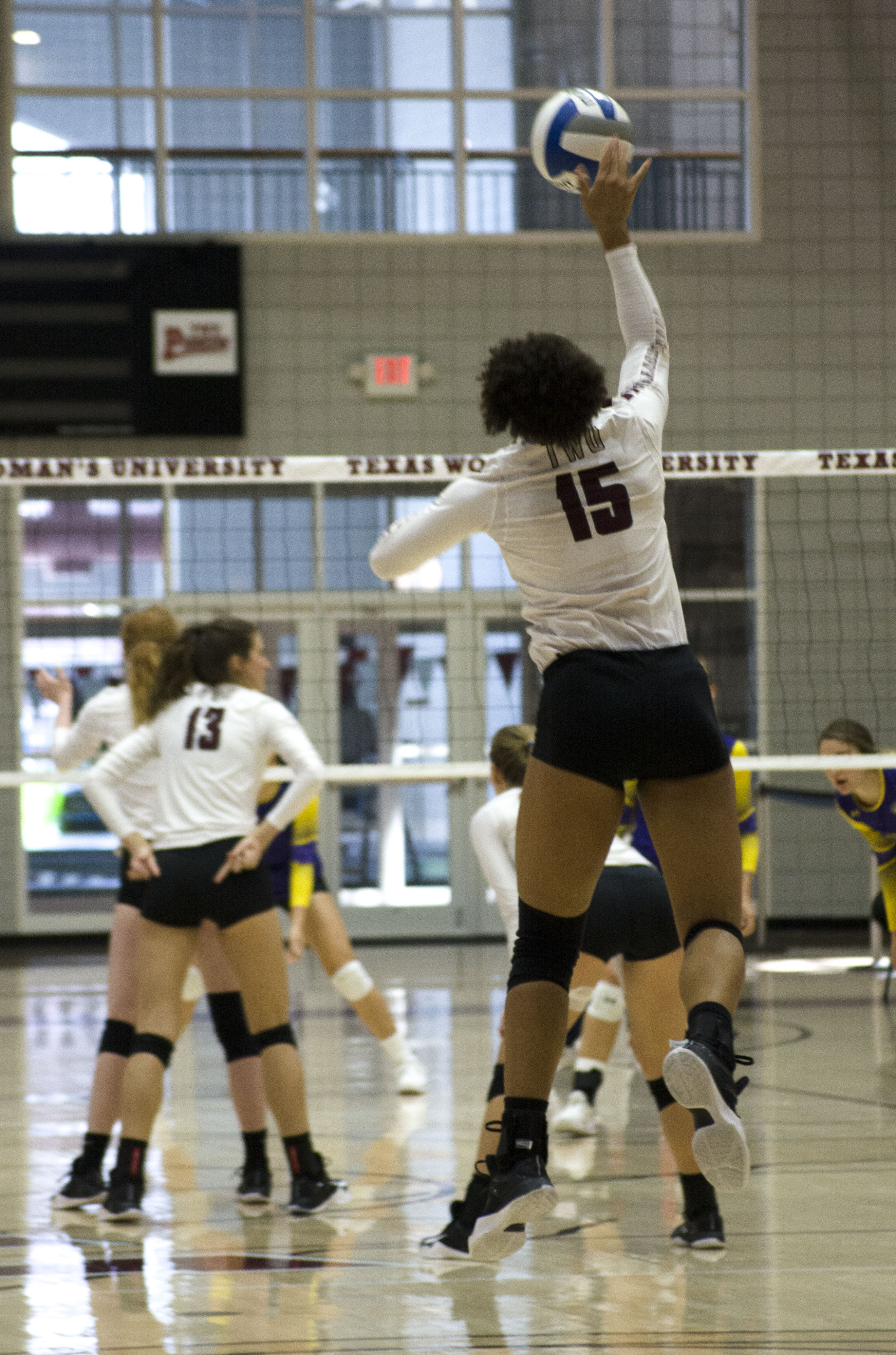 TWU Volleyball to finish season on a positive note

Last week closed out a rough stretch for TWU Volleyball, but the Pioneers managed to finish on a positive note, coming out on top with a win over Arkansas at Monticello. The win closed out a tough double-header in which TWU narrowly lost its opener against Southeast Oklahoma State in five sets.

The win snaps a five-game skid, leaving TWU with an 11-15 record on the season headed into a conference matchup with Midwestern State on Halloween night at 7 p.m. Despite their record, the Pioneers can hold their heads high as they close out their season with five consecutive conference matches, having already exceeded the nine wins they eked out of a challenging 2016 campaign. “I think that we’ve done a good job this year. When we’re good, we’re really good, and when we’re not so good, we’re not so good,” said Head Coach Jeff Huebner.

Huebner said TWU’s primary goal to finish the season was to make the conference tournament. With a 7-8 record in conference play, the Pioneers would be in if the season ended today, so TWU will control its own fate the rest of the way. “We’ve proven that we can play with the top teams in our league point-for-point like we did this past weekend [10/20-10/21] . . . I’m really pleased with our general efforts, and I’m really pleased with our enthusiasm for playing, and I love the way that our teams treat each other, and our culture on the team is awesome. I’m excited to see, as we continue to grow and develop, what we can work ourselves into because, as we’ve shown, we can compete with the top teams in our conference, so I think we’re going to be a handful by tournament time,” said Huebner.

The game against Midwestern State will be at home in Kitty Magee Arena, and attendants that come to the game in Halloween costumes will receive free admission.