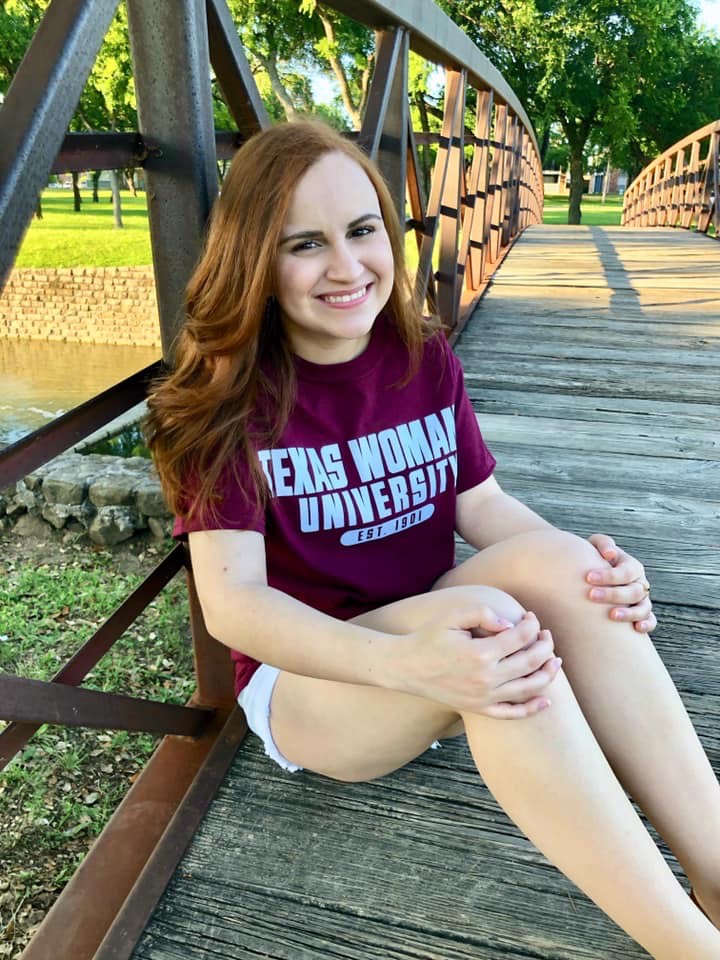 Next semester, one of Texas Woman’s University’s own Disney fanatics and Rapunzel fangirls will spend her days in the happiest place on earth, putting light in children’s eyes and making magic.

First-year elementary education major Hannah Carlisle will take her TWU classes online from Orlando, Florida as an intern for the Disney College Program at The Walt Disney World Resort.

The 5- to 7- month program allows students to work in Disney parks and resorts, networking with leaders and gaining experience while taking college courses.

Carlisle said her love for Disney, notable amongst her peers and professors, is what lit the fire of her passion.

“I’m a really big Disney fan, so there’s that,” Carlisle said. “Also, just, with my future career being a teacher, it’s good experience to work with kids.”

In just a few months, Carlisle’s dreams will come true as she entertains Disney World guests as a character performer, but she said she is also nervous about managing the new workload.

“I’ve never had a full-time job before, and then also taking classes?” Carlisle said. “If you’re still taking classes, I think they block out a little bit of time for you to do that when you’re not working, so that will be helpful. And I also think that I’m going to get a lot of breaks, so hopefully I’ll have some time to study still.”

While there are a few things to be nervous about, Carlisle said she is overall optimistic and excited to see what happens.

“Well, I am a little bit scared, just because usually people do it later in college – not as a freshman – but I just decided to give it a try and see what happens, because it’s been something that I’ve been wanting to do for a long time,” Carlisle said. “I’m also really excited.”

Carlisle’s roommate Noelle Saria said that the application process was both exciting and nerve-wracking for both of them as she supported her through the various calls and questionnaires.

“I know she was extremely nervous, so I wrote her an encouraging and empowering note for her before she left for her first round,” Saria said. “I remember her calling me on my way to class that she had made it – I was walking to my chemistry with my floormate Xurong Watson and we both started hollering. I was so incredibly proud of her.”

Though Saria is sad to see her roommate leave next semester, she said she is proud of Carlisle and looks forward to keeping in touch.

“I am both extremely overjoyed and sad to have Hannah leave for the Disney College Program next semester,” Saria said. “I know she is going to do great things in Florida and have a fantastic experience doing what she loves and dreams of doing, but I know the school semester will be so different without her. Hannah has always been my rock and backbone, [and] I will miss her friendly and kind presence so much.

“This entire journey has most definitely boosted Hannah’s confidence, and has empowered her to continue pursuing her dreams until they become a reality.”

Saria is not the only one who sees Carlisle’s potential. Taylor Morgan, Honors Coordinator for the Office of Honors Programs and Carlisle’s University 1231 instructor, said she is confident in Carlisle’s success next semester.

“Anytime that there’s been discussion in class or any kind of group activity, she’s really leaned into it and participated, so I think she’s not scared to dive in,” Morgan said. “I think she just really enjoys leaning into new projects, so I think she’s going to do well even though it is scary. It’s a new endeavor and far away from home, but she already put her feelers out there and applied to it, so I think she’s more adaptable than she thinks.”

Carlisle’s excitement and participation are evident in her volunteer work with a non-profit called Princesses with a Purpose of Texas, where she dresses up as fairytale characters and visits hospitals. She has volunteered here since 2018, where Carlisle said character integrity is stressed, which will help prepare her for her internship where she hopes to make an impact.

“I would say [I’m most looking forward to] making magic for the guests there and, just, touching lives,” Carlisle said.