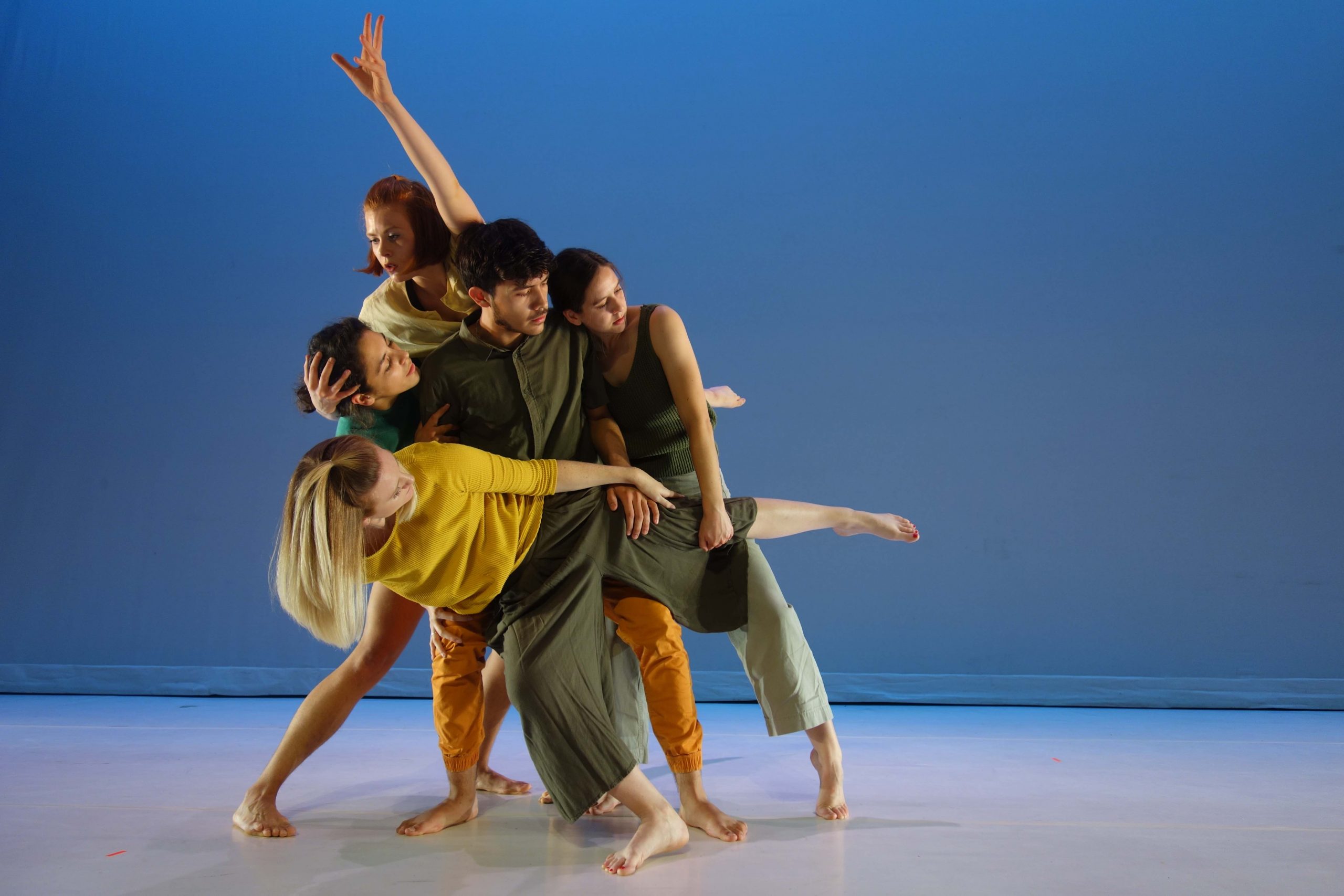 The Texas Woman’s University Division of Dance premiered TWU dance professor, Jordan Fuchs Company Sept. 10 and 11 in the DGL Dance Studio Theater. The performance, which was postponed due to COVID-19, was choreographed and directed by Fuchs along with music compositions by Andy Russ, Joseph Klein and TWU piano professor Rich Shuster.

The performance featured four dances with two being premiered for the first time, and all of the dances contained never before heard music compositions. Dances “Quartet with Walls” and “Pressuring” which were previewed as a screen dance during the pandemic and were shown on a projector while “Chain of Circumstances” and “Held” were live performances.

“Myself and all the dancers I was working with are vaccinated so that we could rehearse in a proper way and particularly, because the movement we’re doing does involve touch and weight sharing,” Fuchs said. “We couldn’t do that safely until we were vaccinated.”

Fuchs and the dancers began working on this project again in May of this year after a year-long hiatus, Fuchs said. COVID-19 affected their ability to practice the chorography because of previous restrictions.

Fuchs started dancing in college after seeing a modern dance concert and said he was hooked after that. He added dance as a minor along with his major in religious studies.

“I saw these people on stage doing things that were creatively expressive but also physically challenging and looked like a lot of fun and I was like ‘Wow, what’s this,’” Fuchs said. “So the next semester I took modern dance 101 and kept getting deeper and deeper into [dance].”

Fuchs preformed a solo called “Chain of Circumstances” with Shuster giving a live piano performance. Fuchs started off with a spotlight on him as he sat on the stage. The slow stretching and reaching movements with soft music turned into swinging with harder sounds as the dance progressed. When the music changed into louder sounds, the lights became brighter making the movements look bolder and bigger. The piece ended with Fuchs looking out into the distance.

“I’ve been dancing since I was four,” Boydston said. “[Dancing] has just been something that’s always been a part of my life.”

Boydston was featured in the last dance of the night “Held,” which also included dancers Whitney Geldon, Irving Maldonado, Reyne Maldonado, and Martheya Nygaard. This dance utilized weight sharing, meaning the dancers supported one another while moving, but there were also times where the dancers moved apart from each other.

“Held” contained tricks and floor work that flowed together seamlessly. Throughout the dance, there were combinations of both sharp and smooth movements that created a nice dynamic. The extending and contracting movement was a portrayal of going through a hard time with wanting to be together or alone.