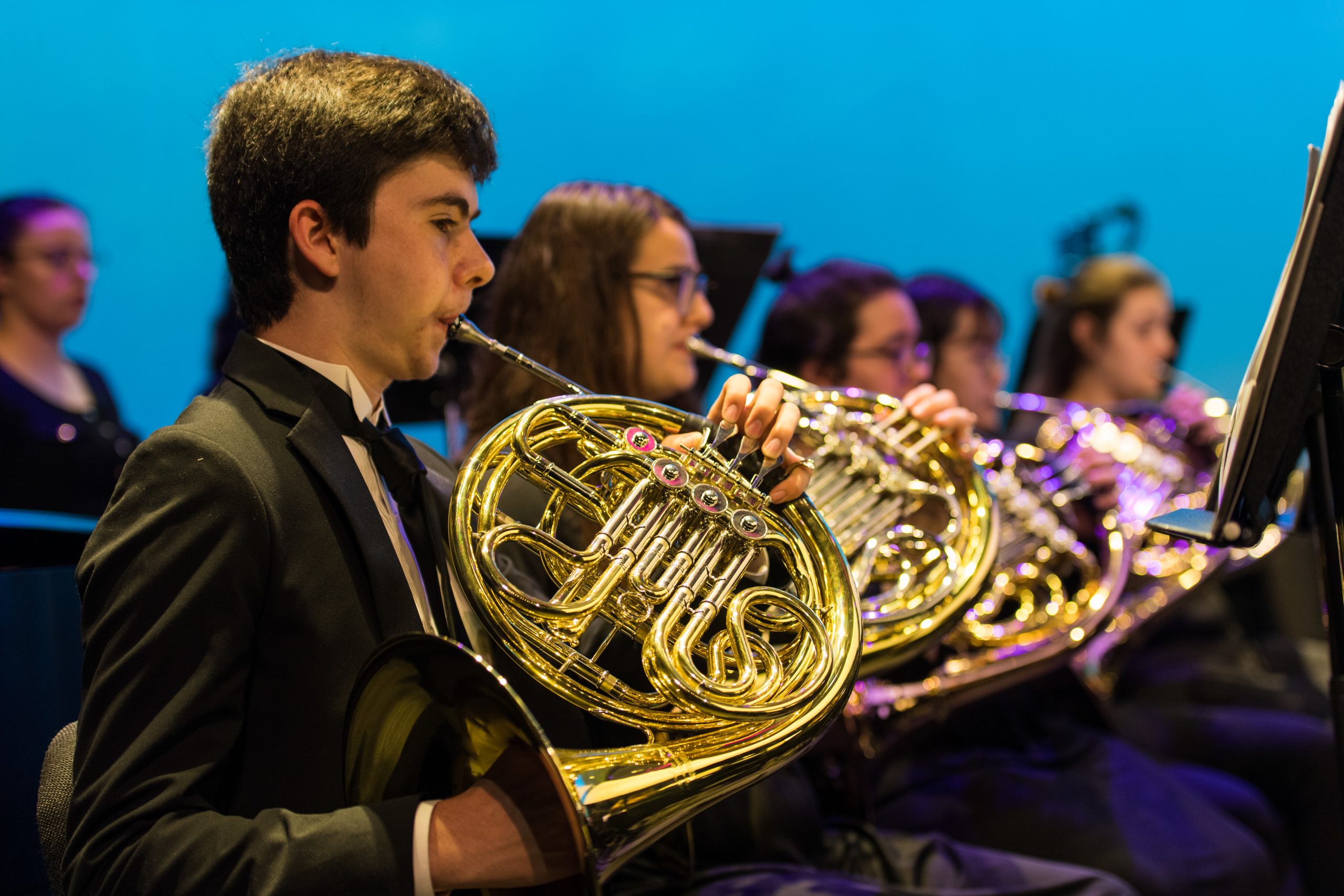 The Texas Woman’s University music department hosted a 9/11 memorial concert on Sept. 11 in the Margo Jones Performance Hall to acknowledge the 20th anniversary of the September 2001 attacks and those affected by the incidents. Varying ensembles performed including the Wind Symphony, Concert Choir, Chamber Singers and Chamber Orchestra.

The concert opened with a performance of “The Star-Spangled Banner” from the band and choirs, and then proceeded with pieces including “America the Beautiful” by Samuel Augustus Ward, “A Hymn for the Lost and the Living” by Eric Ewazen and “Goodnight, Dear Heart” by Dan Forrest.

Throughout the performance, hues of blue, red, purple and green illuminated the stage that transitioned between each ensembles’ pieces and highlighted the student musicians. The venue was in full attendance for the music department’s first concert of the school year, many being the friends and family of the performers.

Associate professor and conductor of the Concert Choir Joni Jensen said that she hoped for the choral performances to help the TWU community find feelings of peace as the nation continues to heal.

“I found it a poignant and memorable occasion,” Jensen said. “It seemed to be a perfect way to remember those we lost, honor those who worked in rescue and repair and reflect on the unity our nation can achieve when faced with such a horrible tragedy.”

Each piece chosen was to collectively convey themes of honor, commemoration, farewell, and strength, and for allowing a safe space for the audience to lament, Jensen said.

At the halfway point in the concert, associate professor Steven Young read an excerpt from American essayist Nancy Gibb’s article “If You Want To Humble An Empire” that was published three days after the attacks. The article records Gibb’s reactions to the events that occurred days prior and provides comfort and reassurance for those grieving. Young said that the article was significant for him as he had visited the attack site in New York on the one-year anniversary and was overwhelmed by the remains of buildings and the lingering smell of char in the air.

“I found I was quite emotional during the reading,” Young said. “Those memories and my feelings of helplessness as the fatal events unfolded came roaring back.”

Young then ushered a moment of silence for those who lost their lives the day of the attacks.

Senior music education and performance vocal major Graesi Trakulwatanachai said she was appreciative of the concert’s message and enjoyed experiencing the Concert Choir’s time on stage the most, specifically their performance of “O Salutaris Hostia” by St. Thomas Aquinas.

“When the girls had the solos, I wanted to cry,” Trakulwatanachai said. “My body was tingling from all the chills I got because it was just so clear and crisp. I felt in the moment.”

Trakulwatanachai said she was excited to be attending in-person events again after a year of campus inactivity due to the COVID-19 pandemic.

“I have missed being able to connect with other people through music,” Trakulwatanachai said. “I feel like concerts are one of the best ways that people can show their talent, so it was really nice that I finally got to go in person again.”

The TWU Wind Symphony is performing their concert titled “Heart, Soul, and Voice” on Thursday at 7:30 p.m.