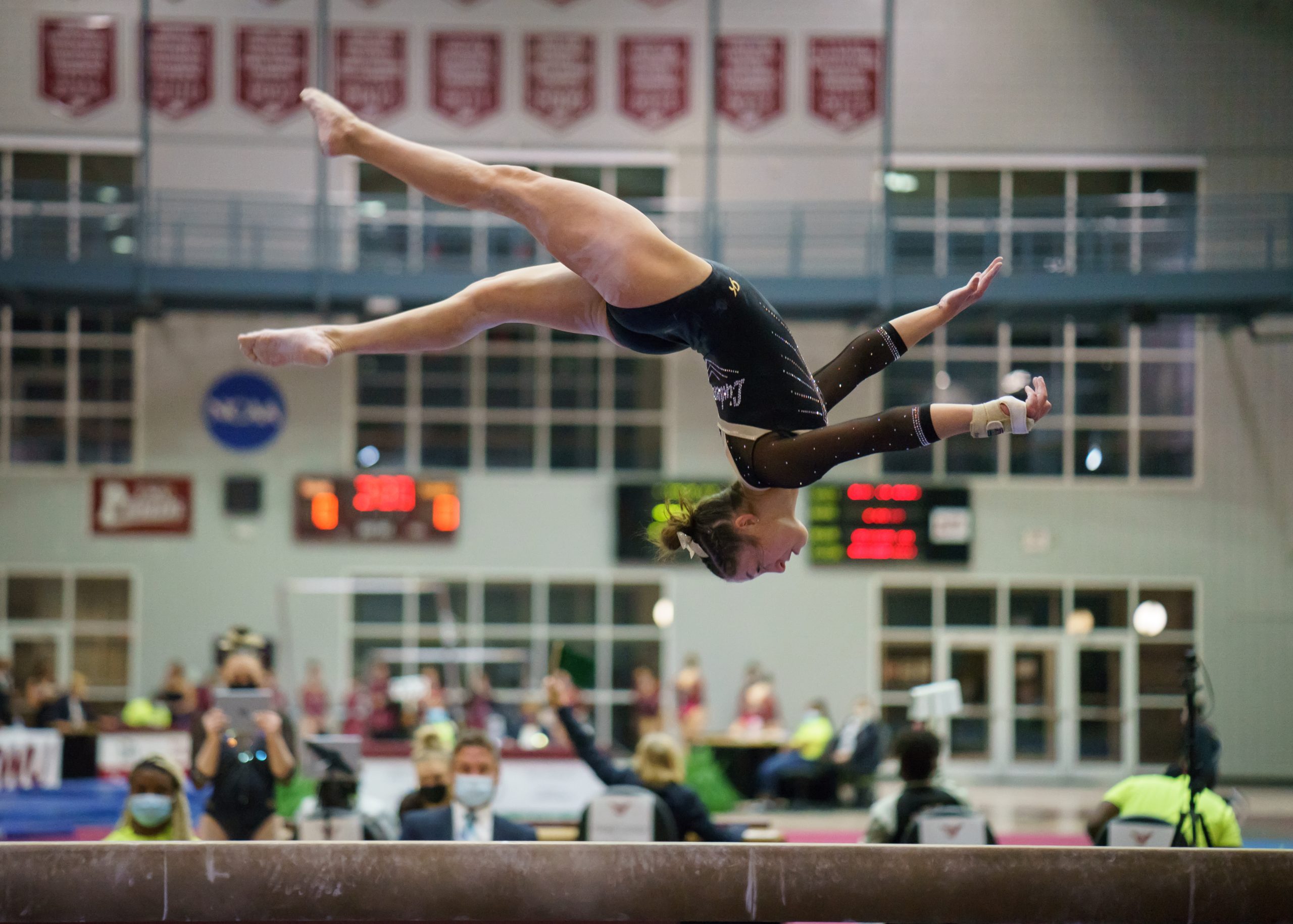 Though the Pioneers gymnastics team started off strong in their intrasquad meet last Saturday night, they fell short of first place this weekend with a score of 192.725 to Lindenwood University’s 193.00 but beat Southeast Missouri State University’s score of 190.7.

Sophomore Daisy Woodring had the highest score on vault for the Pioneers with a full-twisting Yurchenko that scored a 9.675, contributing to the teams total score of 48.025.

The uneven bars had a rocky start with two falls in the first routine by Woodring however, senior Paige Stuyniski stuck her double back dismount and received a score of 9.7. Despite a few falls, the team improved their score on the uneven bars this competition by 0.025 points receiving a total of 47.85.

On beam, the Pioneers scored a meet-best with a 48.75, topping both teams by over one point. Junior Isabel Goyco scored the highest out the Pioneers with a 9.8. All five scores were a 9.7 or above.

Goyco tied with gymnast Anna Kaziska from Southeast Missouri with a 9.8 on the floor exercise. Goyco opened her floor routine with a stuck roundoff back handspring double pike. The team cheered and danced along to her routine from the sidelines. The Pioneer’s total scored for the floor was 48.1, falling two tenths short of Lindenwood’s 48.3.

“Despite some strong individual performances tonight, we did not have the strong competition from start to finish that we were capable of,” Lisa Bowerman, head gymnastics coach said. “We are looking forward to getting back in the gym and preparing for our two-meet weekend in Missouri at the end of the month.”

The Pioneers will again compete against Southeast Missouri at their hometown in Cape Girardeau Jan. 29, then travel to St. Charles for another competition against Lindenwood Jan. 31.