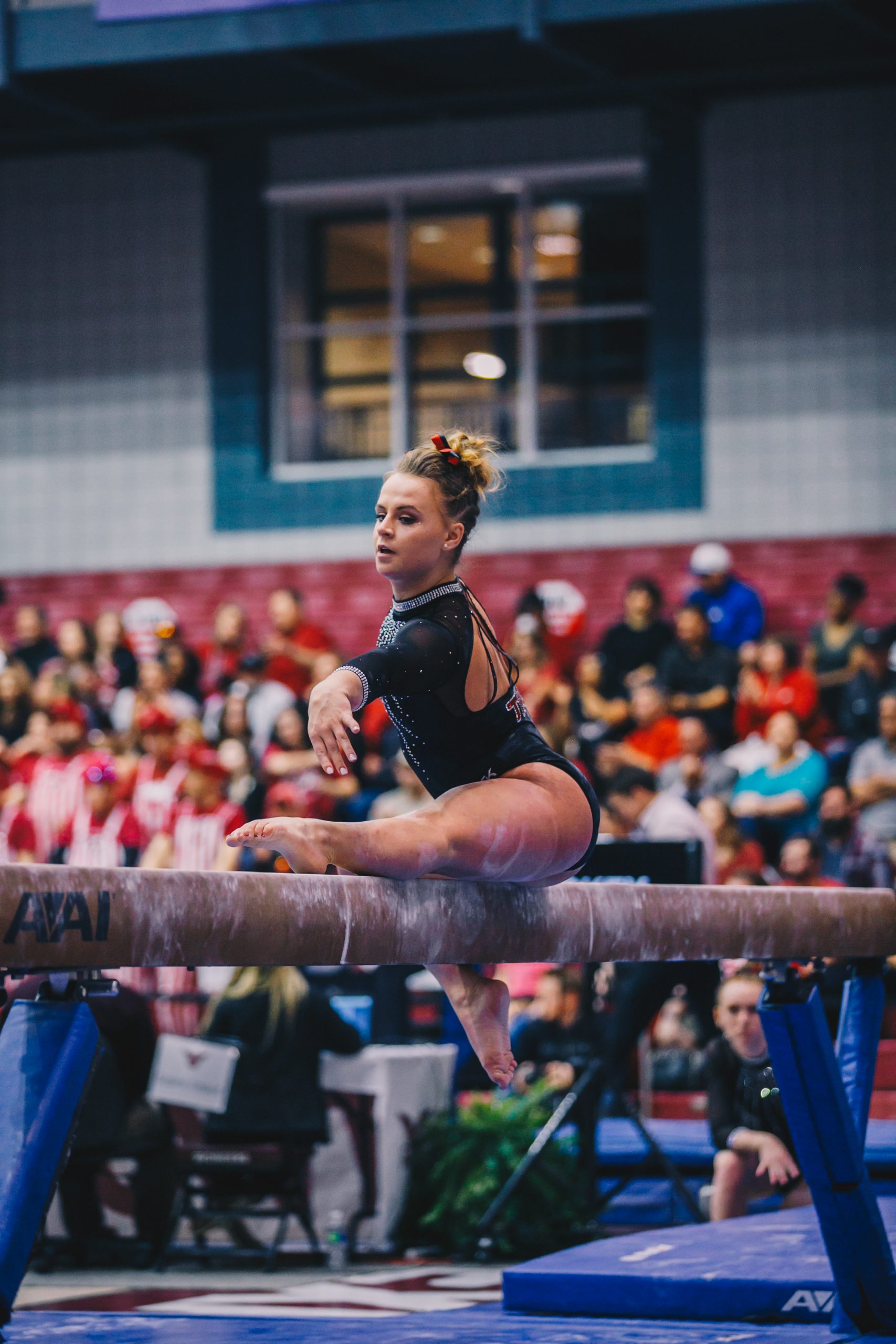 The Texas Woman’s Gymnastics team placed fifth overall in team grade point average in the Women’s Collegiate Gymnastics Association (WCGA). The TWU Pioneers had an average of 3.8456, according to a press release.

The WCGA is a nonprofit educational organization that recognizes the nation’s top intercollegiate women’s gymnastics teams and individuals for Divisions I, II and III. The WCGA is an advocate for ensuring safe, competitive and educational opportunities in women’s collegiate gymnastics, according to their website.

The Pioneers found out via text from head coach Lisa Bowerman immediately after she received the announcement that the team had placed fifth overall. Since the members of the team are spread out across the country, the girls have not had a chance to celebrate together, Bowerman said.

“To be honest, we thought [the placement] may be a little higher since it was such a strong GPA, but we know how competitive the academics awards are in a sport,” Bowerman said. “We are still very excited and proud of this incredible accomplishment.”

Among the nation’s top Division II gymnasts, incoming senior Isabel Goyco and junior Alix Pierce were selected by the College Sports Information Directors of America (CoSIDA) for their individual grade point averages. Both of them received an All-American Honoree award.

“Finding that balance between academics and athletics can seem like a daunting task, but I think it all circles back to being prepared,” Goyco said. “I am a huge advocate for planners and schedules—they help me prioritize my time and keep track of my deadlines and commitments. Over time, I’ve learned that maintaining that healthy balance also involves setting a little time aside each day for myself.

“I try to use this time to restore my body, mind, and spirit so I can be at peak performance when I need to be.”

The coaches and TWU athletics have always emphasized that student-athletes are students first and athletes second, Goyco said. She also mentioned that mindset helps the athletes succeed in academics during the height of competition season and busy training schedules.

“The first news I heard of the award was through social media, which was followed by a rush of congratulations not long after,” Goyco said. “Needless to say, I was surprised and humbled when I found out. I am blessed to have this level of love and support from the people around me.”

The team’s next competition season starts in December, but until then they are training hard to prepare for the upcoming season. Bowerman said she is incredibly excited to see what’s in store for this upcoming season and is looking forward to team-building activities and community service opportunities that were not available last year due to COVID-19 restrictions.