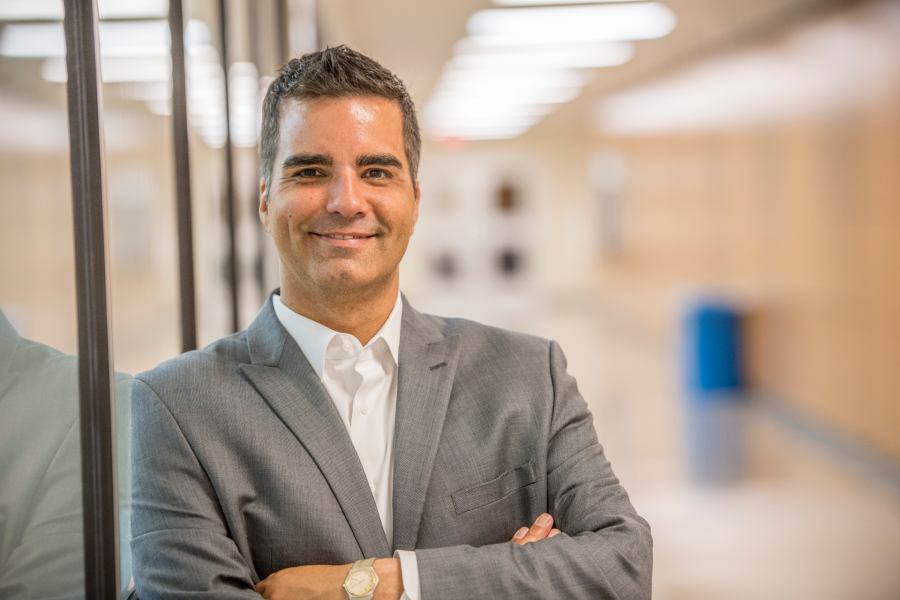 New technology developed by a Texas Woman’s University professor is offering new methods of diagnosis for patients based on their walk.

Dr. Christopher Ray, dean of the College of Health Sciences, recently received a patent for technology that can use a patient’s gait to identify potential medical events, such as Parkinson’s or Dementia, before other systemic symptoms might appear. UT Arlington professors Gian-Luca Mariottini and Aaron Staranowicz were also involved in the creation of the patent.

The idea was borne out of a decade-long research project which Ray first  began when he was a faculty member at UT Arlington.

“A lot of the work was around this kind of line of a query was basically around falls and elderly, and we had gotten really involved in kind of a subset of falls which was related to cognition,” Ray said. “So, we were looking at falls and concomitant health specifically like cognitive decline, or early onset dementia spectrum, Alzheimer’s, and we were kind of in that space. We went from really standing measures of balance, or what I would say is static measures balanced to more dynamic measures, and one dynamic measure is gait.”

Ray said he was struck by a study from the 1970s that found patients who were at a higher risk of falls could not solve arithmetic problems while walking—they would either stop walking to answer or ignore the question until they were done walking. The results pointed strongly to the link between cognition and movement, and Ray and his team began exploring ways to increase a patient’s ability to multitask, publishing their findings in 2015.

“Over time, we began to see the utility of gait, and a lot of different aspects of how it could help us identify other issues, whether it was cognitive, whether it was orthopedic, whether it was fall related or, like, might be inner ear, like vestibular,” Ray said.

Early detection is critical for treatment success, so practical uses for the technology could one day include in-home monitoring, Ray said.

“One scenario that we might look to with a pattern like this is the use of smart homes,” Ray said. “So, if every morning you walk down the hallway and you look down at your gait against your previous 100 days. So, your stride length, your stride width, the amount of time that both feet are on the floor. Each of those parameters is an indicator.

“If your stride is wider even by a few millimeters that’s because you’re dizzy, or it could be orthostatic intolerance, it could be an effect of a medication you’re on or it could be due to dehydration. It could be due to some neurological decline like a vestibular issue or something that’s affecting your inner ear, so there’s value in detecting that early.”

Though smart homes might be a few years off, Ray said there are plenty of immediate, practical applications in clinical and home settings. With many hospitals already using biomechanics labs and performing kinetic assessments, the technology could be a natural extension of that.

“You might see it in orthopedic and chiropractic settings as chiropractors and other people want to evaluate the human kinetic movement and how that relates to a treatment plan,” Ray said. “The system could be especially beneficial for those at high risk of falls, such as those that have already exhibited cognitive decline or are in a long-term care facility, where the technology could monitor several patients at once and provide a higher level of assessment.”

Ray and his colleagues now plan to discuss the patent with companies that can take it commercially, making those potentials for the system a reality.