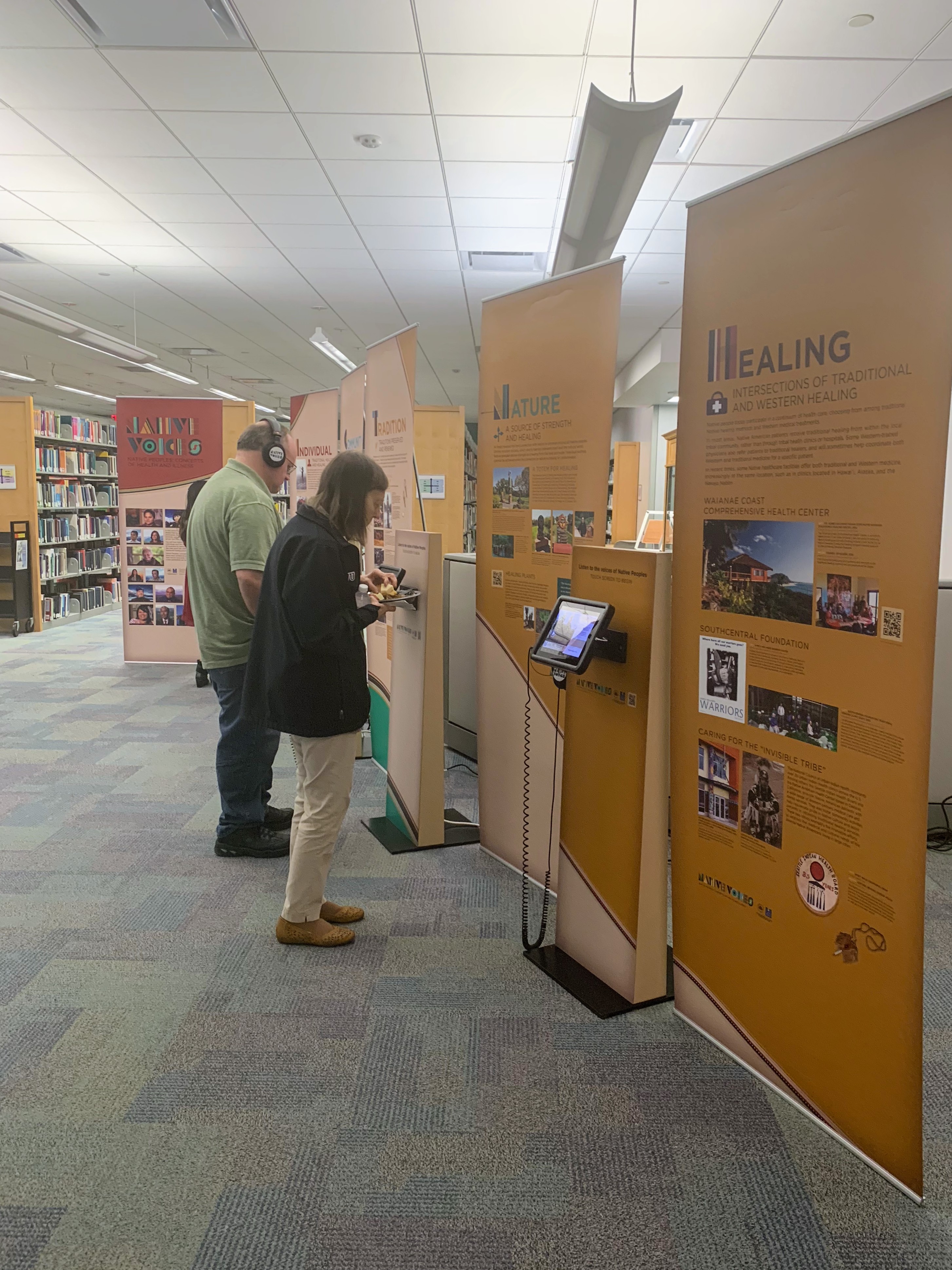 Texas Woman’s University has a new temporary feature in the library of its Dallas campus.

TWU’s T. Boone Pickens Institute of Health Sciences opened its Native Voices exhibit Tuesday with the Native Voice Welcome Reception. Speaker Annette Anderson gave a presentation during the reception, which took place from 4 to 5:30 p.m. on the sixth floor of the campus building in a lecture room by the library. The exhibit is currently displayed in the library, featuring informational stands and videos displayed on iPads, offering information on the medical practices and beliefs of indigenous people.

The display will stay in the library until Nov. 20 this year. Anderson’s lecture served as an introduction to the exhibit as a whole.

“I grew up in Oklahoma with my Native family and with the traditions I learned,” Anderson, council member of the Indigenous Institute of the Americas and speaker, said. “And I have my children here in Dallas, and they have no peer group whatsoever. There’s nothing in the school system talking about their culture in any kind of way that’s appropriate.”

In her presentation, Anderson explained the differences between Western medicine and traditional indigenous medicine.

“We look at Western medicine in terms of- people are sick, and they come to you for infusions, and incisions, and injections- but the ultimate goal is to not be sick,” Anderson said. “So, the healthcare has this very linear goal in mind.”

“If you’re comparing it with our view, or what we expect when we go to a healer, we’re looking for achieving balance,” Anderson said. “And we’re about prevention, and a circular connection of things, not a linear connection. It’s all about self-observation- our medicine people are looking for how are we off kilter, how are we off symmetry, what is our level of moderation or restraint, are we overboard in areas of eating, drinking, sleeping or exercising?”

The exhibit gives a platform to healers from contemporary indigenous communities. The exhibit is presented in visual and auditory form in order to pay homage to the tradition of oral history among these communities.

One of the videos addressed how customs have been adopted by non-Native people and commercialized for profit.

“So that’s the use of the sweat lodges – to clean and purify internally and externally,” Dr. Gregory Gomez said in a video at the presentation. “What has happened is that a lot of non-Indian people have seen what we do, or did, have taken on that custom as they have other things, and are charging for it. And some of them dictate the way it has to be done, when it has to be done, et cetera and that is not, as I said earlier, the way it should be – when we do ceremonies, there is no fee.”