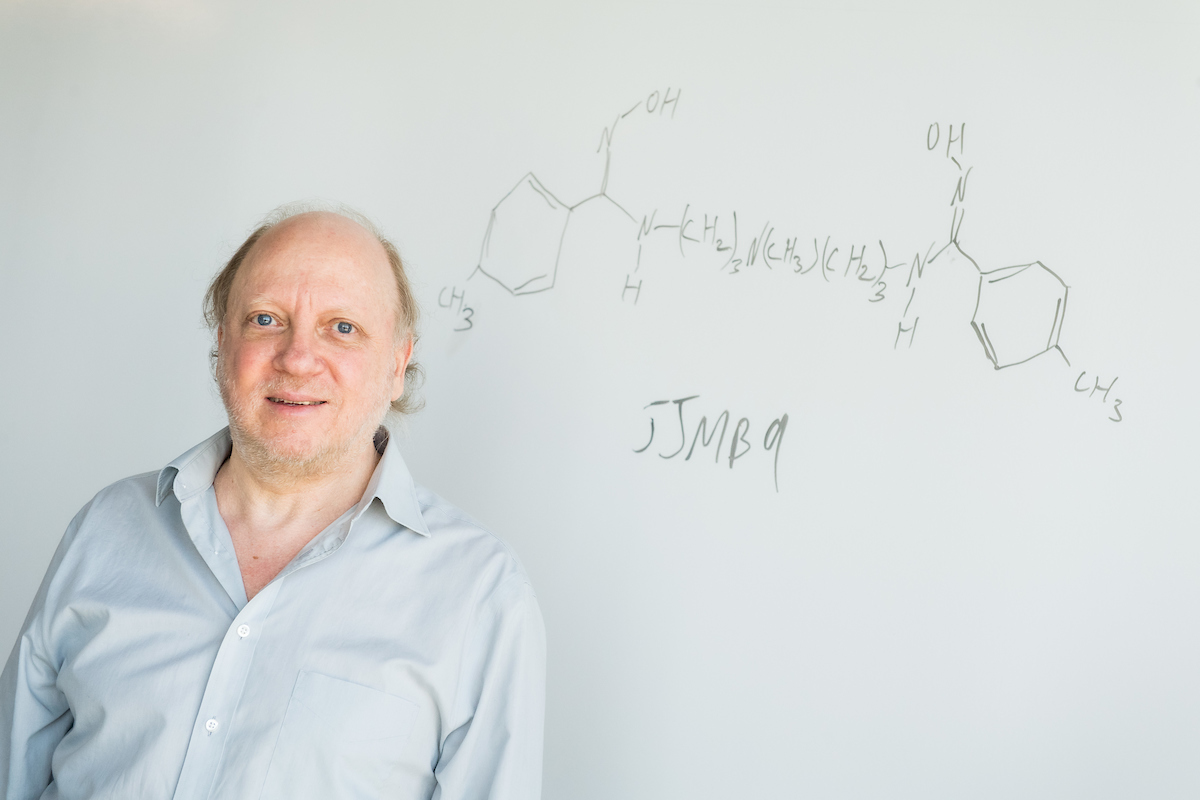 A biology team led by Texas Woman’s University associate professor Michael Bergel was issued a patent for three anti-cancer compounds earlier this month, according to a TWU news release.

The patent will help further research in preventing the growth of human breast, colon and lung cancer cells. Bergel and his team found that a compound called “bisamidoximes” inhibited cancer cells in low concentrations without killing healthy cancer cells. Of these compounds, one showed during lab tests was successful in shrinking breast cancer tumors.

Bergel and his team have worked on the research project since 2006. After continued years of work reaching this milestone was significant to the team.

Sudheer Dhanireddy, a former TWU graduate student, was part of the collaborative efforts in discovering the compounds. Alongside Bergel, Dhanireddy contributed to the project becoming patented.

Dhanireddy said that project could not have been possible without the efforts of Dr. Bergel.

“This was an initiative taken by Dr. Bergel,” Dhanireddy said. “They didn’t know the function of the compounds. When we started to look at these compounds we felt that they could be potential anticancer compounds HAD inhibitors. We started from there.”

Bergel said when he received a grant from the Texas Higher Education Coordinating Board Advanced Research program to begin the project twelve years ago there was no infrastructure, so he had to reach out to other colleagues for help.

Bergel said it began with him and another colleague who found the “bisamidoximes,” compounds that were shown to be inhibitors of a certain class of enzymes called HDIC.

“We tried nine of the compounds and found that four of them inhibited the malignant cell growth specifically on very local concentration without killing normal cells,” Bergel said.

During clinical trials, Bergel and his team were able to confirm the compounds shrunk breast cancer cells. Bergel hopes that by increasing the dosage in the trails, they will be able to totally eliminate or revert the cancer.

With the patent their work is now protected, meaning that no one can duplicate it. If successful, Bergel and his team hope to be able to collaborate with major pharmaceutical companies, after which human clinical trials will commence.

Currently, Bergel and his team are in the preclinical stage where they’re trying to prove what they observed in preliminary studies. They hope to prove that drugs are actually reducing the size of the breast cancer cells.

Not only for the team but also for TWU, the discovery is history in the making, and is only one of the few patents TWU has had, Bergel said.

“I think it’s a very proud moment for Dr. Bergel and for us who worked under him and all of us who worked in the lab,” Dhanireddy said. “It’s not an easy thing. We came a long way”.

Now with official patent status, the work continues for Bergel and his team as they work to prove their research.

“Dr. Bergel took it to the next level by getting a patent. We took this initiative back in 2006 and sincerely hope they continue to work and make more advancements into these compounds.”