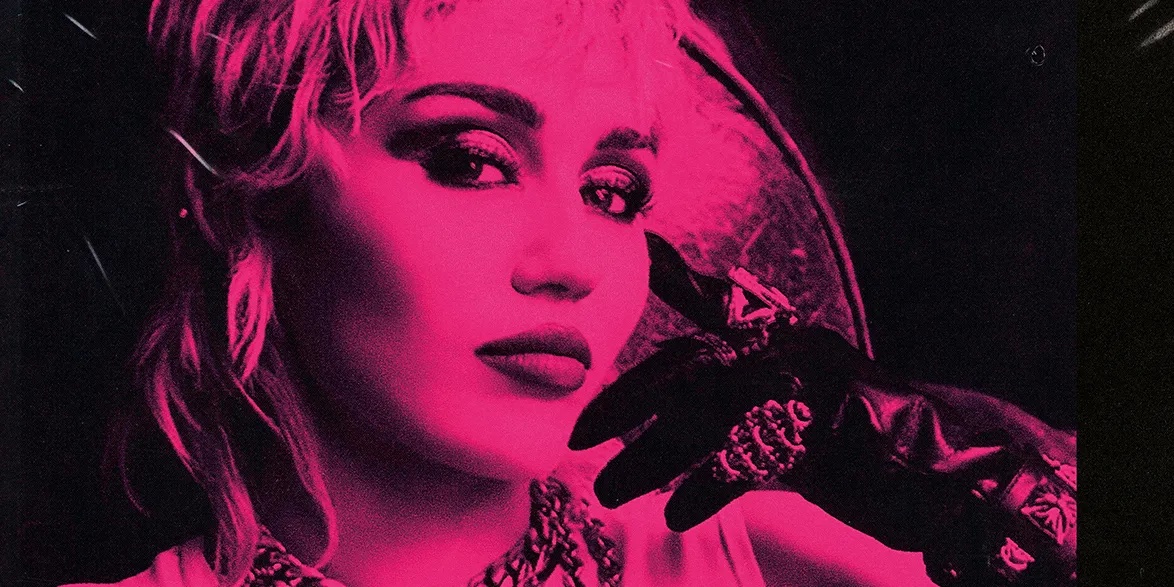 As an artist, Miley Cyrus has undoubtedly gone through a lot of changes during her career. We loved her era of “Party in the USA” and sung our hearts out to “The Climb.” Her latest album, “Plastic Hearts,” which was just released Nov. 27, has features from Billy Idol, Joan Jett, Stevie Nicks and even Dua Lipa.

Cyrus never fails to surprise us with her next project, and her new album features a blend of rock and pop music. The album cover features Cyrus in a fluorescent pink filter rocking a mullet that is reminiscent of Joan Jett.

When her album “Can’t Be Tamed” was released, Cyrus’s message was loud and clear that she was ready to emerge as a new and more mature person. After some questionable changes in her overall look and sound, “Plastic Hearts” reveals a more punk-rock side of her. I’m not sure if this sound feels authentic to her since admittedly Cryus has never committed to one particular genre. It’s safe to say, though, that this genre suits her well.

Most of the songs have a rock or punk element to them, the most prominent of which is “Midnight Sky,” and it is perhaps one of the bangers—no pun intended—of the album. With its ballad rhythm and lyrics, “I was born to run/I don’t belong to anyone,” listeners will find themselves feeling like the world is theirs to claim.

Cyrus takes us on a journey back into the ‘90s, covering The Cranberries’  “Zombie” which one can’t help but sing along with. Her voice possesses that natural low pitch sound that dominates in songs like “Bad Karma,” which features the legendary Joan Jett. We love a good cover, and Cyrus knows how to deliver.

“Golden G-String” is one of the softest songs that Cyrus gives us. It is honest and reflects Cyrus as an artist. “Golden G-string” is where Cyrus creatively explores who she is as an artist, which reminds me why I admire her.

The same goes for “Angels Like You,” which gives listeners a peek at Cyrus’ powerful songwriting. It is no question that Cyrus is talented when it comes to crafting lyrics that pull on our heartstrings.

“High” shows us that she is capable of bringing versatility. It wrestles with heartbreak and the feelings that linger after, but in a good way. Cyrus isn’t afraid to be vulnerable with her audience, and I  think that makes the album most endearing.

Overall, Plastic Hearts is not necessarily a bad album, because it possesses heart. Personally, it isn’t my favorite from Cyrus. If Cyrus would have tapped more into the rock genre it would have made the album a more memorable experience, because some of the songs just fall short. It shouldn’t be an entire surprise that you’ll find yourself pressing skip on some of the tracks.

However, one can appreciate how Cyrus has tapped into this new version of herself. Some may not love “Plastic Hearts” and what it has to offer, but there is something to admire here. The heart and vulnerability that comes forward in a few tracks make the album worth a listen.