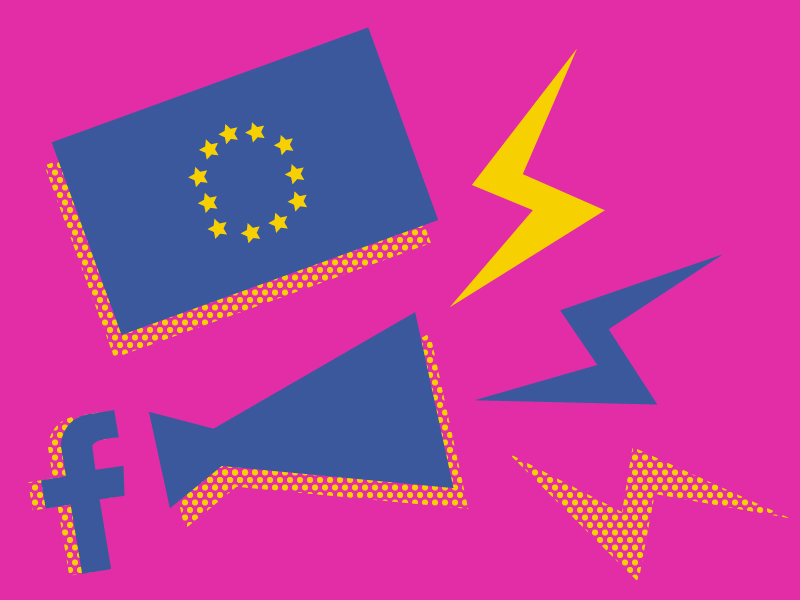 The European Union can now order Facebook to take down posts that are deemed illegal hate speech or defamatory after a ruling from the EU’s highest court two weeks ago, and honestly, that’s just rubbish.

Consequently, hateful posts deemed illegal in EU countries can be removed from Facebook globally, even in countries where they are not illegal. Facebook and free expression activists agree that this ruling could have a detrimental effect on free expression and that it is not Facebook’s right to take down posts in one country that are not illegal in another. Not only do I agree that this could potentially affect free expression globally, but I also think that it is arrogant of the European Court of Justice to think the EU should be able to control worldwide content.

When we look more closely at why the case was introduced and ruled the way it was in the first place – cue Eva Glawisching-Piesczek, former chairwoman of the Austrian Greens parliamentary group, who put Facebook in the dock – we see that Glawisching-Piesczek told Reuters the case is not about eliminating hate speech posts, but about “increasing awareness that we can successfully defend ourselves against this and that it will be used more and that this then strengthens all of us in the fight against online hate speech.” Wait – it’s not about fewer hate speech posts but it’s about fighting hate speech?

Not only is Glawisching-Piesczek’s statement contradictory, the fact that this has taken place just after the ECJ ruled that Google does not have to globally apply the “right to be forgotten,” which allows erasure of personal data by the controller under EU law, makes the ruling seem sketchy. It honestly seems like the decision was made to eliminate violent memes and conversations because Austria doesn’t want to start another world war over an Archduke assassination.

If Glaswisching-Piesczek and the ECJ are worried about what citizens are saying about politicians, we probably shouldn’t tell her the lengths American politicians take to defame their competitors.

As if Facebook needed any more issues at the moment, the ruling has surfaced in the midst of other controversies. One of these issues regards encryption allowing Facebook users private communication. There have also been requests from officials everywhere that Facebook implement a “backdoor” giving law enforcement agencies access to information that could be used as evidence against criminals.

I won’t speak further on those topics, but what I will say is that the most recent ECJ ruling that gives the EU power to order Facebook around will most likely remain a landmark case. Its contradictory nature is objectively fishy. If for a second you want to believe that the EU should have the right to determine international free speech laws, then you should probably start back at the top.