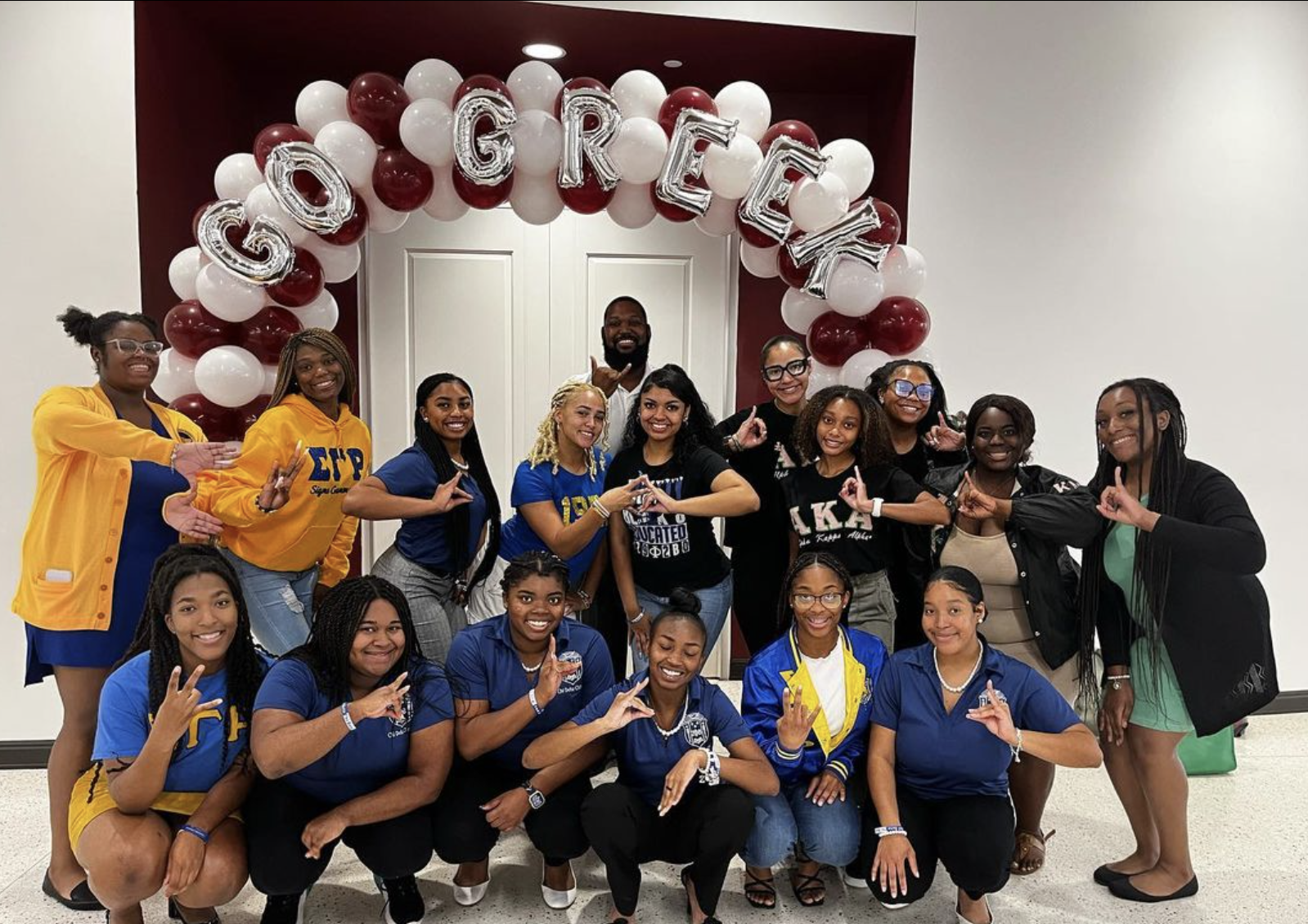 On Sept. 21, the National Pan-Hellenic Council, Multicultural Greek Council and Panhellenic Council received notice that Darius Jones, the Greek Life advisor since fall 2021, had been terminated from his position.

Jones first became involved with Greek Life when he joined the Alpha Phi Alpha Fraternity, Inc, which is a fraternity in the National Pan-Hellenic Council, during his undergraduate years at Texas State University. Now he is working within sorority and fraternity groups in higher education.

In response to Jones’ termination, a petition was made to protest his treatment, which has collected over 1,300 signatures since its creation on Sept. 22. According to the petition, Jones attended the Meet the Greeks event during National Pan-Hellenic Council week and did not inform student members of Greek Life until around 4:30 pm Sept. 21. The petition alleges that Jones was fired on the 21st due to one-sided opinions about his communication and intentions.

Kyle Voyles, the Executive Director of the Center for Student Development declined to comment, stating that he and all other TWU employees were unable to discuss any personnel-related matters at the university.

“We’re at a school that is very focused on diversity and inclusion,” Bradaisea Ridge-Law, president of Sigma Gamma Rho sorority, said. “Student-wise we have a very large population of diverse students, but I feel like staff-wise we don’t, so when we do have staff that is able to help us, we try to treasure them. I feel like they didn’t treat him like treasure, they treated him like trash.”

For the council, Ridge-Law said that they did not know what happened and that they were shocked by the news of his termination.

“You may have seen social media messages regarding a personnel matter,” Dr. Monica Mendez-Grant, the Vice President of Student Life, said in a statement emailed to TWU students. “Please know that the issue is complex in nature, and while we do not comment on individual personnel issues, Texas Woman’s University, as a community, both values and respects the voice of our students.”

“We are trying to make our voices heard because we did not get a say in this and I feel like we should have because if they are in charge of us, our opinions matter,” Ridge-Law said.

The university may have more power than students, but the students are the ones that give the university its power, Ridge-Law said. She feels as though the students should have had a say in the decision whether or not to terminate Jones, she said.

“I think the reaction to [Jones’ termination] should be larger than it is right now,” Ridge-Law said. “We are getting the word out now. I would like for the chancellor to meet with other people that were involved in his termination and let Darius speak on his own situation and if they could figure out a solution, that would be great.”

Despite the unfortunate circumstances, the councils have come together and are attempting to make an even closer Greek community, Ridge-Law said.

On Sept. 23, representatives from NPHC, MGC and PC attended Pack the Union in the student union, which was a coordinated effort between Greek Life councils and the Student Life division to discuss Jones’ termination.

The Greek councils aim to represent themselves again at the Town Hall meeting in the Southeast Ballroom on Sept. 27.