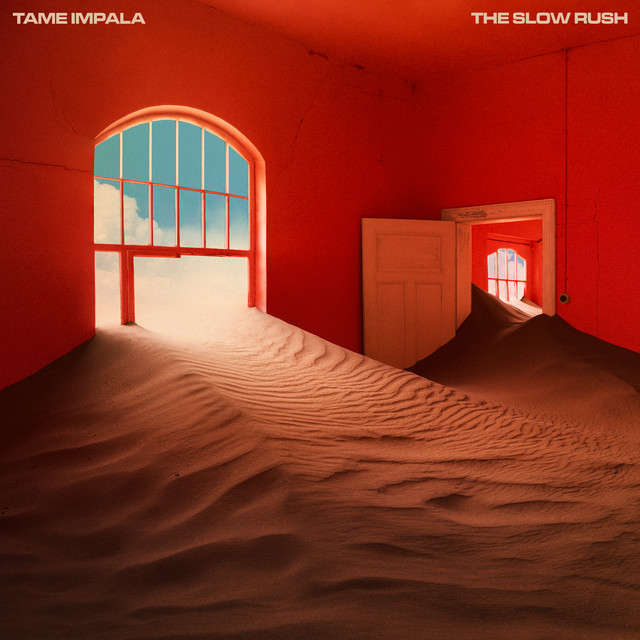 Tame Impala’s newest and most anticipated album, “The Slow Rush,” exceeds all expectations. Despite only being released two months into the new decade, the bar has been set high for future albums to beat this beautiful classic.

Cultural pressures, time, and emotions are handled throughout “The Slow Rush” in a way that feels raw and familiar. It’s as if Parker took experiences from his past, present, and potential future to make relatable yet unique stories for every song.

Tracks like “Breathe Deeper” express shifts in emotions over time like reassurance and uncertainty. Uncertainty is a recurring theme in almost every track, relating back to both emotions and time. “It Might Be Time” conveys the music industry’s uncertainty about Parker’s ability to stay relevant and keep making music.

“On Track” and “Tomorrow’s Dust” exemplifies the uncertainty felt by generation Z and millennials regarding their time here on earth. Climate change, war and mental illness all threaten this younger generation’s future. The melancholy reality of the world as “trouble keeps falling in my lap” and “the sea’s getting warmer, endlessly around the corner,” makes tomorrow seem less hopeful and more indefinite as time goes on.

These emotions err on the side of youthful ignorance throughout “Instant Destiny” and “Borderline Love.” Both of these love songs embrace the uncertainty of the future and make promises that, no matter what may come, their love will remain.

“One More Year” and “One More Hour” are the keys to understanding this whole album. “One More Year” starts you on your journey through Parker’s past and present wants, fears and hopes, whereas “One More Hour” leaves you with a better understanding of how he will move forward in the future. “I did it for fame, not for her, not for my future children, until now” is such an eye-opening lyric, immediately expressing the difference between his past and current wants.

The lyrics “I never wanted any other way to spend our lives, I know we promised we’d be doing this ’til we die, so now I feel we might” encompass the transformation from a foolish dream to the reality that his entire life now revolves around a flawed, rigorous industry and the joys of that dream coming true.

This is a revolutionary breakthrough for alternative music. It takes familiar sounds music fans love and blends in complex emotions to make an album like no other.