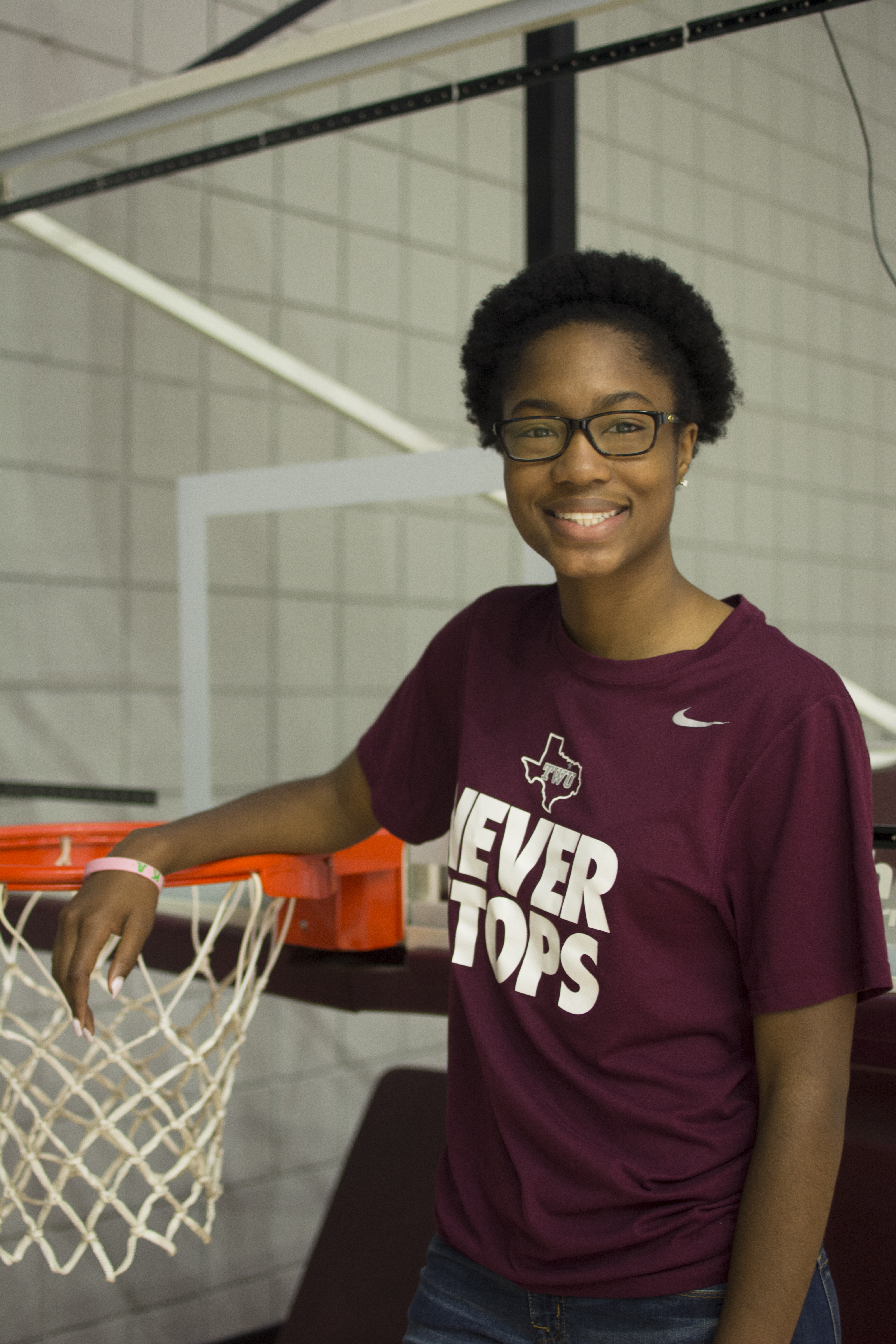 Success on and off the court

This week The Lasso had the chance to interview Senior guard Morgan Easley. This year alone, she has already racked up a formidable number of starts with 17 points scored, six rebounds, five assists, four blocks and five steals. A fun player to watch on the court, she is also vastly interesting off it.

Easley said that she has been playing basketball since a very young age: “I can’t remember the exact age I started playing, but I would say since I was six or seven.” Easley contributed the reason she started basketball to her sister: “I have an older sister. She’s now 26. I wanted to follow in her steps. I wanted to do everything she did and she played basketball.”

As for other sports, Easley shared that basketball is her main sport, but she played soccer and ran track, too. She played those two sports along with basketball until her freshman year of high school. Easley responded that dropping those two sports was to help her focus on her career in basketball, for which she was awarded a full scholarship to TWU.

Looking ahead to her future, Easley admitted that she does not see basketball in her future, “I’m an Accounting and Finance major. I think I’m going to go more into the corporate world.” In both fall and spring of this year, Easley was awarded to the Lone Star Conference Commissioner’s Honor Roll. Last semester, Easley had an impressive 4.0 GPA to which she stated, “I think academics are very important. Our coaches and the athletic department really stress the importance of academics and getting your work done in the classrooms.”

Easley says that her interest in her major has a lot to do with job security.  “I want to work at a big accounting firm or a wealth management firm,” Easley said, “Income tax accounting has been my favorite class taught by Professor Brawand.”

Away from the academics and sports, Easley says that most people do not know that she likes to read a lot. Easley claimed that the Bible is her favorite book. She shared with me her favorite verse from the Bible, “It’s Philippians 4:11, ‘Not that I speak in regards to me for I’ve learned that whatever state I am to be content.’” Easley wants to give thanks to her family back in Flower Mound and everyone who contributed to her being here at TWU.