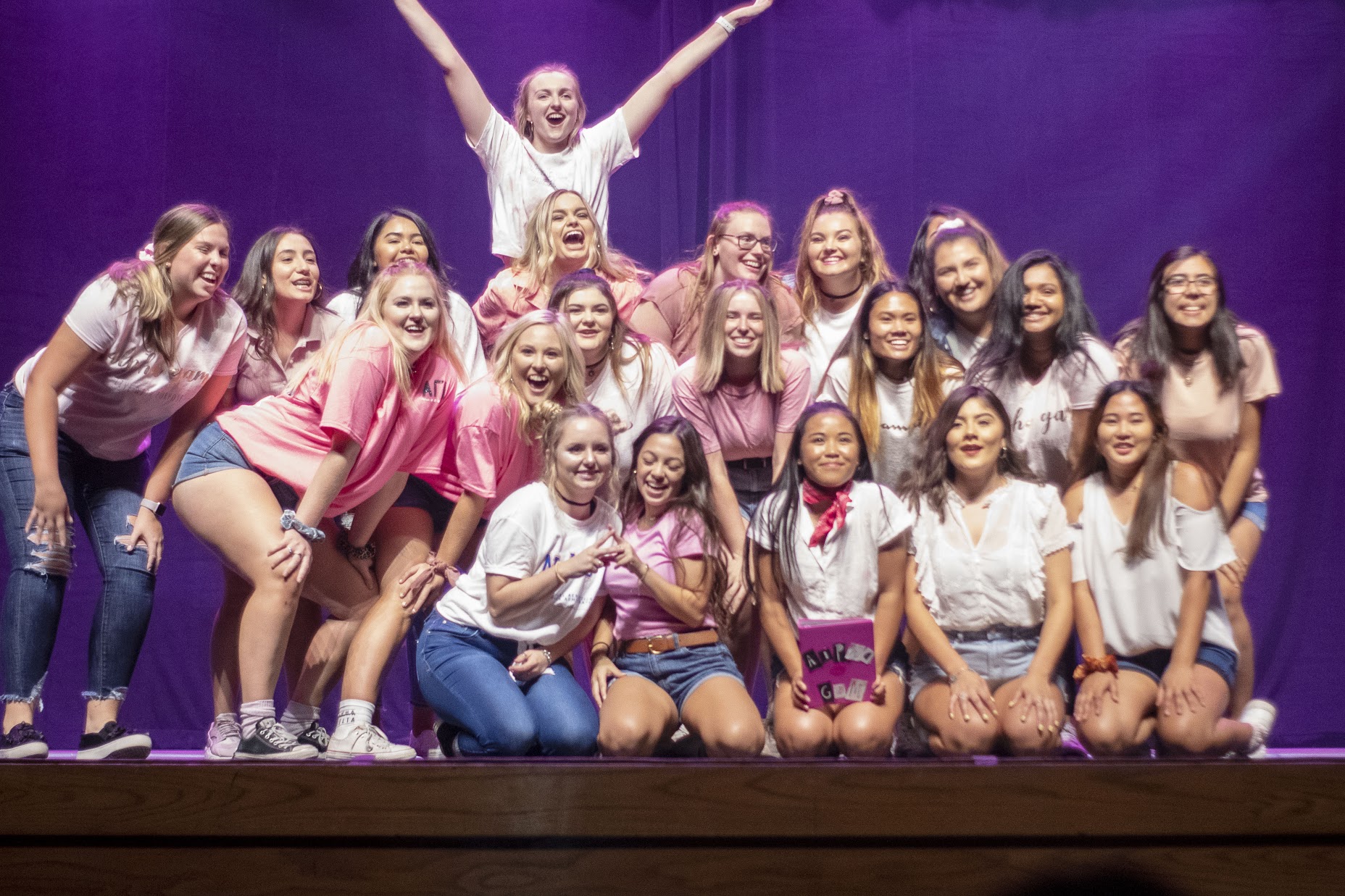 Students on Texas Woman’s University’s Denton campus got a sneak peek at what Greek life has to offer in the annual Greek Showcase last week.

“It’s about visibility of our Greek communities so people can connect with them and understand we do have these organizations [and] you can get involved,” Taylor Sandoval, assistant director of leadership and Greek life at TWU, said. “It’s for them to be able to say, ‘Here’s who we are,’ a little bit.’”

With feel-good pop hits, hard-hitting rap and 90s throwbacks, chapters displayed the lighter side of Greek life as they danced the night away. Atam threw T-shirts to the crowd during ‘energy checks’ and elicited chants and screeches from Greek organizations during frequent roll calls.

Students in the near-full auditorium responded to the performances with energy, often joining in aisle dances and singing along with popular tunes. Sandoval said having Greek chapters create routines for Showcase allows them to reflect the unique personality of each chapter and connect with students on a personal level.

“It kind of makes it more real,” Sandoval said. “Like, ‘These are real students going through the same things as me except they also have this other added responsibility of being a member of a Greek organization.’ It kind of builds a sense of community.”

Many chapters also shared the history of their organizations, along with the tangible benefits of joining including scholarship, service and, above all, sisterhood. Attendees said that spirit of inclusion among chapters inspired them to consider Greek life for themselves.

“I’m interested because I’ve never had a sister, and I think it’d be cool to be in a big sisterhood of
support,” nursing freshman Valery Rivero said.

Other students were impressed by the comradery among sororities.

“It makes it seem really fun, and you can tell they all have chemistry,” Kennedy Kenott, child
development freshman, said. “It’s pretty cool.”

For their part, Sorority members said they are proud to carry on a tradition that prefaced their decision to join a Greek chapter.

“I think it gives freshman or people who haven’t been on this campus a while a chance to see the fun aspect,” Dianyana Andabo, president of Zeta Phi Beta Sorority, Incorporated, and health informatics senior said. “It kind of introduces them into Greek life as well. I didn’t know what Greek life was until I came to a Showcase freshman year, so I think it really helps them see ‘this is a part of what Greek life’s about.’”

Those interested in learning more about Greek life at TWU can fill out an interest form on the Greek life website.

Featured image: Members of Alpha Gamma Delta come together at the close of their performance during the Greek Showcase at Texas Woman’s University’s Margo Jones Performance Hall in Denton, Texas, Thursday, August 29, 2019. Photo by Amber Gaudet.