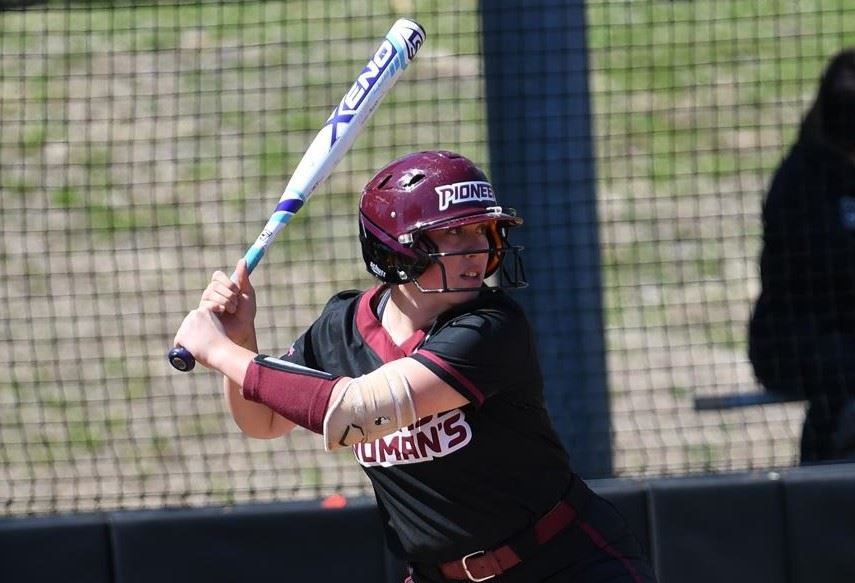 The TWU Pioneers fell to the Dallas Baptist Patriots 3-1 on Tuesday and 3-2 on Wednesday night at the Kitty Magee Arena.

At Tuesday’s game, the Dallas Patriots gained an advantage throughout the opening set ending with 25-22 but the Pioneers pushed back coming on top of the second set 25-18. The Pioneers and Patriots traded leads throughout the third match, but the Patriots ended up taking the lead winning the next two sets, 25-22 and 25-23.

At Wednesday’s senior night match, the Pioneer’s fought back, going into a five-match game but ultimately falling to the Patriots.

For student assistant Sydney McClinton and Spray, Wednesday’s match was their last time in the Kitty Magee Arena.

“A huge thank you to Sydney McClinton, student assistant for the past four years,” head coach Jeff Huebner said in a press release. “Sydney has been the perfect example of selfless servant leadership in our program. Her commitment to embodying our core values: character, growth, and sacrifice is something that every person in our program can look up to, learn from and strive for.”

“Tabitha Spray finished her home campaign the picture of consistency for our program,” Huebner said. “Not only did she post the first triple-double in our program in a long time, but she demonstrated why everyone who meets her loves her: she is the ultimate teammate.”

The Pioneer’s return to action March 9-10 at UT Tyler to start their final four games of the season.

Western New Mexico University topped TWU in Friday’s first game 4-2, but the Pioneers came back to win the second game of the night 5-2 at Dianne Baker Field.

In the first game, the New Mexico Mustangs held a two-point advantage in the second inning but the lead did not last long, with TWU finding an opening in the bottom of the third inning when the Mustang’s made an error, evening the score 2-2. During the sixth inning, the Mustangs regained their lead, then added another run in the seventh inning.

In Friday evening’s second game, the Pioneers and Mustangs held off scoring until the bottom of the fourth inning when Goulet hit a two-run double and added another run by freshman center Karlee Wickersham, which made the score 3-0.

The Pioneers added two more points to their score in the fifth inning. The Mustangs scored two runs in the sixth inning, but TWU held the lead till the end, finishing at 5-2.

The Pioneers return to the Dianne Baker Field on Sunday, March 7 against UT Permian Basin.