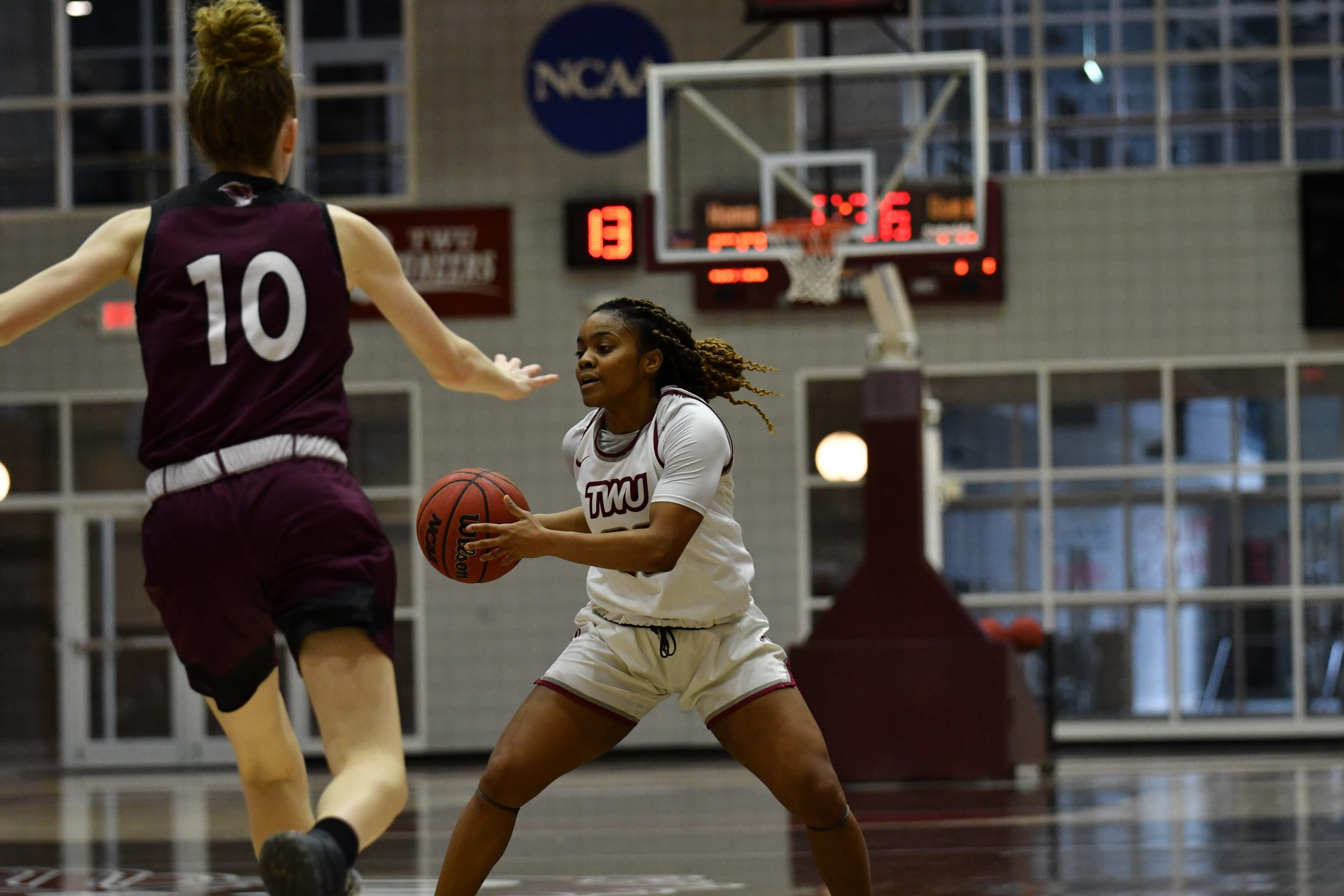 The Pioneers defeated Air Force and Centenary College by a landslide this weekend at Centenary’s Gold Dome. TWU scored a 195.125 while Air Force came in second with a 192.575 and Centenary falling behind receiving a 185.725.

Starting on bars, Junior Isabel Goyco hit a new career-high and tied for first scoring a 9.825 and Senior Paige Stuyniski followed not far behind with a 9.800. Sophomores Mara Johnson and Maddie Griffith tied for fifth with a 9.700.

Freshman Madeline Gose and Stuyniski scored matching career-highs on beam with a 9.825 securing the event title in a three-way tie with a gymnast from Air Force.

Gose received the highest score for the Pioneers on floor with a 9.825 and tied for first. Goyco was just behind her with a 9.800.

Finishing up on the vault, Sophomore Daisy Woodring took the event title home scoring a 9.800 and Gose set a career-high with a 9.775 landing in second place. Junior Domi Bonzagni and Johnson tied for seventh place with a 9.700.

The Pioneers return to the gym floor Saturday Feb. 13, at the Metroplex Challenge in Fort Worth facing Oklahoma, Iowa State, and Centenary.

The TWU Pioneers opened up their season with an exhibition on Sunday at the Pioneer Soccer Park. The Pioneers lost to the Louisiana Tech Lady Techsters 1-0.

“It’s been over a year since we’ve been able to play a meaningful game,” soccer head coach Babak Abouzar said in a news release. “It felt good to be back out on the field and have the opportunity to play a D1 team. Not the result we wanted, but there were some bright spots that we can build off of heading into conference.”

Both teams tried to score within the first minute of the game, however, the first and only goal of the game wasn’t scored until the 15th minute. Sophomore goalkeeper Baily Heffernon saved three shots from the Lady Techsters.

The Pioneers open their regular season on Feb. 17 against UT Tyler in the Pioneer Soccer Park at 6 p.m.

On Monday’s game, senior forward Ma’K’La Woods scored the most points of the night for the Pioneers with 12points. The Lady Buffs held an advantage on the scoreboard throughout the game.

Junior Jordan Jenkins said the hardest part of the season was the previous postponements and the uncertainty.

“Focusing on the positive, even if there are few during this uncertain season, has helped me to keep going and be hopeful for the future,” Jenkins said.

The Pioneers are back in action Feb. 13 to play against Texas A&M International in the Kitty Magee Arena at 3 p.m.