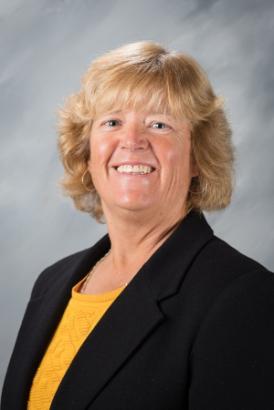 Smith earned his bachelor’s degree from the University of Arkansas at Monticello. In his most recent role, Smith was the director of athletic communications at Arkansas Tech University where he served as the play-by-play announcer for different teams and supervised the recreation of ArkansasTechSports.com.

“I am excited to be joining the Pioneer family,” Smith said in a news release. “I was incredibly impressed by the student-athletes, coaches and staff on my first visit to the campus, and I look forward to being a part of this dynamic and growing program and institution.”

Her background in basketball allowed her to get a coaching job at the college level. While most of the other coaches taught in the physical education department, Mott was allowed to teach composition classes for incoming freshmen. Mott said she fell in love with meeting the student body outside of athletics.

In 2001 while also serving as an adjunct instructor at Western State Colorado University, Mott became the assistant athletics director and senior women administrator.

“In my last coaching role, I was given the opportunity to be an assistant athletics director and just absolutely fell in love with the administrative piece of being involved in the athletics department and not just one team and seeing the assistance I can give to a broader scope,” Mott said. “As hard as it was, I hung up the whistle. We joke about going to the dark side of administration, but I haven’t looked back.”

Mott said her goal for TWU is to elevate the current sports and grow the department. The TWU community is invited to meet Mott on Feb. 4 in room 2231 at the Student Union at Hubbard Hall from 5-7 p.m. and learn more about her and her ideas for implementing growth.

“Growth is just marked by my career,” Mott said. “I can bring all of that and hopefully move us forward in a faster path, so we don’t have to hit the same roadblocks that I have hit in previous jobs. I think everything I’ve done in the previous 25 years has led me to TWU.”