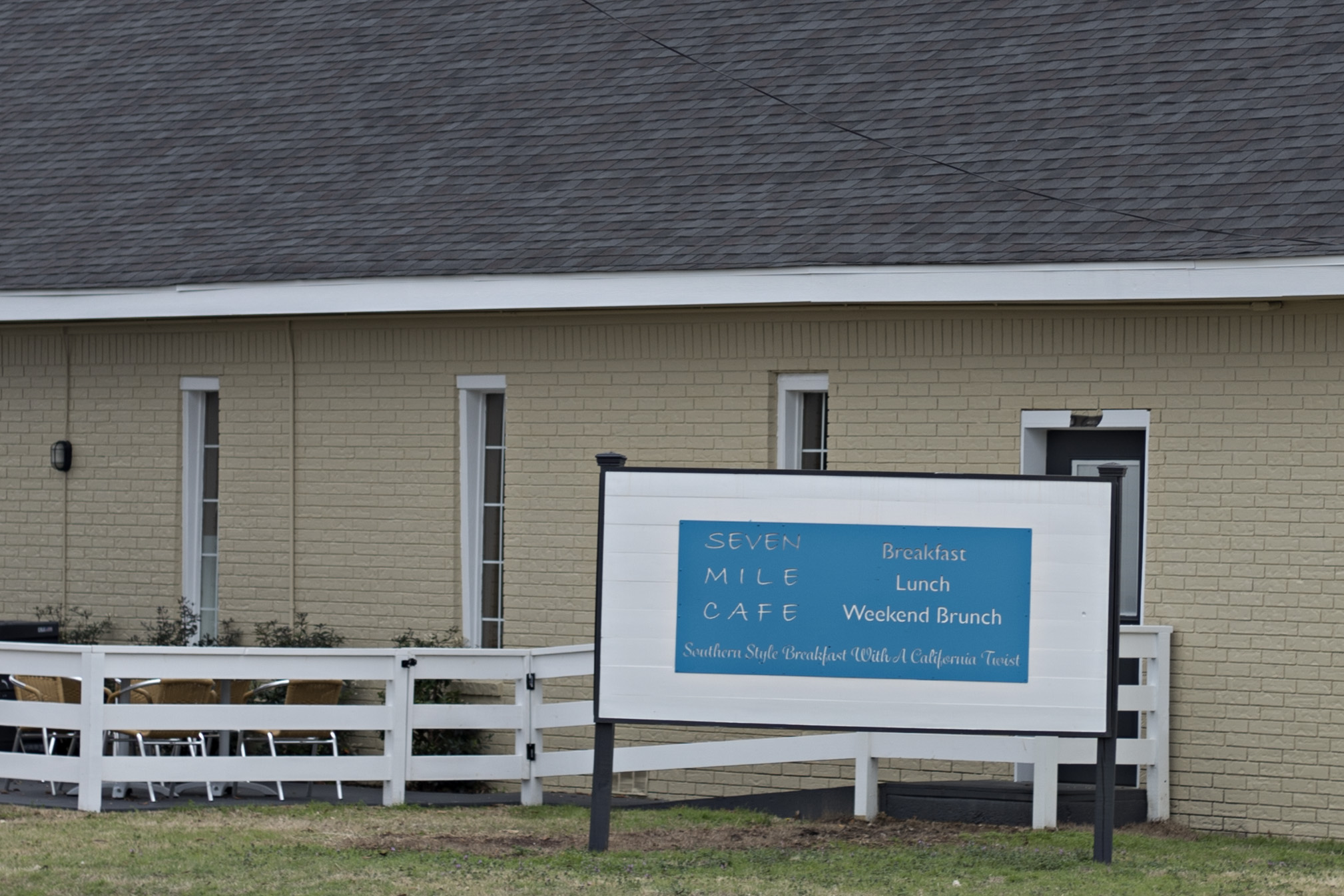 What first drew me in to the Seven Mile Cafe was the knowledge that they have plenty of vegan options. As I entered what looks like a quaint, little blue house converted to a restaurant, I immediately sensed I had found a place with real charm.

My sister, Jenna, accompanied me as my breakfast date, and we both decided pancakes and lattes were the way to go. I was contented to notice that in addition to an array of vegan and vegetarian options, Seven Mile serves almond milk as a vegan-friendly milk alternative in their lattes. We received our lattes in a timely fashion, but they were quite cold for my taste. Shortly after, I received my cinnamon roll pancake (made vegan) and Jenna received her blueberry pancake (also made vegan). Placed before us were pancakes easily as big as our heads, and we knew we wouldn’t leave hungry. After consuming what seemed like 12 pancakes, we had eaten about a quarter each of our one pancake. I was pleasantly surprised my pancake tasted exactly like a cinnamon roll, down to the icing and topped with pecans. Jenna’s pancake was reminiscent of French toast, topped with blueberries and powdered sugar.

According to sevenmilecafe.com, this homey café is not local to Denton, but also has locations in Keller and Highland Village. Hanging on the walls are various portraits of musicians and near our table was one of Bob Marley, adding to the eclectic home-style feel. According to wedentondoit.com, the owners, Kevin and Josi, originate from California and noticed the need for more vegan friendly options in Denton and wanted to “do their part” in helping create more vegan-approved meals. Discovering the passion behind this café to bring more vegan-friendly options to the community of Denton makes me like this café even more. Knowing the heart and mission behind the meals adds to the special quality of the little blue house overflowing with style and character, and I can say without a doubt I will dine here again—once I stop feeling so full, that is.