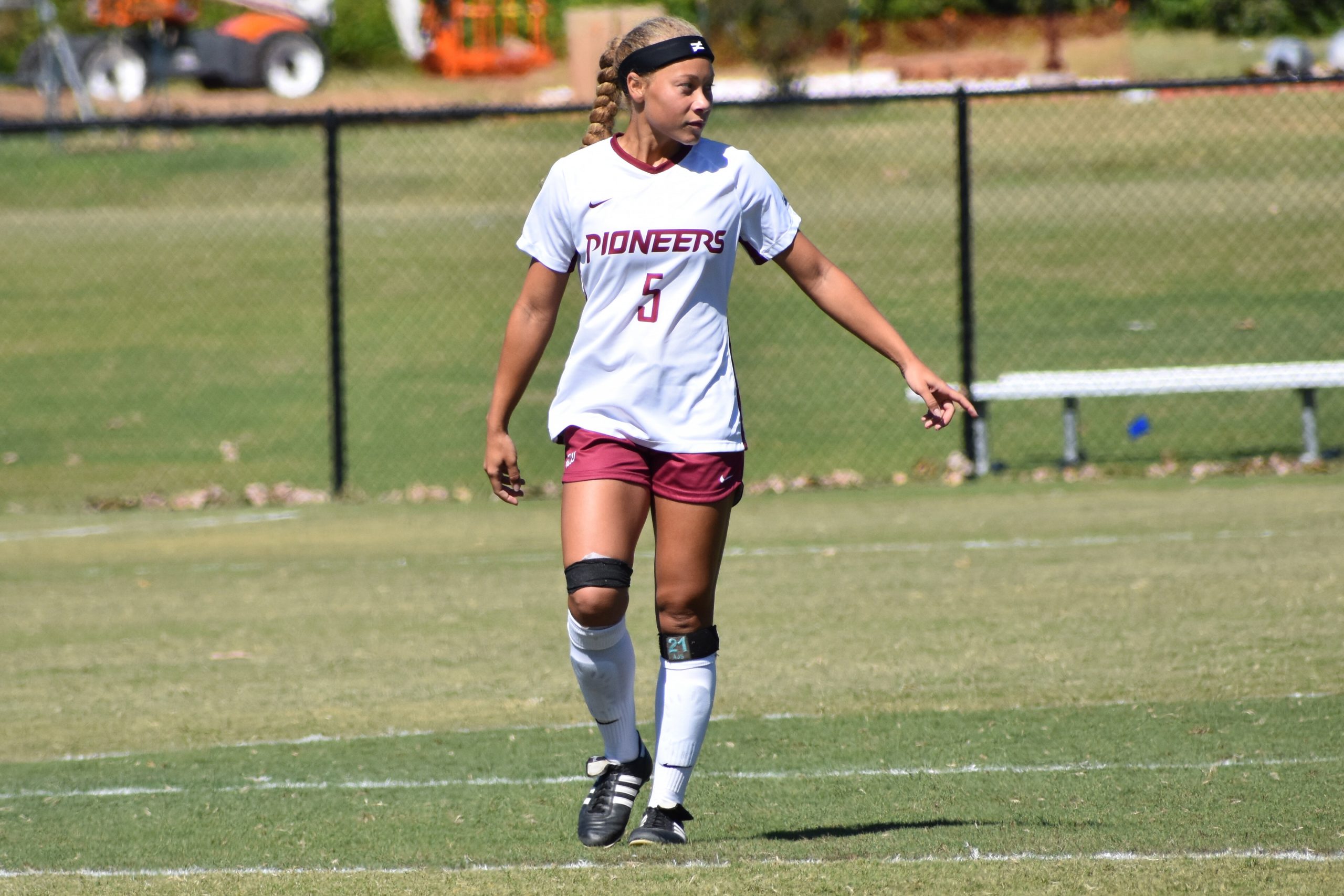 It’s not every year that a student-athlete can confidently leave their academic career behind and say that they have earned their spot as their university’s top athlete. However, there are a select number who get the chance to claim such success, one of them being Texas Woman’s University’s Brittany Jones.

Senior and captain of the Pioneers soccer team Brittany Jones first began the sport when she was 3 years old and has been playing consistently ever since. She was initially inspired by her brother, who currently plays soccer as well as competed at a college level.

During her junior year of high school, Jones began receiving offers from multiple universities from various states to play for their teams.

“My family and I were trying to decide what school is best for me,” Jones said.

She said that she and her family considered the academic programs offered as well as the location of the many schools wanting her to attend.

“Ultimately, it came down to staying in Texas, so that my family could come to all my games,” Jones said.

Since her start at TWU, Jones has been named to both the D2CCA All-South Central Region Second Team and All-Lone Star Conference Second Team and most recently, Edward Jones Student-Athlete of the Month. She admitted to being shocked at the reward and appreciative of those who acknowledged the effort she has put out on the field despite this year’s soccer season having come to an end. However, with the effort came hardships and working her way up to this point had its ups and downs all throughout the season.

Jones said that when times would get hectic, she always had her team by her side supporting her.

“We would all go to the library and help keep each other on-track,” Jones said. “We would also try to eat healthy, too, because it gave us energy and kept us going.”

Immersing herself into the amount of support she received from not only just her teammates but her family, as well, is what kept Jones motivated and on her feet.

Though she received support from those around her, Jones also knew she had to be there for herself. When getting on the field, Jones aspires to be better than she was the day before, a message she also passes on to her teammates. She said that she is always wanting more for her and her team and for each team member to reach success.

Her optimism and drive are often praised by her team and coaches. Graduate assistant soccer coach Brooke Bradley highlighted Jones’ ability to take authority, coining leadership as her best quality.

“She basically has the whole team follow anything that she does,” Bradley said. “If she sets her mind to something and she has a goal, she instills that into everybody else’s mind.”

Bradley firmly believes Jones is deserving of the spot as the Student-Athlete of the Month, going on to say her improvement over the years has built her into the hard-working and committed athlete that she has become today.

With graduation coming up this spring, Jones said her plans after college include competing in a professional soccer league, either going overseas or in the U.S.. She has been awaiting a series of trials this May and is preparing for what her life may become after the tryouts.