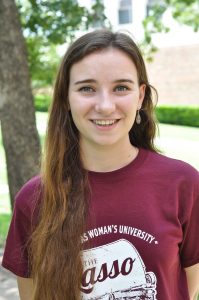 Satire has been a much-loved part of the world for many years and while some consumers simply find satire entertaining, it also serves a purpose. Satirical news media uses humor as a tool to inform and enlighten its audience. Mostly, satire is used to mock a situation or person to expose flaws, mistakes or incongruities.

On “The Late Show,” in a segment titled “A Closer Look,” Seth Meyers satirically examines different political situations every week and because of the election this year, both presidential candidates have been common topics of discussion. In a particular segment titled “A Closer Look: Hillary Clinton “Scandals” vs. Donald Trump Pay to Play,” Meyers updates the public on Clinton’s inability to remember that “C” when written in the subject line of an email stood for confidential, but also reminded the public that Trump forgot this when Meyers asked the audience :“But you know who does know that C stands for confidential? Donald Trump!” Meyers then presented audience members with a tweet written by Trump that said the letter “C stood for CLASSIFIED.” By doing this, Meyers reported factually about Clinton and allowed the audience a good laugh when he showed them that even though Trump had the upper hand in that situation he managed to make himself look foolish.

Fake news articles can also be published and written satirically. Examples of fake satirical news can be seen in a recent article published by The Onion titled “Tim Kaine Found Riding Conveyor Belt During Factory Campaign Stop.” The article had no factual basis but was published to ridicule the similarities in Kaine’s personality with that of a child’s.

Satirists also make us see other people’s viewpoints. In election years, satirists will openly blast both Republican and Democratic presidential candidates for things they’ve said or done. The point isn’t to dehumanize or degrade the candidates they talk about, but explain what those candidates are doing in a humorous light. Different satirical news media sources often berate one candidate for a misstep and then immediately berate the other candidate as well. This allows audiences to hear reasons someone might decide to not vote for the candidate they like or reasons someone else dislikes their favorite candidate.

Satirical news media cannot serve as a replacement for mainstream reporting, but it does allow its audiences a good laugh about whatever’s happening while providing basic and thought provoking information about the situation or person. It’s important because it makes everyday news understandable and relatable, which garners interest in those events that can promote audiences to research something they heard about, or take off the rose-colored glasses they view politics or society through.