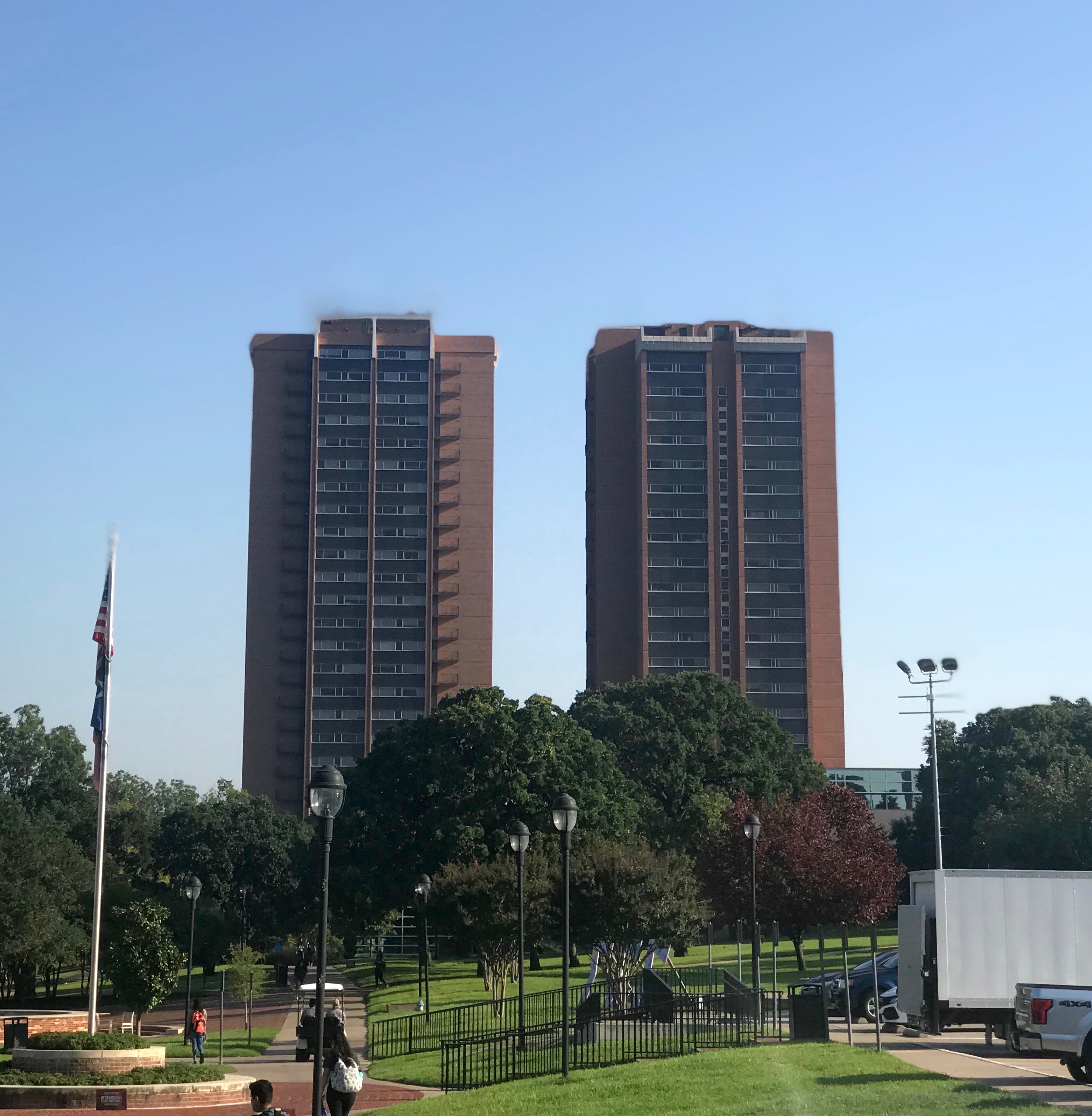 On a typical June day on Texas Woman’s University’s flagship campus, the beauty of summer blooms. Bumblebees recline on milkweeds and Pink Lantanas in the Butterfly Garden, long familiar with the haze of Texas summers. Redbud trees sway in the breeze as the campus slumbers, a sense of rejuvenation settling over the quiet landmarks in anticipation of another bustling fall semester.

This season, there will be fewer new faces to witness the annual ritual.

Orientation– a two-day tradition that welcomes incoming freshman to TWU’s campus before their first semester – will be online this summer for the first time in university history, Texas Woman’s University administrators announced last week.

Organizers decided the second week of April to move orientation for both incoming freshman and transfer students online       amid stay-at-home orders the COVID-19 pandemic necessitated.

While orientation is optional for transfer students, it has long been more than a requirement for incoming freshman – it has been a rite of passage, an induction, of sorts, into the college experience.

“[Orientation] gives them an opportunity to get a feel for what it’s like being there [on campus],” Josh Walton, assistant director for new student programs, said. “We’re really wanting them to connect with current students, with our orientation leader team, as well as connect with their peers to begin creating those friendships and those groups we can have once they come back in the fall. It’s really just helping them understand what it’s like to be a TWU student.”

In place of the in-person experience, students will be placed in a campus module for online orientation in preparation for the advising and registration processes. Orientation leaders will be available to answer questions in online discussion boards, and organizers are considering hosting Instagram Lives to foster conversations between current and incoming students.

For those who got to experience in-person orientation firsthand, though, they say the most valuable part is connecting with current students and exploring the campus.

“The most valuable thing about [orientation] for me was that it made becoming a Pioneer feel real,” theatre education freshman Lauren Hinojosa said. “Graduating high school and getting accepted was surreal but stepping foot on campus as an incoming student was a different feeling. Staying in the dorms gave me a really good idea what my living space was going to be like and helped me take into account the things to bring to fit in my space.

“It made me excited about attending in the fall.”

Walton said that while the focus has been on prioritizing the health and safety of incoming students and parents, organizers are working to find ways to offer new students rich experiences despite the necessary modifications.

If state and local regulations allow, students will be able to sign up for an optional one-day drive-in session in July to provide a taste of the on-campus experience. Pioneer Camp, which begins the Tuesday before classes start for incoming freshman, will also be extended to help students reclaim some of the in-person experiences lost during orientation.

“We’re really kicking kind of a lot of the fun stuff from orientation and moving to the Pioneer Camp,” Walton said. “Pioneer Camp this year is actually going to be two days longer than it has been before, and we’re hoping to kind of create those experiences they missed out on during the two-day, in-person orientation.”

Organizers are launching a calling and mailing campaign to support students who might experience obstacles in completing online orientation. A “special group” on campus has been dedicated to helping incoming students mitigate barriers during the remote experience, Walton said.

Still, for incoming freshman like Deanna West who are starting college amid a global crisis, the changes are taking a toll.

“It’s really hard because I want to go to college and have that dorm experience but right now, with the virus, it’s hard to know if that’s even going to happen,” West said. “It’s the not knowing that makes it hard.”

Though she understands why the changes were necessary, West said she is disappointed her experience will be a little different from the traditional one.

“When I toured the campus, I loved it – the campus there is so beautiful to me,” West said. “I was excited to learn more about the campus during orientation and just kind of figure out where I’d be going to college and everything. It’s kind of hard to not be able to do those so-called ‘normal’ things that everybody does when they go to college.”

Of equal concern amid a surge in nationwide unemployment could be the $200 orientation fee itself, though it will not be due up front, Walton said, but can be paid with financial aid. The fee will remain the same despite modifications in orientation delivery.

“The fee isn’t changing this summer because we’re adding so much into Pioneer Camp, and we’re going to be looking at the first few weeks of classes as well, adding in more experiences to help the students out,” Walton said.

Despite what students may feel is a potential downside to the changes, Walton said the pandemic has forced his department to critically evaluate their processes, and he hopes the changes necessitated by the unprecedented circumstances of the last few weeks will result in improvements in the long run for students.

“The more we’ve been working on this plan, the situation has really forced us to really evaluate everything that we do and to make sure that we’re doing everything we do is maximized for our students,” Walton said. “I think there’s some pretty neat things we’re going to be able to do for students this summer and have more touchpoints with them throughout the summer, whereas previous years, you come to the orientation and there’s a little bit of follow-up orientation afterward and then you come to camp. We’re trying to plan things throughout the entire summer so we have more touchpoints with students and can help them out.”

Above all, Walton said he hopes incoming students experience the same connection with campus culture – and their peers – as they would during a traditional orientation.

“I think the biggest thing with all of this, if we can accomplish [it], is for students to understand they’re not just dealing with a computer, they’re dealing with people – people that care and want them to be successful,” Walton said. “That’s our biggest hope and what we’re really focusing on, is just to show them ‘Hey, we know this is going on and we want to protect you and make sure you’re safe, but at the end of the day there are a lot of people that care about you and want you to be successful here at TWU.’”

Published in Campus, Coronavirus and News