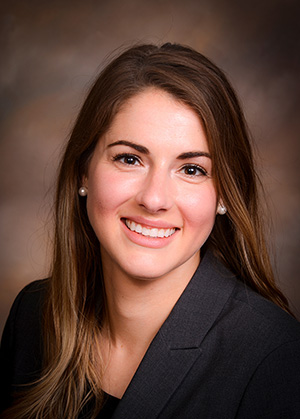 The Texas Woman’s University community continues to mourn the loss of Dr. Katie McWain, assistant professor of English and director of first-year composition, after her death by suicide Sunday, Sept. 15.

McWain’s students, as well as TWU faculty and staff, were notified by Chancellor Carine Feyten Sunday evening, followed by an email to the TWU community. In response, community members, students, colleagues, family and friends have taken to social media in various states of grief with a large variety of reactions to both her passing and the events that have followed. While some posts have been critical of the university, local press and community members, most help to paint a picture of the life McWain lived.

“For those who didn’t know her or haven’t seen her in some time, Katie was a radiant, witty, brilliant woman who was devoted to her family and friends as well as her blossoming career and having a d*mn good time,” a Facebook post from Kate Hesley, a close friend of 25 years, said. “She could show you how to smoke a cigar, teach you how to dance like the young people do, or spout off some Shakespeare,” Hesley wrote.

In an email to The Lasso, Hesley expanded on McWain’s dynamic character and their relationship.

“There was incredible passion living inside of Katie, but there was also a battle being waged,” Hesley said. “She believed in being transparent about her depression with many of us. There was an agreement we had in place for the last 15 years of our friendship that she broke recently, that if either of us ever felt that we were losing the war, we would say to the other person we were ‘in the Bell Jar,’ referencing the Sylvia Plath novel.”

McWain’s death has been complicated for many, but has encouraged the discussion of mental health, reflection and community. In a private vigil held by the English, Speech and Foreign Languages department Sept. 17, members from Counseling and Psychological Services helped facilitate these conversations, Marcella Clinard, said. Clinard, a doctoral candidate in TWU’s multicultural women’s and gender studies program, attended the vigil Tuesday night.

“The counseling center encouraged us to take some self-inventories going forward and check up on each other,” Clinard said. “I think that death by suicide is just really difficult to process, and so I think it’s normal to feel guilt. Some of the counselors were saying that if you’re dealing with your complicated feelings to have grace with yourself and have patience with yourself and know that suicide is a really complicated thing that, most of the time, there’s not one single thing that causes it.”

To address these complicated forms of grief, Feyten asked that the previously planned AORE Campus Challenge walk the morning of Sept. 16 be used as a time to reflect on McWain’s life.

“It’s important anytime that people get together to celebrate things, but it’s also important to get together as a community to grieve and be together and acknowledge what Katie McWain has contributed to the university and to every one of you, individually,” Feyten said at a speech in lieu of the previously planned AORE Campus Challenge kick-off.

Additional resources were provided for students, faculty and staff as CAPS offered three support group sessions and the Little Chapel in the Woods was opened to remember and reflect on McWain’s life Monday, Sept. 16. A reflection table was also set up in the student union Sept. 16 and 17 for the TWU community to share their thoughts on the Denton campus. Dr. Genevieve West, chair of the English, Speech and Foreign Languages department, spoke for the faculty, staff and administrators who have struggled with handling this situation.

“It’s hard at my level, it’s hard at the dean’s level, it’s hard at the provost and chancellor’s level- there’s no instruction book for this,” West said. “None of us have ever done this before, and we hope never to do it again. We’re just trying to kind of figure it out and do the very best we can, not only for our students, but our faculty and our staff and Katie’s students.”

The voices of those who knew McWain have outweighed the discussions concerning the university’s decisions not to inform students of McWain’s manner of death or close campus the Monday following. Instead of these conversations, her colleagues and friends said they will remember her, namely, for her compassion and focus on the little things.

“What was most striking [about Katie] wasn’t that she was so intelligent and so clearly capable of doing high-level research and running a program, but what struck me was how kind she was,” McWain’s friend and colleague Michael Cerliano said. “She was very warm and personable with us, but the thing that really won me over was when she took over my class for the day and she took time to learn my students’ names. She was only going to see this kids this once, right, because they were 1023 students and, so, they were moving on afterward- she wouldn’t be back until the fall, anyway, but she learned their names- used their names- made them feel special and made them realize that they mattered, and I thought that was pretty in amazing in such a short time.”

Many of McWain’s colleagues expressed their appreciation for her ability to listen and care.

“She literally would just stop and look and make eye contact and be present with me like nobody else was in the room, and I felt like that made a huge difference for me, because at least I knew that somebody was listening and cared, you know, not that more didn’t, but I felt that from her,” Carla Wilson, a doctoral candidate in the multicultural women’s and gender studies program, said. “You don’t always feel that from [others]- they’re busy- who’s got time to stop and do that? But she made the time.”

McWain’s colleagues also said that she not only listened, but remembered.

“People on campus who know me also know that I talk, well, quite a lot- so many words,” Dr. Brian Fehler, an associate professor of rhetoric at TWU, said. “I don’t even remember, myself, much of what I am saying, most of the time, such is the flow of words- but Katie remembered. So many, many times, she would comment to me, or send me an email, about something I said in passing- or what I thought was in passing- but Katie McWain? She remembered, really remembered, what people said, held on to their words and truly valued them.”

Things that seem small to others were big to Katie, her colleagues said, and among those things were sticky notes and words.

“I think that she knew enough how much careless words might hurt, because she was really careful with her own to a degree that most people are not,” Dr. Gray Scott, associate professor of English, said. “She was extremely kind to colleagues and students and everybody I saw her work with.”

Known for her carefully composed words and tokens of encouragement, McWain is also remembered by her peers as an academic with a plan and purpose.

The roles that she held in numerous capacities at TWU were her passion, West said, and the contributions she has made will remain.

“She took her responsibility of running the program [First-Year Composition] very seriously,” West said. “It was very, very important to her that she do it well, and she has put us on a trajectory- on a path- that I think will make the program better and, I think, will have an impact on our first-year composition students for years to come.”

As the community mourns McWain’s loss, they look for ways to remember her life and work during her time at TWU.

“Katie was a passionate advocate for graduate students and contingent laborers,” a Facebook post from TWU English, Speech, and Foreign Languages page said. “In lieu of flowers, donations in her name may be made to the TWU Foundation (https://pof.twu.edu/mcwain) and will be used to support these communities. We will never forget you, Katie.”